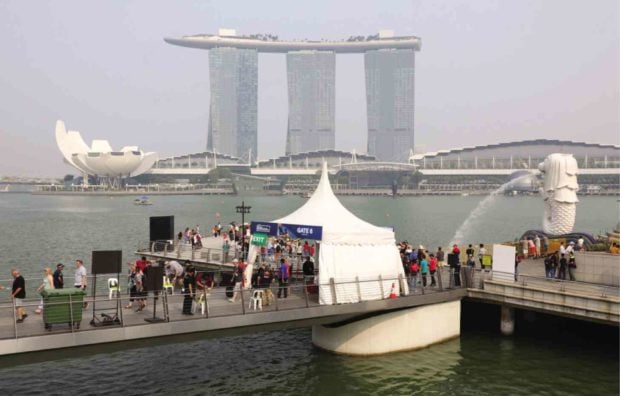 Dubbed as the “Monaco of the East”, Singapore’s bayside location is the ideal backdrop of Asia’s premiere F1 race.

This year’s Singapore Grand Prix (SGP) drew an attendance of 268,000 fans, the second highest since the inaugural year in 2008, and a new record in its 12-year history for a non-inaugural year.

Here’s why the SGP remains one of F1’s most popular race.

With several gates around the peripheral area of the entire track, there are 4 zones and 9 gates to get into the race fairgrounds. Since the SGP is located in the heart of Singapore, entering and getting out of the street circuit is very easy. One can step out to grab a bite or stay inside and sample the various food and beverage offerings in the fair grounds. There are many shops, restaurants and bars nearby of a pre-race and post-race dining experience.

Monaco of the East

Singapore and Monaco have some striking similarities. Both are located by the sea and have a strong boating and yachting community, and in recent years, Singapore has embraced the culture of casinos and high stakes gaming, making it the ideal playground of the rich and famous in Asia. The SGP is also the only F1 street race in this part of the world.

The Singapore Tourism Board supports the SGP by staging various off-track events and activities across the entire city-state of Singapore so visitors can enjoy a myriad of after-parties, pop up events and race-themed activities to sustain the festivities in key areas like Clarke Quay’s bar scene, Orchard Road’s shopping district and the new Jewel mall at the Changi Airport.

Every year, the SGP is an action-packed affair, and all types of near misses and close calls, and this year was no different. The Safety Car had to be deployed three times this year due to collisions and accidents, adding much drama to the race.

Aside from race fans, SGP has a huge mainstream draw thanks to its line up of concert artists and DJ’s total 130 hours of continuous entertainment, ensuring a jam-packed race weekend every year. This year’ entertainment line-up included Swedish House Mafia, Muse, Gwen Stefani, Fatboy Slim, Hans Zimmer, as well as The Lighthouse Family, and with the Red Hot Chili Peppers closing the post-race entertainment in front of a 65,000-strong sell-out crowd at the Padang Stage. 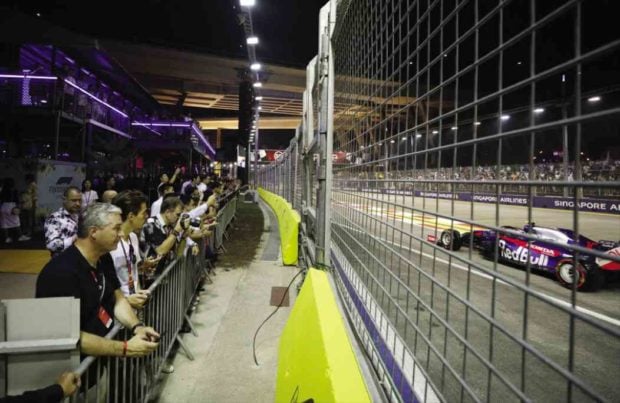 Walkabout tickets are just as fun and offer the best value-for-money in F1.

Inside the Marina Bay Street Circuit is SGP’s hot new lifestyle destination, the Twenty3. With its own and new line-up of Michelin-starred chefs, trendy food and drink experiences, a whisky and rum speakeasy, the circuit’s only nightclub and unparalleled trackside views.

For a more traditional but very lavish trackside experience, SGP continues to offer its sensational and strategic views of the race circuit at the Sky Suites. Whether right across from the team garages at the Pit Straight, or action-packed corners at Turn 1 or Turn 2 while enjoying the suite’s delectable fare from a world-class menu and pairing it free flowing champagne, fine wines and spirits, beers and other drinks available in every suite.

SGP sets the stage for the season’s best comebacks

After 392 days of no wins, F1 champion Sebastian Vettel took home this year’s SGP win, ahead of teammate and crowd favorite and Ferrari rookie Charles Leclerc. Vettel won the most number of races in SGP, with a total of 5 wins, 1 win ahead of Lewis Hamilton who has 4 wins in this circuit.

Midfield battles are just as exciting

It’s not only the front row battles that are exciting, the midfield rat race is just as exciting. Last race showed the “best of the rest” drivers in high-octane race action, including a race accident for Lance Stroll and unexpected retirement for Sergio Perez.

Race fans can also watch exciting support races including the Porsche Carrera Cup and Ferrari Challenge, where gentlemen racers pit against each other in wheel-to-wheel action of their powerful race-prepped supercars. 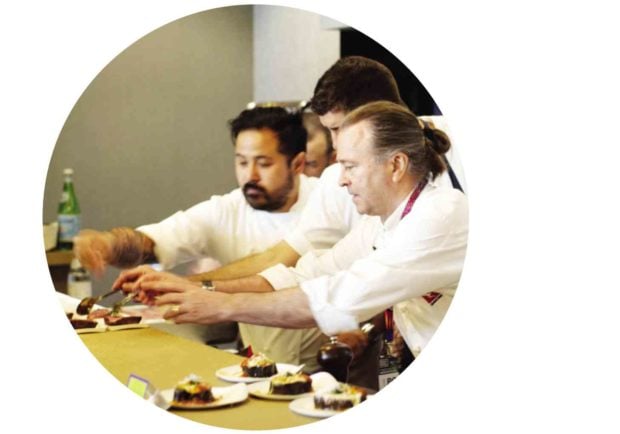 F1 newbies and even concert fans would purchase walkabout tickets, which means these tickets do not come with a designated grandstand seating, and people are free to go around certain zones of the circuit to watch the myriad of concerts and other entertainment activities besides the races. There are so much activities packed in the 3-day race weekend, and these walkabout tickets are really a value-for-money purchase.

There are a lot of stuff to choose from various SGP official merchandise or F1 team merchandise to show your support to your favorite team. Fans also would buy past season merchandise at huge bargain prices.