Travel Diary Part 2: From sea to sky with a Toyota Hybrid 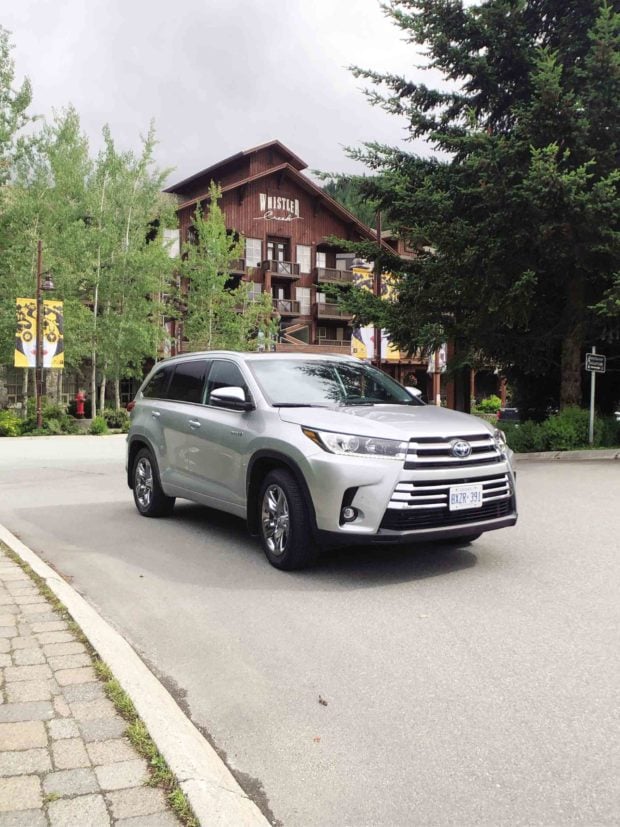 I’m back for more stories on our family’s Vancouver adventure which taught us how to be independent and domesticated. After staying downtown during the first part of the trip, we embarked on a journey that took us to the idyllic destination of Salt Springs Island and the mountains of Whistler.

Our ride for this part of the trip was the Toyota Highlander Hybrid. The Highlander is a crossover between an Innova and a Fortuner. It is not available in the Philippines, but recently, Toyota Philippines launched the new Altis Hybrid.

Much ado about hybrid

A hybrid is defined by Wikipedia as a vehicle having two different motors working at different speeds; the electric motor is more efficient at producing torque, or turning power, and the combustion engine is better for maintaining high speed (better than the typical electric motor). Switching from one to the other at the proper time while speeding up yields a win-win in terms of energy efficiency, as such that translates into greater fuel efficiency.

The launch of the Toyota Corolla Altis Hybrid at a price point of P1.5 million democratizes energy/fuel conservation. Before, a Prius will cost above P2 million, which makes it available only to moneyed environmentalists. In terms of performance, our experience with the Highlander was fuel savings, ease of drive, and a quiet comfortable ride which significantly outweighed the lack of power in comparison to its pure petrol siblings.

We received an invitation from my sister-in-law to celebrate Canada Day at Salt Spring Island. This quaint island is in-between British Columbia and Vancouver Island, which hosts a famous Saturday Farmers market. There the artisan residents sell their homemade gourmet food, art, sustainable clothing, and coffee. With its mild weather and laid back lifestyle Salt Springs has become one of the “it” places to visit in Canada.

We had to take a hour-long ferry from Tsawwassen to Gulf Point, onboard a Highlander packed to the brim with two weeks of necessities. The vehicle is a 7-seater with enough luggage space to accommodate a large Rimowa luggage, a medium-sized Samsonite, and two rolling carry-ons, plus the individual bags. The seat configuration was at 2/2/3 with captain’s chairs on the second row.

Packing for seven people going to several destinations was a nightmare. One thing that worked for us, though, is that we packed our stuff per area, so we didn’t need to open other bags which meant less stuff to pack.

The celebration was at the Royal Vancouver Yacht Clubwhere we witnessed first-hand how Canadians celebrate. It consisted of a chili cook-off, ax competition, corn husking and street hockey. No western celebration is complete without a barbecue so we also had a steak celebration before going up the mountains. To make this Filipino, we just needed a karaoke machine.

Whistler in the Summer

Whistler is known to be a winter destination, but there’s an activity overload in the summer. Ski and snowboards are traded for mountain bikes, ATVs and hiking gear. But don’t be fooled. The Whistler summer is still cold for us tropical citizens, and there was always a big chance of rain.

As a practice, we always situated ourselves where the action was on our first trip. So we stayed near the Village, a cluster of stores, restaurants and hotels. One highlight was staying at the Olympic Park where kids can spend the whole day playing in a huge playground and surrounding forest trails.

But on the other side of the Village, by Blackcomb mountain, there was a host of activities waiting to entertain our kids such as go-karts, trampolines and rope climbing. Good food was also in abundance, as well as grocery stores with a wide selection of organic produce. Our favorite was Earls, Portabello at the Fairmont, and Cows for ice cream.

Our travels are not without incident. When we were visiting the Salt Spring Cheese Company, my son Andre who is eight years old got stung by a bee. As a “worst-case scenario” mom, we had some antihistamines in our first aid kit to counteract any allergic reaction. But we were also getting ready to go to the hospital. Little did we know that his older cousin Miguel who is twelve, beat us to it when he fell off the bike and broke his arm. 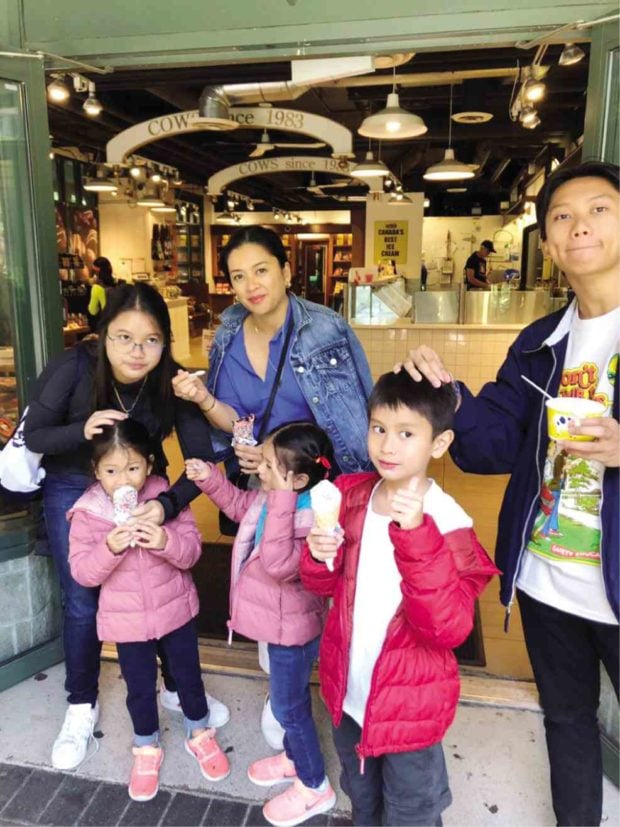 The author and her kids

A few minutes into an easy mountain bike ride around Whistler (we are both experienced bike riders, him more than me), I misjudged a curb and fell headfirst. In my mind, I heard the sirens of an ambulance, but that was just my overdramatic writer’s mind. I was able to walk or should I say limp away with some scratches, a sprained ankle and a bruised ego.

Since we are such heavy travelers, we opted to buy a full year travel insurance coverage from Standard Insurance. We realized that buying an entire year not only saves you the hassle of buying every time you travel, but also saves you a lot of money since the premiums are smaller. Our coverage included canceled flights, lost luggage, and most important of all was hospitalization, and other inclusions when things go bad. Another plus is that you can buy this online.

Traveling is one of the greatest pleasures in life. It has been one of our family’s non-negotiables. Not only does it allow you to see the world, but it also helps you learn about yourself and your travel mates. As Mark Twain said, “I have found out there ain’t no surer way to find out whether you like people or hate them than to travel with them.”