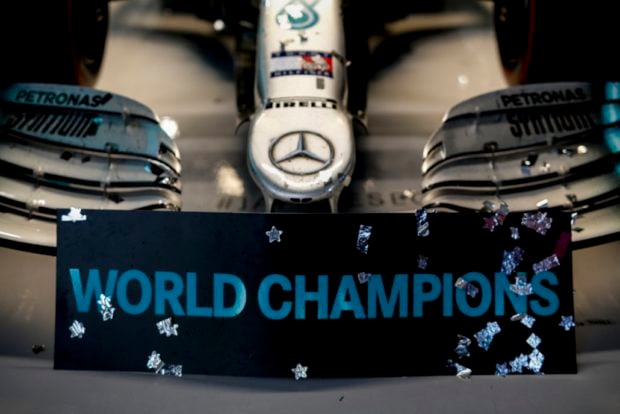 This says it all.

MERCEDES-AMG Petronas became the first manufacturer to secure six consecutive Formula 1 constructors’ championship titles as drivers Valtteri Bottas and Lewis Hamilton converted second-row starts into a win for the former, and a third-place finish for the latter, at Sunday’s Formula 1 Japanese grand prix.

Bottas, third on the starting grid at the Japanese grand prix, took advantage of a bad start — nearly a jumpstart — from pole-sitter Sebastian Vettel of Ferrari to claim the race lead at Turn 1. Vettel’s teammate Charles Leclerc also threw away his race as he collided with Red Bull Racing’s Max Verstappen at Turn 2 of the opening lap. 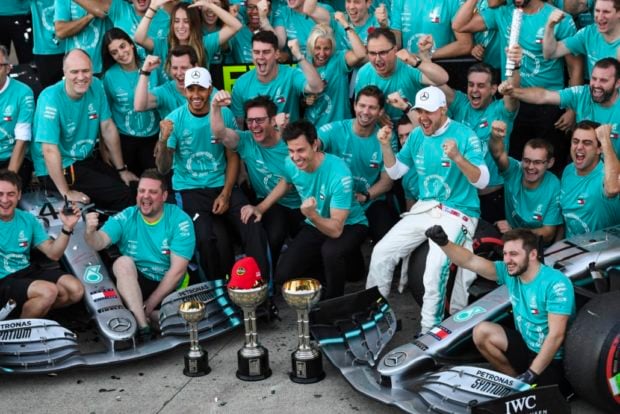 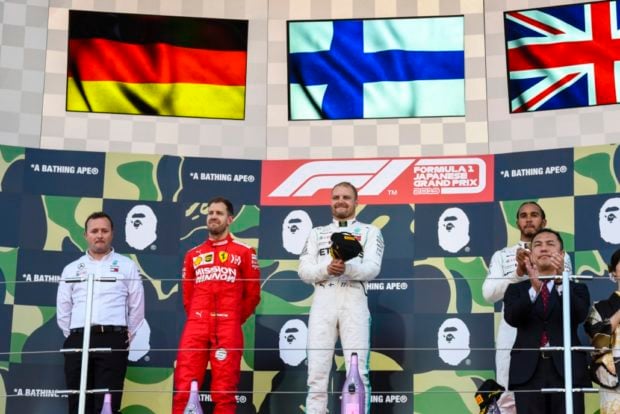 Valtteri Bottas stands on the top step of the podium as Sebastian Vettel (left) and Lewis Hamilton (right) take the next two spots.

Bottas’s Japanese grand prix victory is his sixth win in Formula 1 and his third in the season.

Hamilton added to points he garnered from his third-place finish (he started from fourth) by recording the fastest lap of the race. It was his fourth fastest lap record at the Japanese grand prix, equaling that of Michael Schumacher’s in the same Formula 1 round.

With 612 points, Mercedes-AMG Petronas leads Ferrari by 177 points in the constructors’ championship.