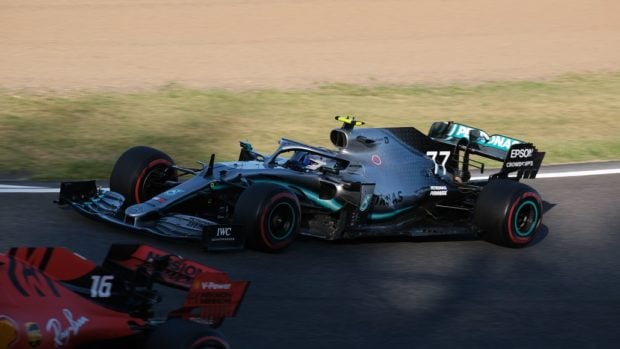 THE Japanese Grand Prix has long been a fan- and driver-favorite, thanks to the Suzuka racetrack’s unique features which test drivers’ skills and cars’ aerodynamics — this is truly a proper racing circuit.

Many titles have been won and lost in Japan, and this year Mercedes-AMG Petronas arrived in Suzuka needing only a couple of points more in order to lock in its sixth constructors’ championship title.

The race weekend did not start well. The threat of super typhoon Hagibis slamming into central Japan casted doubts on whether the race could, and should, continue. But as the saying goes; the show must go on. 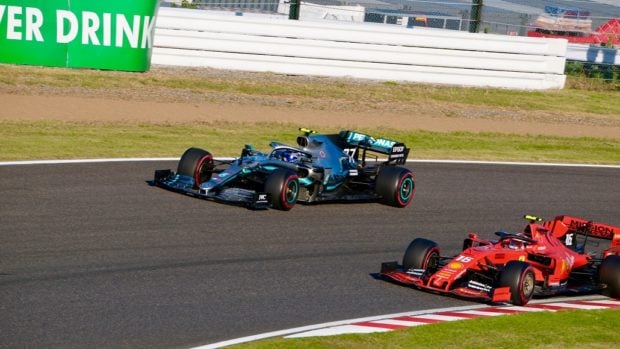 Saturday was a washout due to torrential rains inundating most of the country. So the FIA, for safety reasons, decided that qualifying sessions be held on Sunday morning, with the race following a few hours later.

Come Sunday morning Ferrari was on form, with both its cars taking a firm hold on the front of the grid; Sebastian Vettel securing P1 and Charles Leclerc clinching P2. It was looking like the Prancing Horse team was going to spoil Mercedes’ party.

Down in second row stood Mercedes’ Valterri Bottas, who bested teammate Lewis Hamilton for P3. Red Bull Racing’s Max Verstappen took fifth place with teammate Alexander Albon coming in sixth. The lineup had the tifosi beaming with pride and, rightfully so, Ferrari has been on the upswing since emerging from the summer break. A win in Japan could boost its bid for another title — which has been long overdue.

As the lights went out, Vettel, through no one’s fault but his own, jumped the start and was immediately passed by Bottas. The Mercedes driver swooped by on the outside to take the lead before reaching Turn 1, dropping Vettel to second place. In the other Ferrari, Leclerc collided with Verstappen, who was trying to pass on the outside. The collision spun the Red Bull, dropping Verstappen down the order and out of contention for a podium. Leclerc sustained damage to the front wing of his car and was immediately called in by his engineers to pit. This was ignored by Leclerc, who felt that the car was drivable despite bits and pieces falling off it. The worst of the pieces flew right into the wing mirror of Hamilton’s Mercedes, shredding the thing clean off. This incident was brought to the attention of the stewards, who then demanded that Leclerc’s Ferrari be brought in for repairs or otherwise risk getting black-flagged.

A large number of fans, mostly Mercedes and Red Bull followers, believed that Leclerc should be held accountable and be penalized for endangering fellow competitors. Race control took another look at the data submitted post-race and decided to slap a 15-second penalty on Leclerc. This landed him in seventh place.

Up in front a battle of pit strategies took place. Ferrari tried to undercut Bottas but the Mercedes driver had enough of a gap to ensure he retain track position after coming in for his first scheduled tire stop.

Mercedes, just like Ferrari, had a two-stop strategy in place. But Hamilton, who inherited the lead after the pit stops, was able to make his Pirelli soft-compound tires last a bit longer. And so he tried to go to the end on a single stop using the medium-compound ones. But with about 11 laps to go, Mercedes called the five-time champion in for his second change of tires. This basically cemented the win for Bottas, who crossed the line with a 13-second gap to Vettel, who in turn barely finished ahead of Hamilton.

Hamilton tried in vain to catch the Ferrari, but Vettel just had enough to keep the Mercedes at bay.

This was Bottas’s first win since the Baku race earlier in the season. Through Bottas’s and Hamilton’s points’ haul, Mercedes-AMG Petronas was able to seal its sixth-consecutive constructors’ title.

Hamilton still leads in the drivers’ standings, with Bottas 64 points back. Leclerc comes in third, down by 117 points. This means that only Bottas can challenge Hamilton for the title, with four races to go. So not only did Mercedes win its sixth constructors’ crown, it is also set to take the drivers’ title.

The only question unanswered is will it be Hamilton who will deliver this, or will it be a first for Bottas to do this?