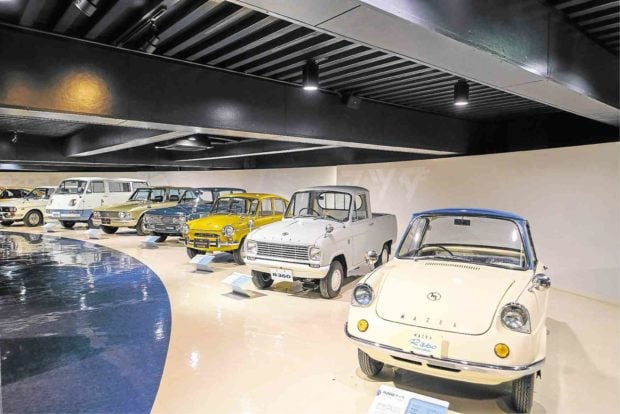 Growing up playing Gran Turismo, a few things have permanently seared in my brain: the Miata MX-5 or Eunos Roadster as it’s called in Japan, the fire-breathing RX-7 sports car that is now a favorite in time-attack events the world over, of course the brap-brap of the Rotary powerplant, and the culmination of all things good, the 787B, Mazda’s 1991 Le Mans winning car, making them the first Japanese car company to ever win at famed Le Mans 24-Hour Race with an all-star cast.

My first visit to the Museum, which sits in a modern building in Mazda’s expansive Hiroshima factory grounds, was back in 2016. It’s a private museum, not generally open to the public. You need to schedule in advance for big groups, and check if and when there are open days to the public, before you can drop by, as getting from the many entrance gates from the Ujina Factory to the museum will take about 10 minutes by car. And no photos are allowed the moment you enter the Ujina Factory Grounds.

The focal point for me was seeing the 787B Sports Prototype Race Car, akin to seeing St. Peter’s Basilica for car guys. It is a larger than life event that simply overwhelms the senses, memories flooding back in from days past playing endless hours on the gaming console and watching numerous videos on Youtube as the 787B whizzes by at high RPM. And this was a static display. Imagine if the menacing 4-rotor 26B engine was at full tilt, sounding like a cross between a very angry F1 car making love to a lawn mower at 20,000 rpm. You get the picture, I hope. 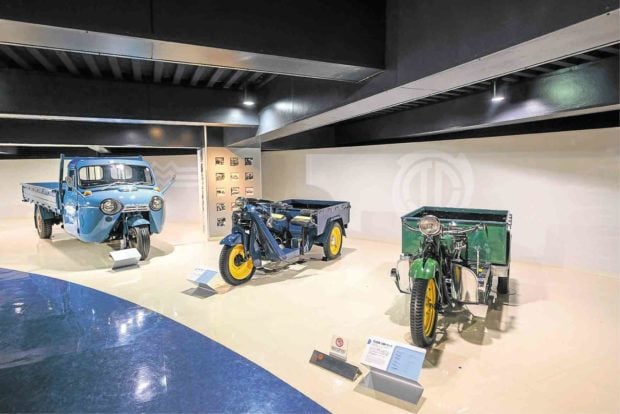 Let’s back-track a bit. Mazda is based in Hiroshima, in the Chugoku Region in Honshu Island, with a population of 2.8 Million people. The city, despite being very small and modest, is very modern, a stark reminder of the horrors of war when the Atom Bomb was dropped and leveled the city. Very little of the old Japan remains, save for the A-Bomb Dome and War Memorial which the city has preserved as a reminder of what must never again come to pass.

The city’s single largest employer is of course Mazda, a key part of the city’s (and the greater Hiroshima prefecture’s) economy. There are a few rivers feeding into the Seto Inland Sea sea that divides the Mazda factory facility known as Ujina, and in these rivers, oyster farms thrive. It was in fact oyster harvest season, and we later got to sample the region’s famous Hiroshima oysters, which were as plump, fresh and juicy as they were famed to be.

And now back to the cars. The FD3S generation RX-7 is a tuner favorite, and with its 2-rotor twin-turbocharged 13B engine loping lazily in stock trim, or restlessly idling at over 1,000 rpm with an aggressive bridge-port and a massive single turbocharger, big wings and semi-slicks, out on track, it is what car-crazed kids would doodle about in their notebooks in school. The FD3S RX-7 was arguably the last and best of the RX models, from the RX-3, RX-4 and the FC3S generation RX-7 which were also favorites of the Gran Turismo generation and modern car tuning enthusiasts. 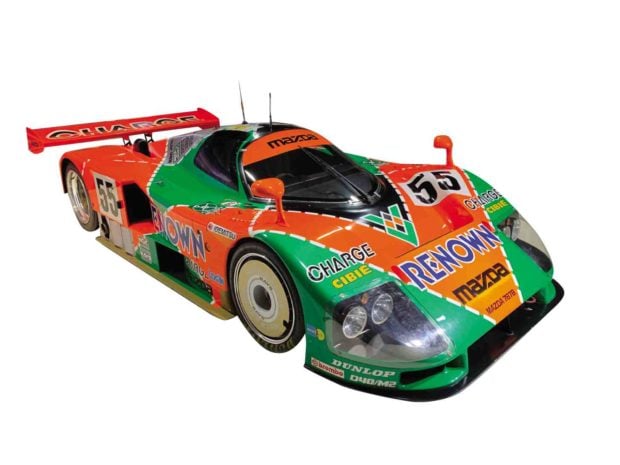 But of course, we were in Hiroshima to pay tribute to the world’s most favorite roadster, the Mazda Miata MX-5, or Eunos Roadster, as it’s called in Japan. With over a million of these Lotus-Elan inspired roadsters built since the late 80’s, it is the world’s best-selling roadster, a comfortable go-kart that’s street-legal, reliable and if you can live with the modest boot space, surprisingly practical and reliable. The Miata has come in four generations, from NA, NB, NC and ND models. But with the ND model, the car has come full circle, realizing the original values of the first Miata MX-5 in a small, lightweight, simple and no-frills package combined with the latest in technology to give a vehicle that weighs just as much, while delivering more power, efficiency, lower emissions, a stiffer, firmer chassis in an altogether safer overall package. Few cars ever make such a full circle, and despite its modest power, especially in today’s standards, the MX-5 remains to be a very finely honed instrument, a devastatingly effective canyon carver in the hands of the truly skilled. And yet, those with modest skill levels behind the wheel enjoy the MX-5 equally so, thanks to the brand’s Jinba Ittai Philosophy (horse and rider as one), which focuses on human-centric feel, feedback and enjoyment as much as efficiency and absolute driving performance. 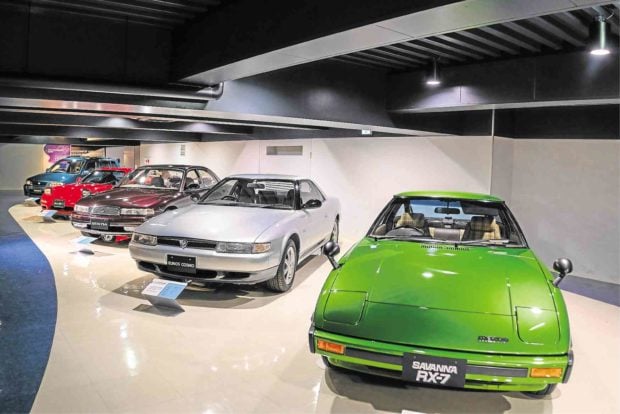 Hiroshima loves Mazda. About a fourth of all cars we saw were Mazdas, and a surprising number o them were in fact the MX-5 Miata / Eunos Roadsters, enjoying the cool weather brought about by Typhoon Hagibis which fortunately spared our region.