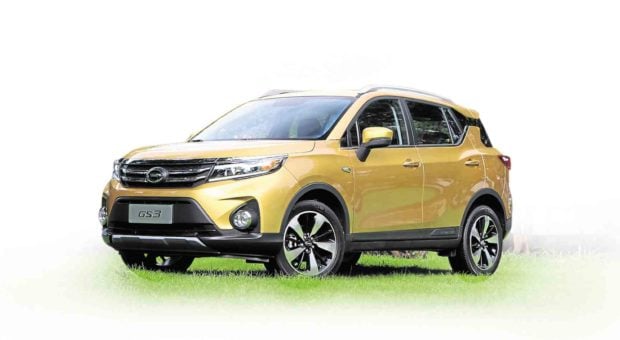 The GS3 is GAC’s third salvo in the SUV market

In the race to make China a real automotive manufacturing powerhouse, numerous car companies have sprung out of nowhere. While it is only natural to scoff at their efforts, especially considering that the first batch of Chinese imports failed to impress, the next crop, in Version 2.0 essentially, are worth giving a more in-depth look.

We checked out GAC’s large GS8 MPV / SUV a few weeks back, and that left a very favorable impression for the brand, thanks to the excellent powertrain, very good build-quality, and surprisingly well-above

average driving dynamics. Relatives from the US who were in town were so impressed with GAC, which says a lot for the brand, biases aside.

Now GAC has launched their third salvo on the SUV market, this time in a compact cross-over package, the GS3. Two variants will be made available, one with a 1500cc normally aspirated engine, and the other being a 1300cc turbocharged engine, with both variants driving the front wheels via a 6-speed automatic transmission, all while meeting Euro V emissions standards. Front suspension is a Macpherson strut design, while the rears use a simple twist-beam axle which aids in packaging, simplicity and crucially, increased cargo space in a small footprint. We’re talking 380 liters with the rear seats up. And it also has a very decent 183mm of ground clearance, enough to tackle most flash floods.

We got to try the top-spec 200T GE variant, which denotes the 202 Newton-Meters of torque and 136hp. You get a shark fin antenna, a glass sunroof, 18-inch wheels with Michelin tires sized 225/55R18 alloy wheels, LED headlights, DRL’s, tail-lights and fog-lamps, plus height adjustment for load compensation for the headlights. It’s also a very safe vehicle, with four airbags (front and side for driver and front passenger), ABS-EBD brakes with emergency brake assist, hill-start assist, hill-descent control, traction and stability control among other safety features, things you don’t expect in a compact cross-over barely above the million peso mark. And yet even more of a blessing for newbie drivers which the GS3 is targeting is a wide angle rear reverse camera, plus matching sonar parking sensors, making maneuvering this already cute ‘ute even easier than ever. 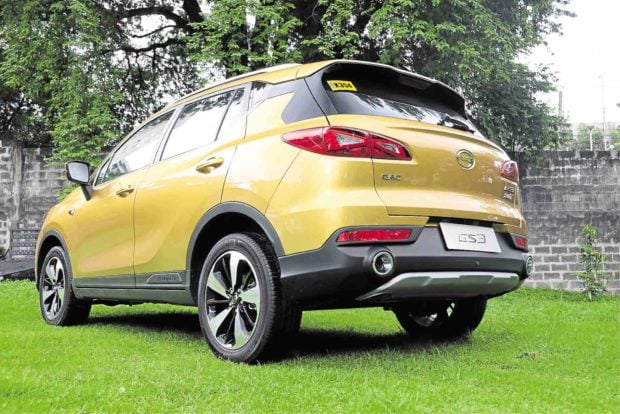 Leather is available, as well as 6-way driver’s seat adjustment, 8-inch TFTi LCD display. 6 speakers round out the surround sound system, as well as rear a/c vents for added comfort.

The interior in particular looks very retro and classy: lots of dark brown, copper and piano black ooze sophistication and style, with an electronic parking brake button minimizing clutter inside the center console. The Multimedia infotainment system is very easy and intuitive to use, just like a typical modern smartphone wherein you swipe through the screens to find the apps or functions you are looking for. How intuitive is that?

But the one question everyone wants to ask is this: how does the GAC GS3 feel like to drive? In a word: solid.

The GS3, just like its GS8 sibling feels very tight, well-built, well-screwed together. NVH isolation is excellent on the road, and while the engine still feels tight on the unit that was lent to me with barely over 100 clicks on the odometer, it has surprisingly good pep on short bursts to overtake in city traffic driving. 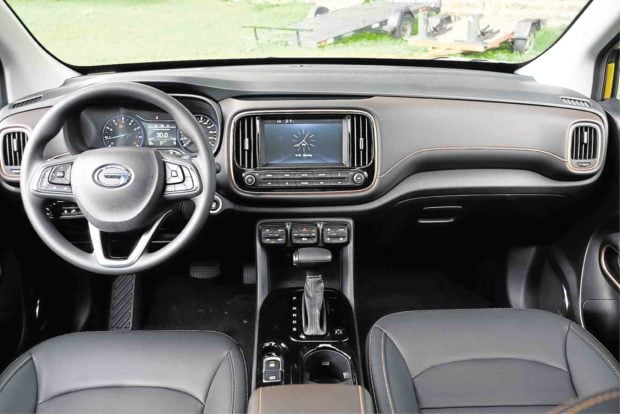 Sitting in the back seat, there’s surprisingly decent space too, with excellent comfort. Four regular-sized adults can easily make the trek to Baguio with their bags in the back with no problems, and if the larger GS8’s fuel efficiency is anything to go by, the GS3 should also be blessed with excellent fuel efficiency. Alas, Since I only had it for a short three days, and was discouraged from driving it in open public until its launch, I had very little opportunity to really bring it out of town and see real-world fuel efficiency figures. GAC advertises 7 liters per 100 kilometers, or roughly 14.2 kilometers per liter in their combined city and highway testing, and this looks achievable.

But let’s just say that in the roughly 80 or so kilometers I had it, the fuel level gauge didn’t move. And with 50 liters of premium unleaded to feed the mighty engine, you’ll go very far in a single tank. Steering is light, but offers very good feel, while the brakes are also on the light side, but offer excellent feel and feedback, easily modulated to the point of lock-up which I discovered as I was trying to get it to rest one wheel on a big rock for some photos. Alas, the highway terrain Michelins Primacy Tires didn’t like the wet grass and rocks. Thankfully, behind the wheel, seating position is very car-like; slightly more upright, but with good alignment for the arms, shoulders and steering column, so long drives should be a breeze. Your knees are well-supported too, a problem with many tall drivers driving small compact cars with small seats. 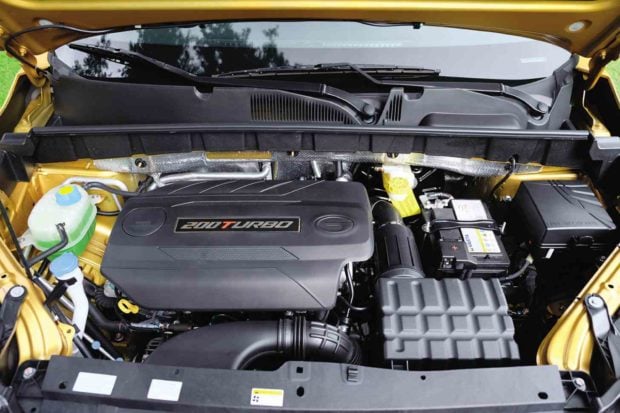 To be objectively honest, only time will tell if GAC as a brand, and value-packed cars like their GS3, will really break the stereotype of Chinese cars being of inferior quality. But the signs are promising. The GS3 is a solid choice, and with prices starting at P888,000 for the base-model 1500cc 150N GS, topping out at P1,058,000 for the top-spec 200T GE, the Japanese and Americans should start trembling, because nobody else has a compact cross-over this well-priced, and this well-equipped.