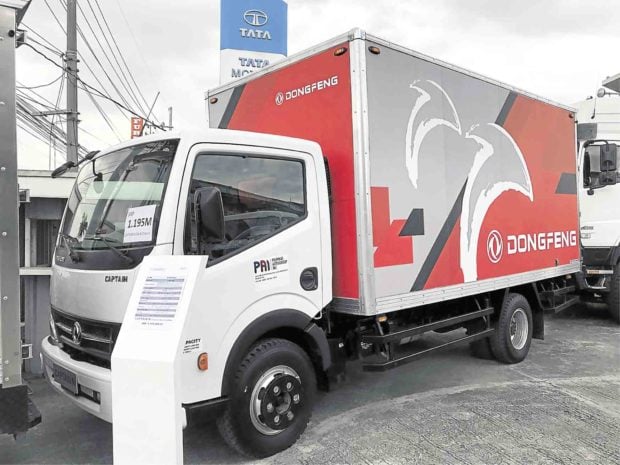 The Captain N is a six-wheeler truck powered by a Nissan 3.0-liter, four-cylinder, turbo-diesel CRDi engine.

Dongfeng Motor Corp., one of China’s top five automakers, announced last year its plan to more than double its overseas sales in the next three years, aiming to seize larger market share in the emerging economies.

The recent addition of the Philippines to its expanding global network should help Donfeng achieve its ambitious goal.

Amid the slowdown of auto sales in China in recent years, Dongfeng, headquartered in central Chinese city of Wuhan, is now looking to overseas markets for its next growth opportunities.

Just last year, Dongfeng and its local partner in Indonesia set up a plant capable of producing 50,000 mini trucks a year, a move seen to compete with Japanese automakers that dominate the Southeast Asian markets. 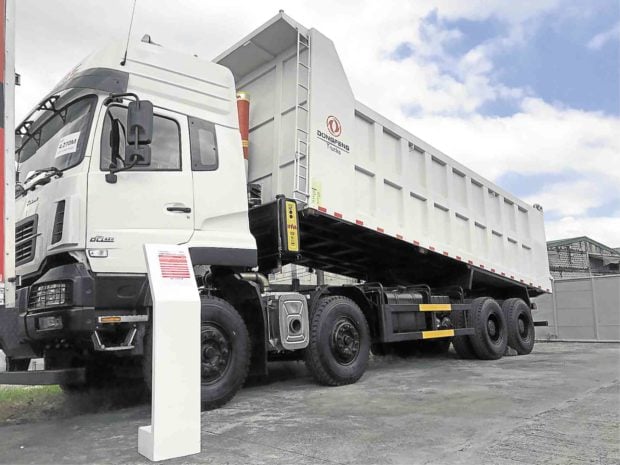 Serving as the biggest and most powerful truck in Dongfeng’s lineup is the 12-wheeler K37F dump truck powered by a Renault 11.12-liter, six cylinder, CRDi turbo-diesel engine.

“By 2020, Dongfeng plans to build another 100 sales and service outlets overseas, mostly in countries along the Belt and Road. Indeed, developing overseas business is an important strategy for Dongfeng, which aims to become a world-class player. And we want the Philippines to be one of its strong markets,” informed Cresencio Vincent Fernandez Jr., president of Pilipinas Autogroup, the distributor of Dongfeng brand of vehicles in the Philippines.

During Thursday’s soft opening of Dongfeng’s first-ever dealership in the country—the Agrani Motors located along Km. 17 Ortigas Avenue Extension in Cainta—David Coyukiat, chair of Pilipinas
Autogroup said the Philippines is in a state of rapid development.

“Developing nations like the Philippines, need a lot of transport and logistics to move its economy forward, and it is here where Dongfeng vehicles can greatly contribute to various businesses and the economy. In addition, Pilipinas Autogroup is committed to establish more Dongfeng dealerships in the coming months, in order to serve vehicle and after sales needs of its customers,” he said during the ceremony also graced by Cainta Mayor, Johnielle Keith “Kit” Pasion Nieto.

During the first and second quarters of this year, the Philippine Statistics Authority reported that construction activity grew by 10.4 percent and 8 percent, respectively. That’s 39,762 approved building permits issued in the first quarter, and another 43,394 in the second quarter.

With these positive developments in the country, Pilipinas Autogroup is confident their lineup of trucks would become very much in demand.

“Dongfeng is one of the two original auto manufacturers established by the Chinese government,” related Arthur Balmadrid, VP and GM of Pilipinas Autogroup. 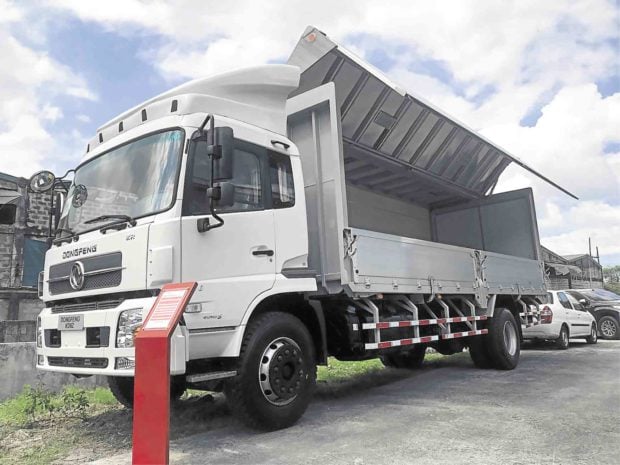 Dongfeng’s KD6Z 24ft cargo truck can carry 12,700kg worth of payload, and is powered by a Cummins 6.7-liter, six-cylinder CRDi turbo-diesel engine. 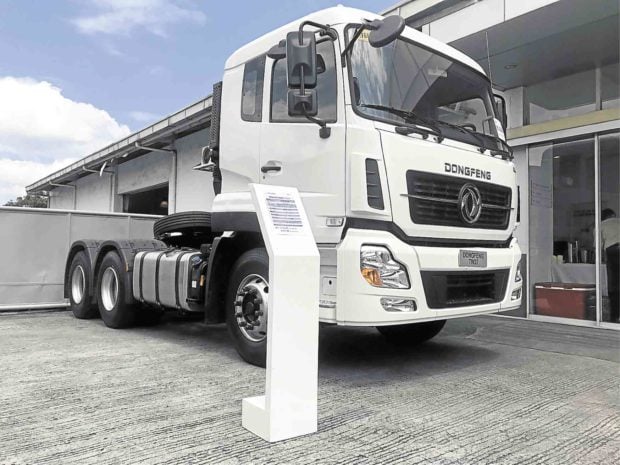 Dongfeng’s 10-wheeler TW37 tractor head (above) and its 6-wheeler version (KW46) are both powered by a Bosch 9.5-liter, six-cylinder, CRDi turbo-diesel engine.

Still known as the Second Automobile Works—the nomenclature of the prevailing proletariat social system during its establishment in 1969—Dongfeng started as a maker of medium- and heavy-duty trucks to aid China’s rapid industrialization.

Dongfeng’s transformation began in the 1980s, a period when China invited foreign automakers to assemble in China, but with the requirement to operate via joint ventures. For foreign carmakers, Dongfeng was an attractive partner given its size, sales network, labor force, market access and its state-owned enterprise pedigree.

“As you can see, Dongfeng’s technological know-how is further improved by these partnerships, not only in engine technology and design, but also in terms of safety and environmental impact,” said Balmadrid. 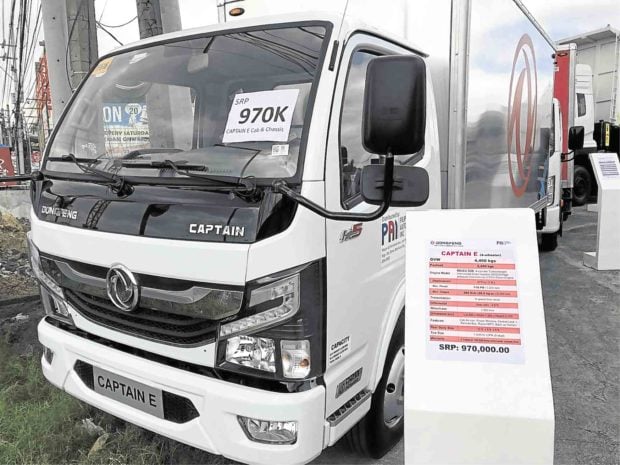 Serving as the lightest commercial vehicle in Dongfeng’s lineup, the Captain E is powered by an Isuzu-derived 2.8-liter, turbo-diesel CRDi engine.

Looking ahead, Dongfeng intends to attain its vision to be a global leader in automotive development and maker of models that run on new energy sources. Dongfeng, in the coming years, wants to raise its global competitiveness and be one of the respected automotive brands.

Here in the Philippines, expect Dongfeng and Pilipinas Autogroup to be in more locations: Aside from Cainta and Marcos Highway, Dongfeng would soon be in Marikina, Pampanga, Isabela, Cebu and Davao.