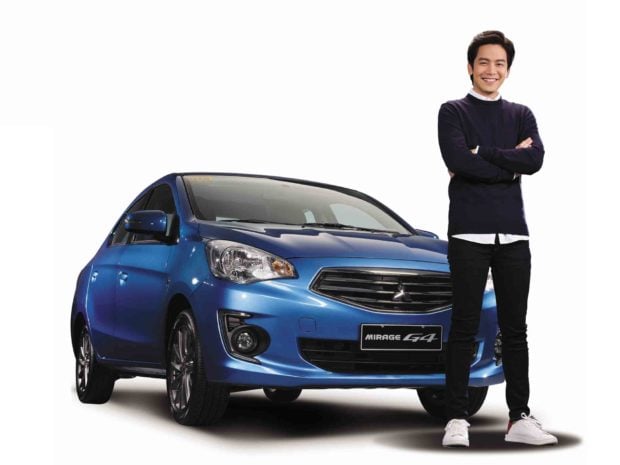 Is it possible to admire an idea, a concept, or a person, before actually seeing and feeling the object, experiencing the idea, and meeting the person?

Celebrity and stardom prove this can be so. Showbusiness personalities are idolized by their millions of fans, yet the vast majority of them haven’t met the star in person. It’s the “idea” of the star that draws them in, as much as their public persona.

But when does a star truly shine? When does that public persona earn that very limited space reserved for our hearts? It may be when the celebrity lets his or her true character be revealed in those private moments, when the spotlight is not aimed at him or her, and no one is watching. It may be when the star acts outside the orders of the director.

The true character of a star is also revealed with his or her personal choices, including the choice of personal transport.

Stars publicly endorsing their personal choices is not new. Celebrity endorsements have been trying to sway purchasing decisions as early as the 19th century.

According to a December 2014 article of Grzegorz Karasiewicz, Faculty of Management, University of Warsaw and Martyna Kowalczuk of Zenith Optimedia Group, titled the “Effect of Celebrity Endorsement in Advertising Activities by Product Type,” celebrity endorsements were “further developed in the 20th century with the emergence of new advertising media: the radio (1930s); television (1950s); and the Internet (1990s).

Mitsubishi Motors Philippines Corp, with its subcompact Mirage models, has been consistently harnessing the power of celebrity endorsements. Anchoring on the Mirage’s attraction to the country’s new generation of motorists, a number of young, promising celebrities have been associated to the car: Maine Mendoza, Alden Richards and Liza Soberano.

According to MMPC, JG was chosen as he best portrays the personality of both the car and its potential market—young, outgoing, and fun.

“This is the market that considers their first car purchase as one of the most sentimental milestones in their lives. Following Joshua’s story in real-life, the TVC revolves around his drive with the Mirage to his hometown, looking back to his stepping stone towards what he is now—one of the most revered actors in his generation,” according to an MMPC press statement sent to Inquirer Motoring.

Further, the press statement enumerates the Mirage G4 5-seater sub-compact sedan as something that “appeals to the young market with its uniquely stylish exterior, advance features, and easy handling. Equipped with a 1.2L 3-cylinder 12-valve DOHC MIVEC engine, the Mirage G4 produces power that is matched with an INVECS-III CVT transmission that promotes fuel efficiency. For every liter consumed, the Mirage G4 can travel a distance of up to 21km. Its aerodynamic design also lessens wind drag that contributes to better overall vehicle performance. The 4.8m turning radius allows the car to be nimble in making tight turns—perfect for the busy streets of the metro. Ample trunk space is also a very welcomed feature of the Mirage G4 as it allows you to bring all your bags and gears for any type of road adventure. It also comes in eight color options that suits various personalities.”

The Mirage G4 is engineered with a Reinforced Impact Safety Evolution (RISE) body to effectively absorb and disperse crash energy away from the cab, thus protecting all passengers. The GLS variant is equipped with Electronic Brakeforce Distribution (EBD) that shortens braking distance and Anti-lock Braking System (ABS) that prevents the tires from locking during sudden brakes.

JG is best known for his role in ABS-CBN’s primetime series “The Good Son” and is perceived to be one of the “good guys” in local show biz. He is currently one of the top product endorsers in the Philippines, most of which are food brands.

JG’s career started in 2014 as one of the housemates in the famous reality show “Pinoy Big Brother,” where he was dubbed as “Tatay’s Boy ng Batangas”. He was born and raised in Bauan, Batangas, where the actual TV commercial was shot.

Will JG’s true character shine in his choice of the Mirage? Perhaps only those who see him driving the car around his hometown, after the grueling shoots, away from the spotlight, will really know.