Toyota and Lexus at the 2019 Tokyo Motor Show 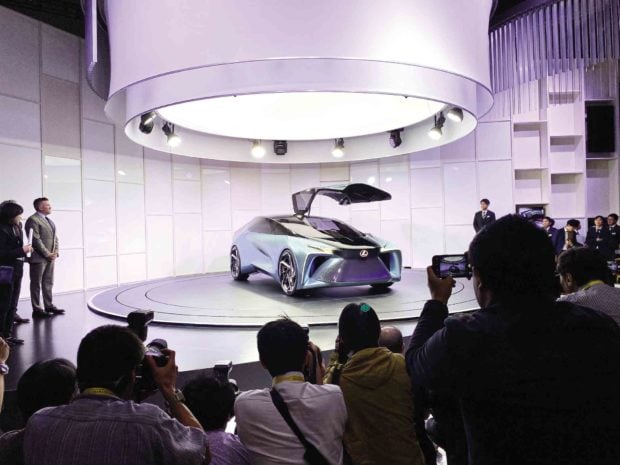 The Lexus LF-30 Concept unveiling at the Tokyo Motor Show

Toyota has actually always been about vision. You may not realize this because we are all used to seeing them as the producer of consistently reliable and just plain consistent vehicles. They are often the default choice, the product for which you need a good reason not to make your purchase choice. They got that way though, because of vision. When founder Sakichi Toyoda chose to try and invent things rather than merely enter the family carpentry business, he saw something. When the mechanical loom business that was created proved so successful they could start other companies, they saw that transportation was the next wave that would make peoples lives better, just like that first loom did for his mother.

Even in recent times, Toyota head Akio Toyoda has shown that the vision still whirls and swirls within the company. He has sought to remind people that cars are things we love, things that stir our emotions. The design language of their cars has become more dynamic, the physical dynamics of the cars themselves more aggressive. Toyota likes to say that the Japanes language has a way of saying “beloved car” but none for any other machine or appliance such as, say, a beloved refrigerator. We will continue to love our cars, they say. 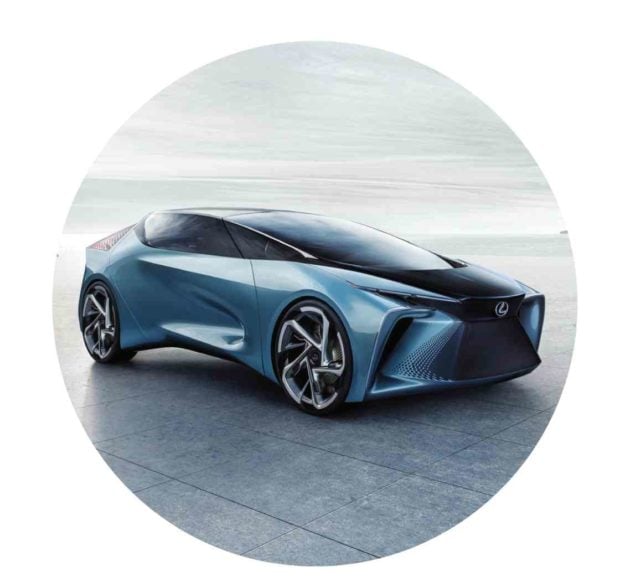 With its fluid lines and gull-wing doors, the LF-30 Electrified concept car represents the Japanese brand’s vision for a future generation of electric vehicles.

But the way we love them, and the why we love them, they expect to change. They expect the car to be an increasingly integrated part of our lives, but they do not expect the personal car to take away our joy, and they definitely see joy in driving. Perhaps not while in traffic, or while hunting for a parking spot. For that they are planning the ability to choose to have the car be behind the wheel. But a twisty road ahead, or an open highway? Thats a joy they don’t want to take away.

The Tokyo Motor Show this year was different because there were no cars from Toyota and Lexus on display in the traditional sense at their main booth areas. At Lexus, the new LF-30 concept car rolled itself out. Their vision of a car of the near future, it was so sleek and swoopy that people assumed it was a sports car, but its actually a four-door four-seater. Built to allow both spirited driving and autonomous driving, and taking advantage of full electric power to spin up four separate motors which allows amazing control of traction, power and direction. Their own example said it best, think of an image of a cheetah turning at speed.

At Toyota, they highlighted a people mover. The award-winning e-Palette system is a hugely flexible system based on a moving chassis and interchangeable body systems that allow use as everything from a bus to a shop to an emergency care system to an office. The idea is that the vehicle can be utilized far more often by more people, which means less wasted time, less parking. Their scenarios showed almost full-time daily use as the potential target. This system is to be operational at the upcoming Olympic and Paralympic Games. The vehicle they actually had on display was an electric racecar, the e-Racer that is meant to be fun to drive and hopefully street-legal. 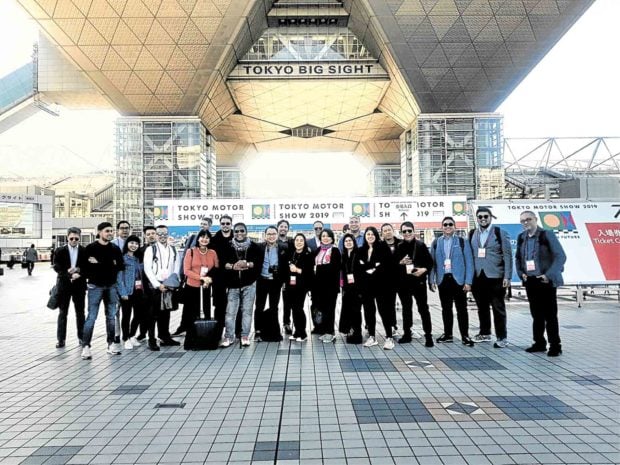 The author, extreme left, was part of the Toyota Motor Philippines/Lexus Philippines contingent that attended the 46th Tokyo Motor Show