Audi Q8 is about power, agility and beauty 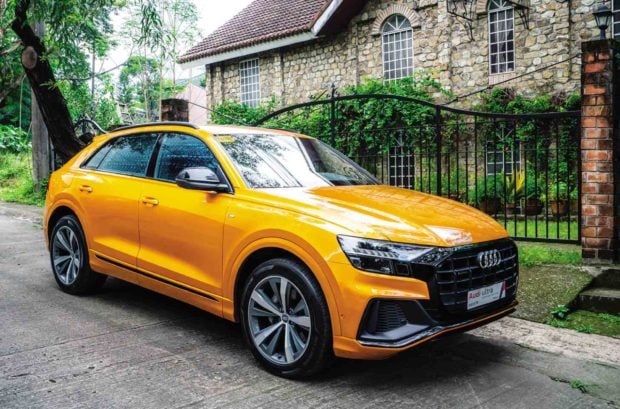 I don’t know what to make of it, but I want it. That was my thought balloon about three seconds after I first laid eyes on the Audi Q8. I mean yeah, I’ve driven virtually all the Audi Q’s in the lineup, but the Q8 in its Dragon Orange Metallic hue basically grabbed at me. Its look is atypical to say the least, compared to its former flagship sibling the Q7. Sorry Audi, but the Q8 is like a German exchange student who’s spent a few years in Milano, Italy- and gained some Italian heart and aesthetic flair. Well that’s not too far flung an analogy, for the Audi Q8 shares its platform with its beastly handsome cousin, the Lamborghini Urus.

One fine morning, I and the rest of my über cool colleagues from Inquirer Motoring were treated to an awesome coffee run by PGA Cars, and four of us were each issued our ride for the day. The Bentley Continental GT, the Lamborghini Urus, the Porsche Cayenne, and you guessed it- I got the Audi Q8. No one was short-changed, as each of those fine nameplates from the four renowned marques have their own characteristics and fortes, and we were more than thrilled to immerse in them for an unforgettable breakfast and lunch. 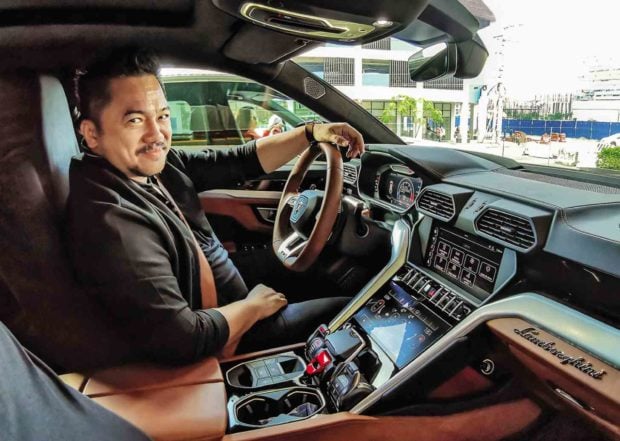 The Audi Q8, I finally settled with myself, is an amazingly seamless amalgamation of a sporty mid-sized SUV and sophisticated 4-door crossover. Well, all that with the power and agility of a large sports coupé. Equipped with a 3.0L V6 Turbocharged TFSI Gasoline engine rated at 335hp and a deliciously robust 500 Newton-meters of Torque, you know right off based on its new configuration and innate Audi Quattro capability, that it’s meant for more pulse-quickening excitement; a bit of a departure from the Q’s you’ve come to know. The Audi Q8 delivers with the kind of performance, handling and demeanor you’d expect, plus a very discernible extra. Its visually perceptible heft disappears as you carve the corners on virtual rails, your smile muscles involuntarily activate along with unrestrained acceleration, and a reassuring familiarity from its tech-laden but exceptionally intuitive driver’s interface- all within the luxury and comfort of its handsome interior. Ah, Audi. The Q8 has changed the game, and certainly upped the ante. I need another coffee. Er, make that another coffee run (wink).