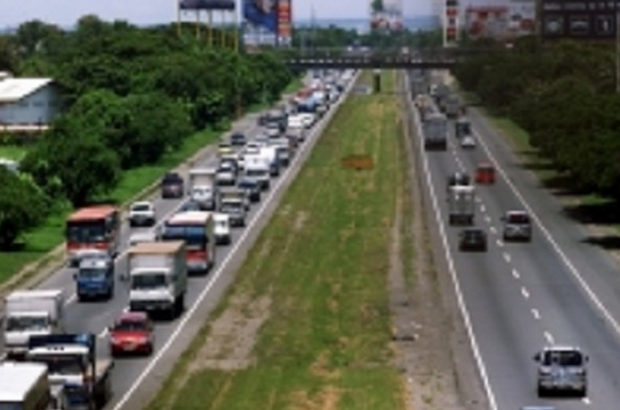 Kilometers-long queues of vehicles on the southbound lanes of  the South Luzon Expressway (SLEx) leading to its toll gates have been the cause of dread among commuters coming from Manila as work has continued on the Skyway extension project since September. The project has necessitated the closure of the SLEx’s third lane.

On Tuesday, Nov. 5, motorists and commuters from Metro Manila were caught in another massive snarl-up at the expressway’s southbound lanes.

The standstill traffic was caused by the installation of temporary steel ramps at Alabang Viaduct connecting to the Skyway’s elevated roadway, which is expected to be completed on Nov. 30. Only motorists with class 1 RFID are able to use the ramps.

In line with this, the management of the Manila Toll Expressway Systems Inc. released a preventive maintenance advisory on its official Twitter account noting that the expressway’s exit ramp will be closed from 10 p.m. on Friday, Nov. 8, to 2 p.m. on Saturday, Nov. 9.

For those who are going to Alabang/Filinvest, motorists are advised to take Bunye-South Station exit.

On the night of Thursday, Nov. 7, “SLEX” trended on Twitter again as netizens expressed their dismay over their hours-long travel going home.

Twitter user Jun Neri (@Jun_Neri), estimated the number of hours spent by people taking SLEx these days in their commute.

Meanwhile, the Skyway management appealed to motorists to be patient and to bear with the temporary inconvenience caused by the ongoing construction of the project, which will be completed hopefully soon.  /ra -By: Ves Garcia