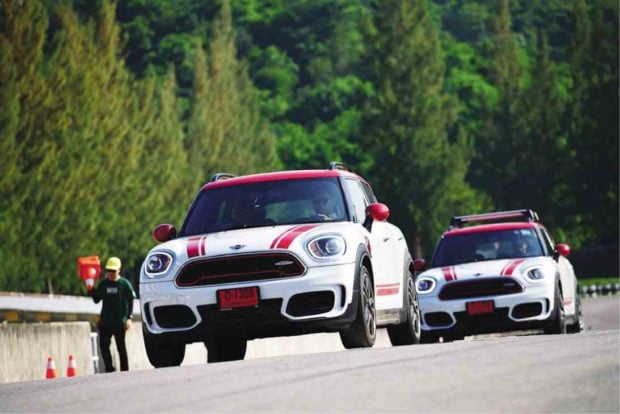 The Kaeng Krachan Circuit is Thailand’s second-longest race track and is located in the country’s Phetchaburi province. It’s a favorite location for movie and advertising filming, but for one afternoon in October, it was the site of a memorable drive featuring the John Cooper Works variant of the Mini Countryman.

The drive actually started in Bangkok, about two and half hours away from Kaeng Krachan. The Countryman is a familiar model (I was actually there in Hamburg when it was first unveiled to the world in 2010), but climbing into the 2020 JCW version is an altogether different experience.

The white-and-red unit was decidedly sportier, with 18-inch wheels, larger air intakes and a rear spoiler that helps reduce drag. Inside are JCW sport seats, Head Up digital display and leather steering wheel.

Under the hood is a 2.0-liter four-cylinder TwinPower Turbo engine with eight-speed automatic transmission. It delivers an impressive 306 horsepower and kicks the car up from zero to 100kph in just under five seconds.

Of course, we couldn’t exactly floor the accelerator as we caught midmorning traffic on the drive out of Bangkok. Not yet anyway.

It was a leisurely drive, first through highways and then idyllic country roads, with a brief stopover at the Kaeng Krachan dam with spectacular scenic views. Putting the Mini through its paces on a proper race track had to wait. 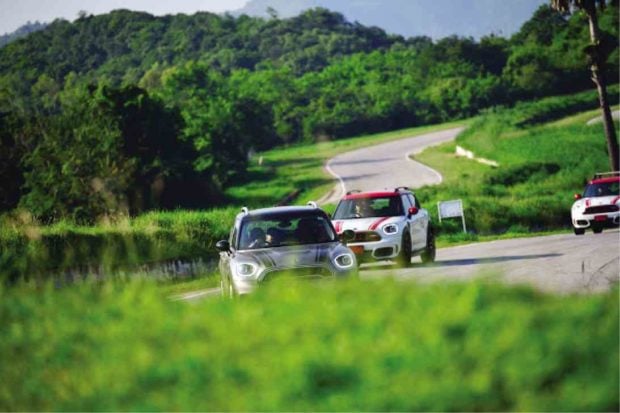 After lunch, it was only about an hour to the track. Instructors gave a safety briefing upon our arrival and explained what was going to happen.

They divided the track into three sections, each longer than the previous one. The idea was to familiarize ourselves with the track’s twists and turns, and figure out the best way to conquer it with the car safely.

There was a brake test at the start, where we were told to go as fast as we could until we reach a set of cones, upon which we had to come to an immediate stop.

For someone who has clocked limited hours on a race track, it took some getting used to since it goes against the instinct of stepping on the brake gently, but we were there to push the cars to the limit, and so we did.

Eventually it was time to move up and run the full length of the course.

Instructors reminded us to switch on Sport mode, and the kick we felt was immediate, as well as that familiar engine growl.

Following a lead car driven by a professional racer, I drove the JCW Countryman determined to do my best-and that meant following the signals of the car in front and not getting left behind.

I initially had misgivings about driving a Mini on a race track (strange, right?), more so the Countryman which is the closest Mini has to an SUV (even stranger), but after a few turns, I finally got the hang of it.

The slightest pump on the gas pedal releases power unlike anything I’ve ever experienced in any Mini before, and while there were initial apprehensions about approaching tight corners at high speeds, I initially let those go after multiple turns, thanks to the JCW Countryman’s Dynamic Stability Control.

By the fourth or fifth go-around on the track, it became easy to imagine an alternate universe where I was a race car driver. I craved the intense roar of the engine, that split second when the car switches gears like it was taking a quick breath, and then the tires squealing on full brakes right before pressing the gas pedal on a long stretch.

Approaching the finish line felt like a victory every time, but of course, it was also a start line, and that meant we had to go again. And that was fine by me. 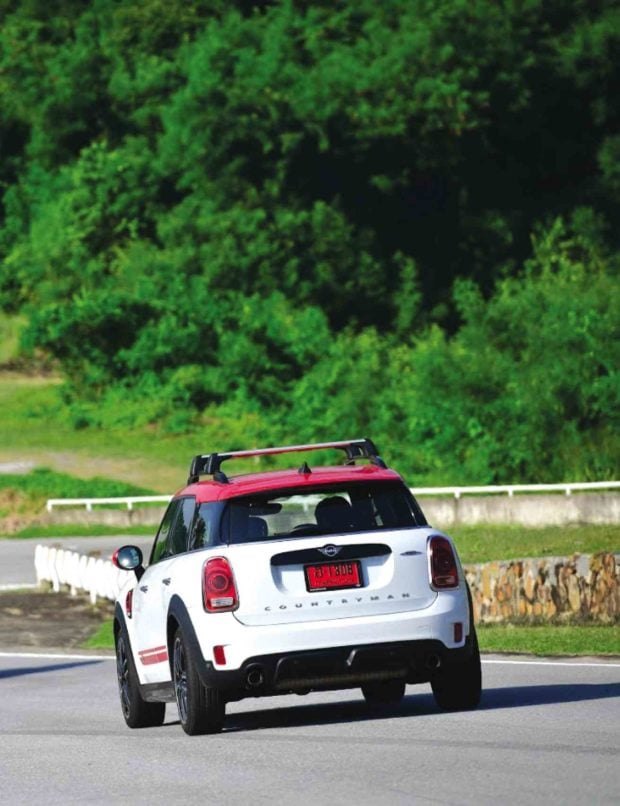 It was clear why Mini was doing this: to demonstrate what exactly the Mini JCW Countryman can do, and why it’s a gorgeous piece of machinery that’s really a step above anything else in its lineup.

But I asked Mini officials anyway for the rationale behind this little exercise. I mean, if you owned one of these cars, the likelihood that you’re going to be burning rubber on a race track is pretty slim.

True, the Mini reps said, but that’s exactly the point. You may not exactly get the chance to drive a Mini on a race track, but if you ever need power and performance from your car, it’s good to know that your Mini can deliver.