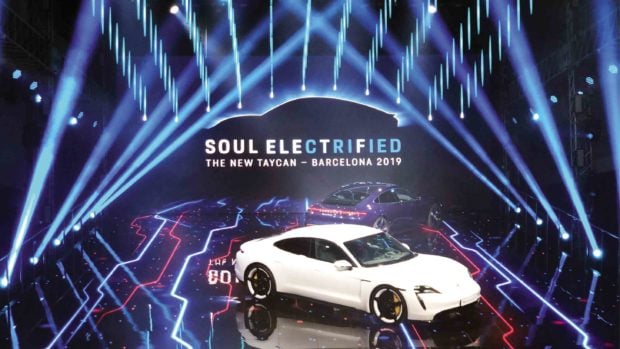 The future is now within reach as Porsche AG introduced its latest model lineup—the fully electric Porsche Taycan—to its global dealer network during an event held on October 2019 in Barcelona, Spain. And because a Porsche event is never complete without including the first-hand experience of driving, guests were able to put the Taycan through its paces on the racetrack in Catalunya.

Clearly, the Taycan is driven by dreams. But it is also no mere concept car.

In fact, the dealer launch program, themed as “Soul Electrified,” presented Porsche’s first fully electric vehicle in preparation for its much-anticipated arrival in various markets next year. Included among these markets is the Philippines.

“We promised a true Porsche for the age of electromobility—a fascinating sports car that not only excites in terms of its technology and driving dynamics, but also sparks a passion in people all over the world, just like its legendary predecessors have done. Now we are delivering on this promise,” said Michael Steiner, Member of the Executive Board of Porsche AG – Research and Development. 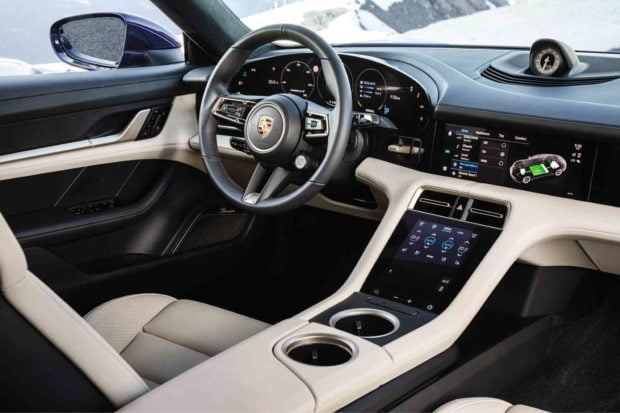 The new Taycan’s sporty and high-tech interior integrates into the electric vehicle’s indicators in the Porsche Communications Management (PCM).

The Taycan dealer launch was culminated by an impressive unveiling that focused on the model’s design elements. With its clean, pure design, the Taycan signals the beginning of a new era even as it retains the unmistakable Porsche design DNA. The model’s technical features, as well as the e-preparedness of all the countries, also formed a crucial part of the launch program.

Currently available in two versions, the Taycan is the first production vehicle with a system voltage of 800 volts, instead of the usual 400 volts for electric cars. This is a particular advantage for Taycan drivers. Because in just over five minutes, the car’s battery can be recharged using direct current (DC) from the high-power charging network, which is good for a range of up to 100 kilometers (according to WLTP). The charging time for 5 percent to 80 percent SoC (state of charge) takes 22.5 minutes for charging under ideal conditions, and the maximum charging power, or peak, is 270 kW. The overall capacity of the Performance Battery Plus is 93.4 kWh. This all means Taycan drivers can comfortably charge their cars with up to 11 kW of alternating current (AC) at home.

Porsche Taycan variants prepare to drive off at the Catalunya race track.

The flagship Turbo S version of the Taycan can generate up to 761 PS. It has a combined power consumption of 26.9 kWh/100 km, and a combined CO2 emissions 0 g/km on overboost power, in combination with Launch Control. It accelerates from zero to 100 km/h in 2.8 seconds. Its driving range is rated at up to 412 kilometers.

“The Taycan links our heritage to the future. It carries forward the success story of our brand—a brand that has fascinated and thrilled people the world over for more than 70 years,” said Oliver Blume, Chairman of the Executive Board of Porsche AG.

Porsche simultaneously premiered the Taycan in three continents—North America, China and Europe—on September 4. The new four-door sports sedan is a unique package offering characteristic Porsche performance and connectivity with everyday usability. At the same time, highly advanced production methods and the features of the Taycan are setting new standards in the fields of sustainability and digitalization. 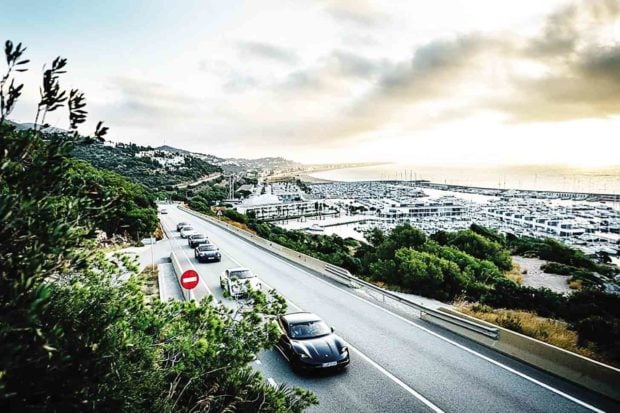 Production Taycan models being driven along the beautiful coastline of Barcelona. 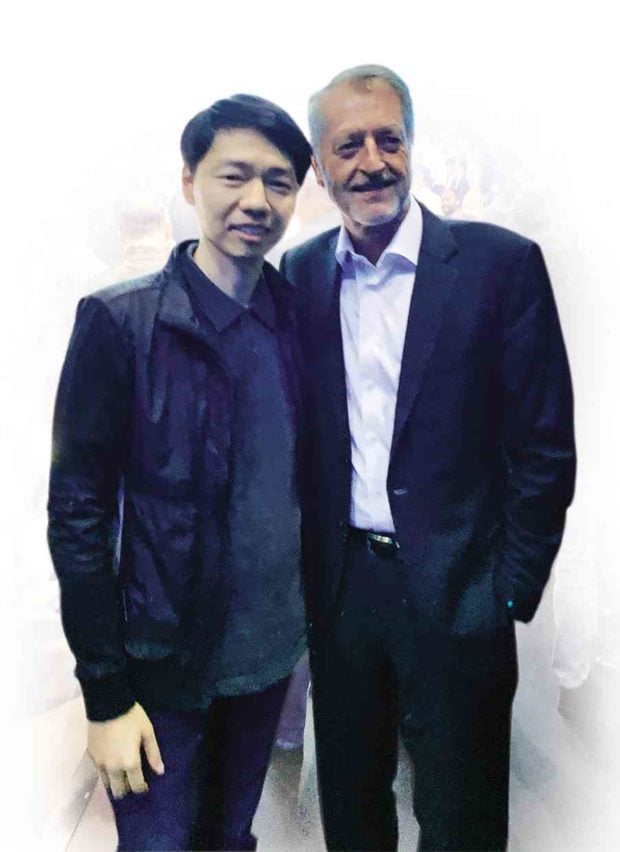