China has massively moved forward, proudly showing off their collective industry’s latest technologies and an ambitious electrification program for their vehicle line-up. By 2035, the Chinese automotive market is expected to be exclusively electric. Current battery technology development in China is able to improve a typical small to medium vehicle’s range by roughly 10-15km each year. China hopes to democratize EV ownership for its car hungry citizenry, and the rest of the world.

In light of this massive push towards electrification, GAC unveiled the ENO-146, the latest EV concept car from the Guangzhou based brand at the Auto Guangzhou 2019 in Canton Fair Complex, Guangzhou, Guangdong, China.

The ENO-146 features the world’s lowest coefficient of drag for a passenger car of 0.146, (hence the name) roughly half a typical modern car, with the slippery shape a key ingredient to its tested range of 1,000 kilometers in steady-state driving at 60km/h. Under real-world Chinese driving conditions, GAC has tested the car to cover 600 kilometers in a single charge.

The ENO-146 was penned under the direction of Zhang Fan, Design Head & Vice-President for R&D of GAC. Zhang Fan was a 12-year veteran of the Mercedes-Benz design team before taking on this latest role as design chief. 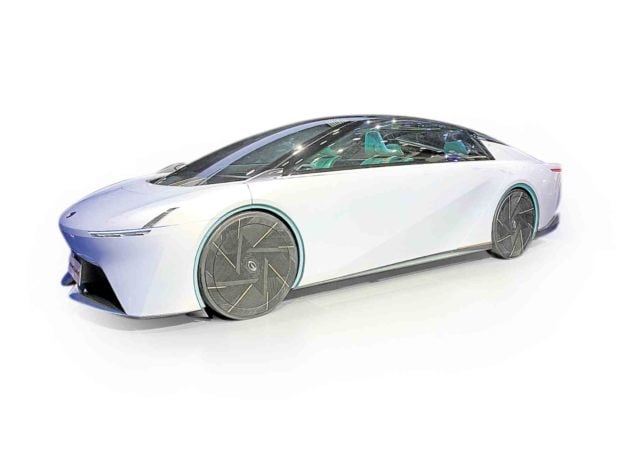 The ENO-146’s aerodynamic shape is perhaps, the world’s lowest coefficient of drag for a passenger car.

The ENO-146 features dramatic gull-wing doors, a unique arrow-head 6-seater configuration for its occupants placed in individual bucket seats, and a steering-wheel integrated augmented-reality digital dash display, a true first even in a concept car in the automotive landscape. The complete absence of a traditional dashboard improves interior space, ease of entry and exit, and provides an airy, luxurious feel.

The advanced active aerodynamics features an extending halo utility gear that minimizes wheel & fender gap at speed, and reduces entry of air into the wheel wells, along with extendable pontoon wind deflectors ahead of the front wheels also for the same purpose. A fully sculpted underbody and ground effects to channel air smoothly underneath the Eon 146, creating a low-pressure area and sucking the car to the ground, improving stability and grip. A diffuser at the back alongside the concave shaped rear fenders allows distance from turbulence created by the merging of low and high pressure areas and further reducing drag. The overall design language has been penned ‘Vector Energy’ by the design team.

No details were given as of launch on the powertrain and battery unit as of launch time. Expect more technical details in the near future. GAC teased us that a sporty and stylish vehicle in the same vein as the ENO-146 might make it into production in the near future, joining the brand’s current EV line-up of the AION LX cross-over and the AION S sedan. GAC currently has a 50,000 capacity for EV’s but is ramping up capacity to 80,000 to meet the massive EV demand from the local market alone. 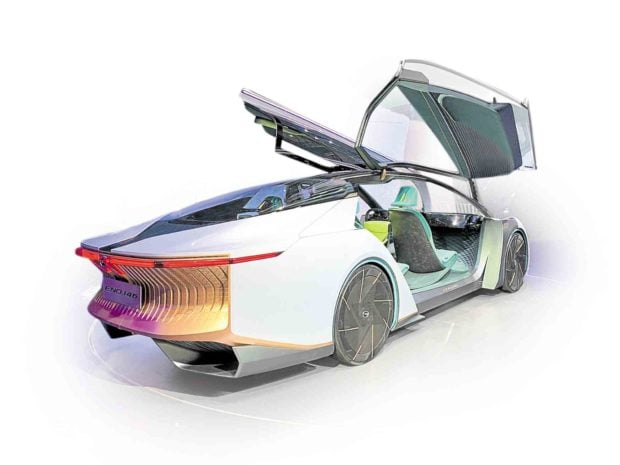 GAC is confident of its technology, design & build quality. Their expansive 80-hectare main facility in Guangzhou has the capacity to produce 650,000 GAC branded vehicles a year. Although the brand was only established in 2007, its predecessor entity has been around for 30 years, being the local assembly partner for Toyota, Honda, Mitsubishi, HINO trucks & recently, FCA Group. If the major brands from Japan, USA and Europe trust GAC to assemble their cars for the local China domestic market, then we can be confident that their own GAC branded vehicles pass the stringent standards of these rival manufacturers, and should be more than good enough for you and me.