May the Porsche be with you 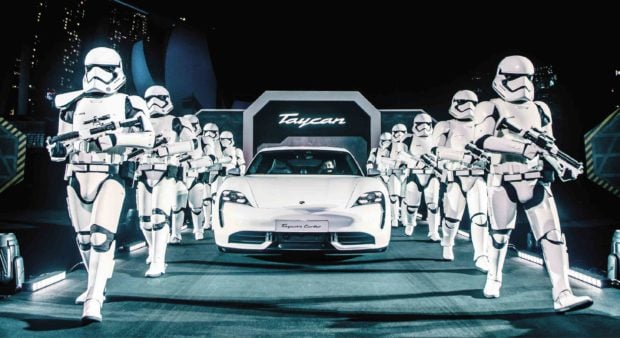 Two of the coolest brands in the galaxy have just made an unexpected alliance and have come out in force at the Float, at the Marina Bay in Singapore.

Porsche and STAR WARS via Lucas Films have created massive ripples of excitement on the full reveal of their design collaboration at the official launch of Porsche’s all-new, all-electric sports car, the Taycan.

One can liken it to an Imperial raid with such a multi-sensory barrage of awesomeness during the seriously STAR WARS-themed event, for both the collaboration and the Porsche Taycan have been hotly anticipated since limited information about them spread out on all platforms of global media beforehand.

The Porsche Taycan is the first all-electric sports car, and it is also the realization of Porsche’s lauded Mission E electric concept vehicle. According to the fortunate few who’ve already been able to extensively drive it prior to launch, it’s well worth the wait for its bleeding-edge technology, performance and dynamics that are staggeringly good– yet it unmistakably feels like a Porsche, as it should. The Taycan utilizes a system voltage of 800 volts, instead of the 400 volts system used by current conventional electric vehicles, and it gives the Taycan an unparalleled advantage in several respects. In just over 5 minutes, its battery can be recharged to give it a 100-kilometer range. Charging time for an 80 percent SoC (state of charge of the battery) only takes 22.5 minutes under ideal conditions. The peak charging power of the Taycan’s battery is 270 kW, but the overall capacity of its Performace Battery Plus is 93.4 kWh. The Taycan’s charging system uses direct current from a high-power charging network, but its owners can also comfortably charge it at home, with up to eleven kW of AC (alternating current). 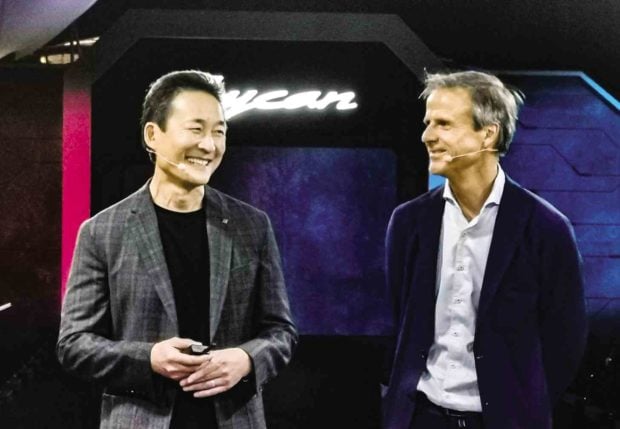 Earlier in the day, Vice President Style Porsche at Porsche AG, Michael Mauer gave the Press an impressive design briefing on the Porsche Taycan’s (Taycan means “lively young horse”, with reference to the center of the Porsche crest) design principles. By the evening’s launch, he took it a light year further by discussing their design collaboration with Lucasfilm’s VP Executive Creative Director, Doug Chiang. He personally designed some of the Imperial Droids in the past Star Wars movies—so the sci-fi geeks in all of us were unabashedly aired out during the proceeding. The fantasy ship, revealed via its concept sketches projected on multiple large screens in the event, only fanned our excitement even more, for the upcoming “Rise of Skywalker” STAR WARS epic, that’d conclude the much loved film series. We sure are going to be on the lookout for that spacecraft with a Porsche crest on its hood–er, fuselage.

The team-up certainly caught everyone by surprise when info about it leaked-out, and to many of us, it makes perfect sense. The Porsche Taycan, like the iconic 911, will be the poster car of our near future. It represents an undiluted embodiment of Porsche’s stellar achievements in the automotive world, and even elevates it by a few steps. And the best part of it, is that the Taycan is no fantasy—it’s set to blaze trails by the early part of next year, for real. We can’t wait! So, may the Porsche be with you. Yes, and also with you.