3 or 4 things we need to understand better 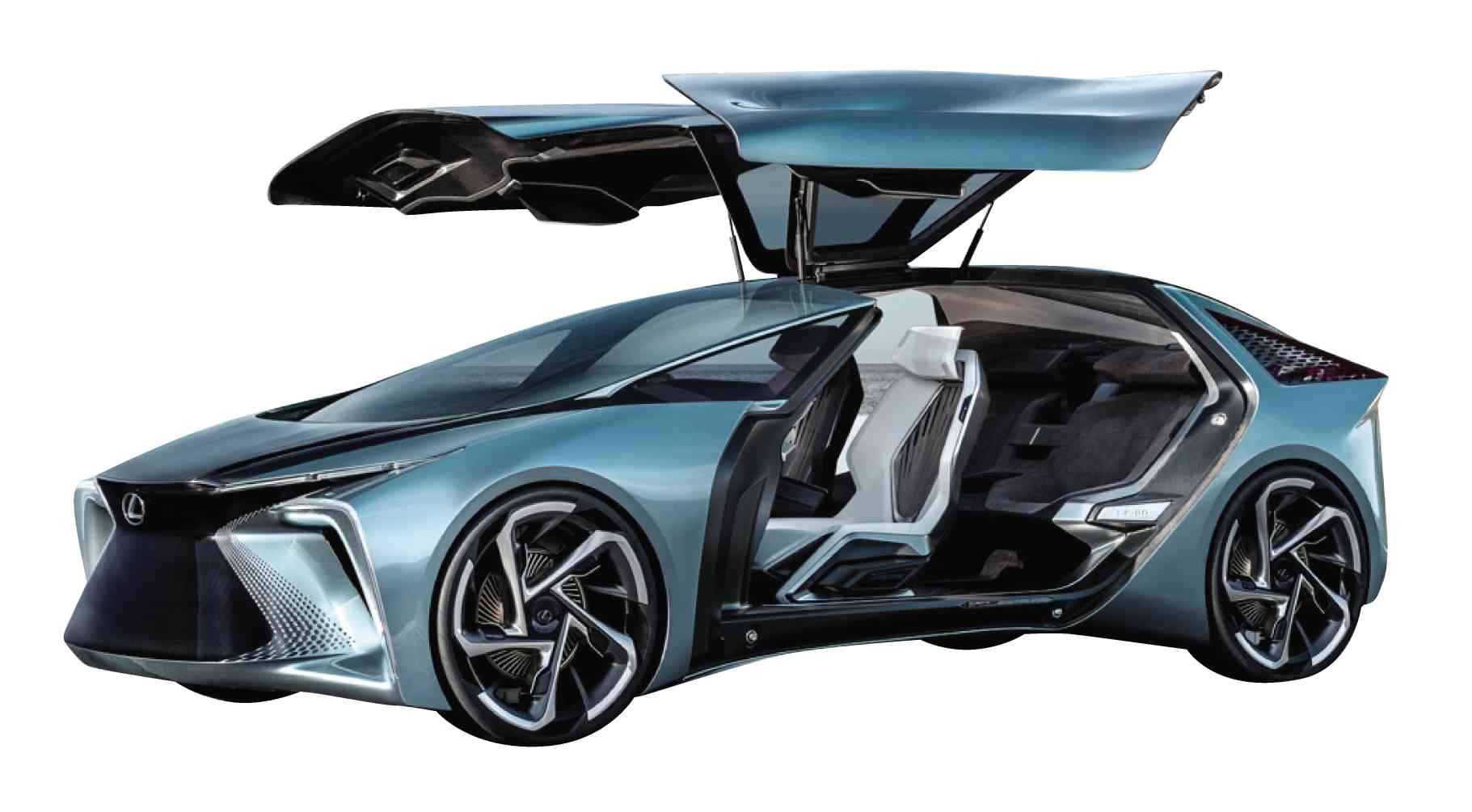 The realities and technologies of the automotive world are changing rapidly. We need to understand several things about the new systems and even the new world in which we will be living.

The big news is electrics. But that isn’t big, or new, or even simple. What the use of electric power for transportation does is it allows huge flexibility in terms of design and engineering. You can almost start with a new sheet of paper, and create shapes that bring forth the emotions and images you want, without being dictated by the needs of large engine blocks or exhaust routing or drivetrain placement. The newly introduced Lexus LF-30 concept car is in reality a four-door people-mover. It just looks so swoopy that people think it is a sports car (It should also be able to drive like one, by the way.) It is meant to be used from the front seats, or the back seats if you wish autonomous driving, or by someone else completely if you decide to have it available to others during your down time. The LF-30 is an excellent example of how being able to dismiss the old notions and processes, can produce ideas and end results that will be as bewitching as those created within familiar parameters.

The take-up of electrics may well not come from those that want efficiency or earth-friendliness. Many believe that the key adoption will come from the luxury and the sporting enthusiast worlds. The best possible example of this is the new Porsche Taycan. Stuttgart didn’t seem to set about to create an electric car, but rather a Porsche that could take advantage of all the things electric propulsion has to offer. They now have a car that has four doors but drives as dynamically if not more so than most sports cars arguably including theirs. So the purchase will be an emotional one, not a financially or ecologically driven one. Wanting to satisfy that well-heeled market may well bring about the needed infrastructure more quickly than waiting for more mainstream buyers who would rather wait for the sure thing before they put down their hard-earned cash.

We will not be a one-propulsion-system world, because we have so many different market realities. VW says no more diesels by date X, BMW says “are you crazy do you know how many diesels we sell all over the world?” Toyota’s answer is to supply all markets with whatever that market needs. Their Prius hybrids have been proving themselves all over the world for years, but many believe true acceptance will come when the technology is in cars that people already know and love like the Corolla, and the Rav-4, and the Camry. And don’t count diesels out. We were surprised when we we were told otherwise by car company engineers when we talked about what projects are currently being funded. This is stuff consumers won’t see for years, but money is being put back into it in terms of research and development.

All of these changes are possible because we are far more able to control car systems than ever. We can use electrics because computers control and monitor torque and traction and charging, and so on. We can extract increasing amounts of power from increasingly small internal combustion engines because fuel flow is monitored and controlled ‘infinitetismally’ almost, and because transmissions are far more flexible than ever. These systems make cars far safer than ever, with abilities to follow lanes and stop automatically (Subaru’s EyeSight is a currently-available example) and more. These systems also make it harder than ever to do what many of us love, which is work on our own cars. As much as we love our old cars, newer ones are just far safer. But don’t expect to keep them for as long as you may be used to. 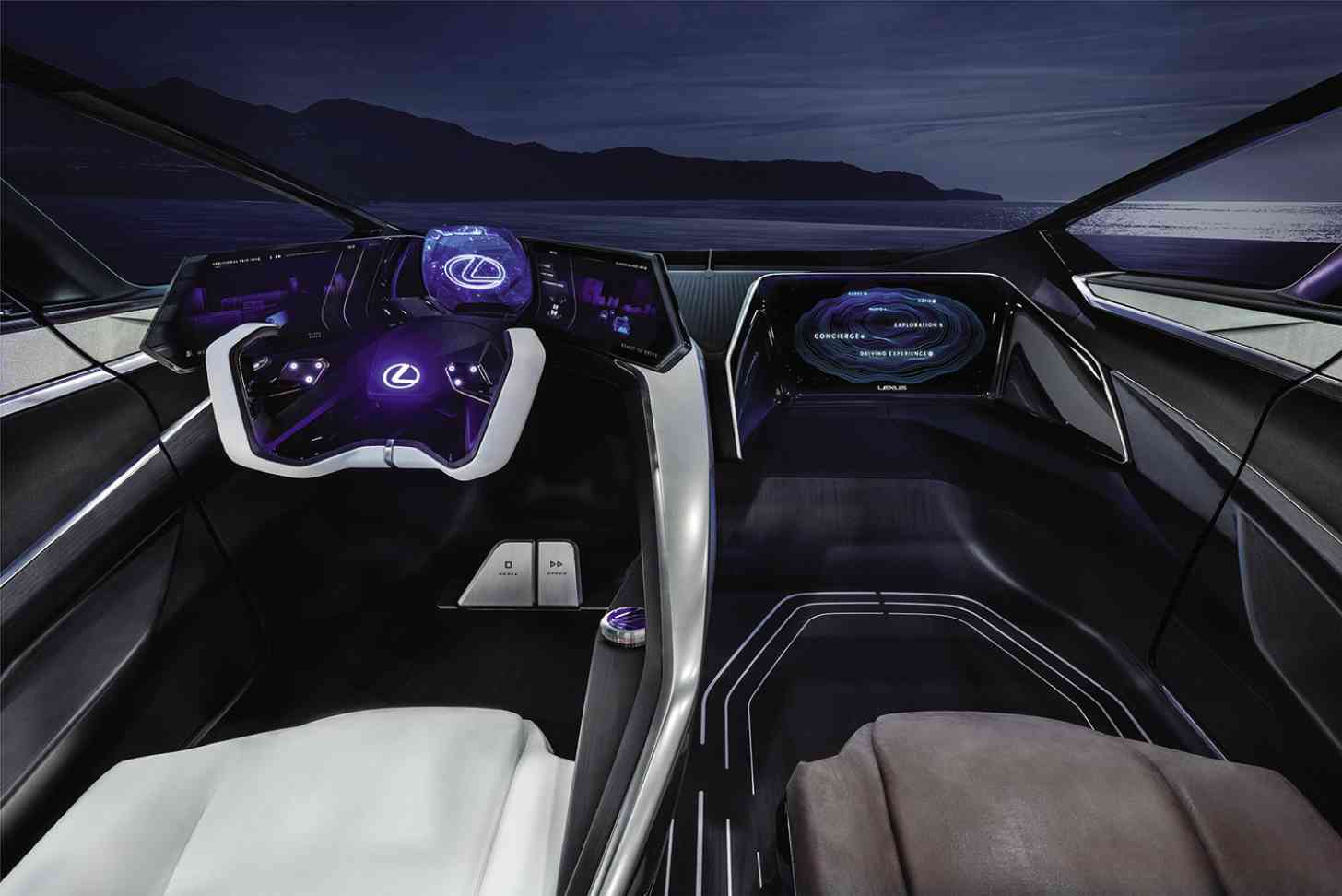 You can’t even look to just the familiar brands anymore for the most cutting-edge tech. A visit to the world of car company Geely in China (the ones who own Volvo and Lotus and a few other things) showed us that companies like theirs may well be far ahead because they have less baggage. Geely is a privately-held company rather than a state-supported one, and you can feel the entrepreneurial spirit in the multi-cultural workforce. They are already nailing down stuff we take for granted like design and interior quality and performance. What they and those like them are thinking about isn’t even on our radar. Artificial Intelligence and cloud-based data management are far closer than we realize. And once that switch is flipped, take-up will be massive and quick.

We keep saying take-up. A lot of these technologies are old news, we just haven’t taken them up, or they just weren’t pushed because of the fear that they wouldn’t be taken up so they were never financially viable. But we now live in a world where things change in an instant almost, and we have generations that expect that change to be quicker than we may be want. But that’s the new normal. Maybe that’s what we really need to understand.