What are the biggest factors that contributed to the massive jump in vehicle sales in the country? From 2014, up to 2019 projections, the Philippine Automotive Industry has been doing very well in the long run. While it has been on a slump since 2018 after post-TRAIN implementation, the industry as a whole, has been in a strong position to resist contraction and continue to push forward. For comparison’s sake, here’s a short review of the industry sales figures:

1.) The U$3,000 GDP Per Capita Income -GDP per capita is a measure of a country’s economic output that accounts for its number of people. It divides the country’s gross domestic product by its total population. That makes it a good measurement of a country’s standard of living. It tells you how prosperous a country feels to each of its citizens. In ASEAN, all other countries that hit the $3,000 per capita income level experienced a massive motorization in its society. According to some economic planners and think tanks, the Philippine’s GDP per capita income is expected to reach $3,063 by the end of 2019, and potentially reach $3,227 by the end of 2020. For comparison’s sake, Malaysia is roughly at $12,000, Singapore is $55,900 and Thailand is $6,445. Vietnam’s is approaching our level too at $2,739 for December 2019. Malaysia’s population is a third of our country at around 33 Million as of mid-2019, yet their annual new car market size is 520,000-530,000. Thailand on the other hand has a population of just under 70 Million, yet their total annual new car market size is 1,039,158 for fiscal year 2018, more than double that of the Philippines.

2.) TRAIN Law – The Tax Reform for Acceleration and Inclusion (TRAIN) Act, officially cited as Republic Act No. 10963, is the initial package of the Comprehensive Tax Reform Program (CTRP) signed into law by President Rodrigo Duterte on December 19, 2017. The TRAIN Act is the first of four packages of tax reforms to the National Internal Revenue Code of 1997, or the Tax Code, as amended. For automobiles, the excise tax system changed and was simplified. A brief rundown is that all cars below P600,000 are taxed at 4%, cars between P600,001 to P999,999 –are now taxed 10%, while cars from P1-Million to P3,999,999 –get taxed 20%, and cars at P4-M and beyond –get taxed at 50%. Pick-ups are now excise tax exempt, as are electric vehicles, which we will see more of in the coming years, while hybrid vehicles that fit into the price segments listed above, get half of the excise tax rates. Hence we will see more hybrids in the future as well, as they become more affordable. Many entry level cars are now cheaper, while a few super high-end vehicles, due to the simplified and rationalized tax scheme also became cheaper. A good example? The Nissan R35 GTR was previously selling for P7.4 Million when it was first introduced in 2017, but hit an all-time low of P6.4 Million from 2018, up until only a few months ago. It is interesting to note that pre-TRAIN Law jitters in 2017, prior to when the law was finalized, was causing panic amongst car buyers who bought cars they had initially been putting in 2017, which artificially pushed vehicle sales to an all-time high in 2017 of 473,943 cars sold. The market did a massive sales correction in 2018, dropping more than 15% to 401,803 cars sold. 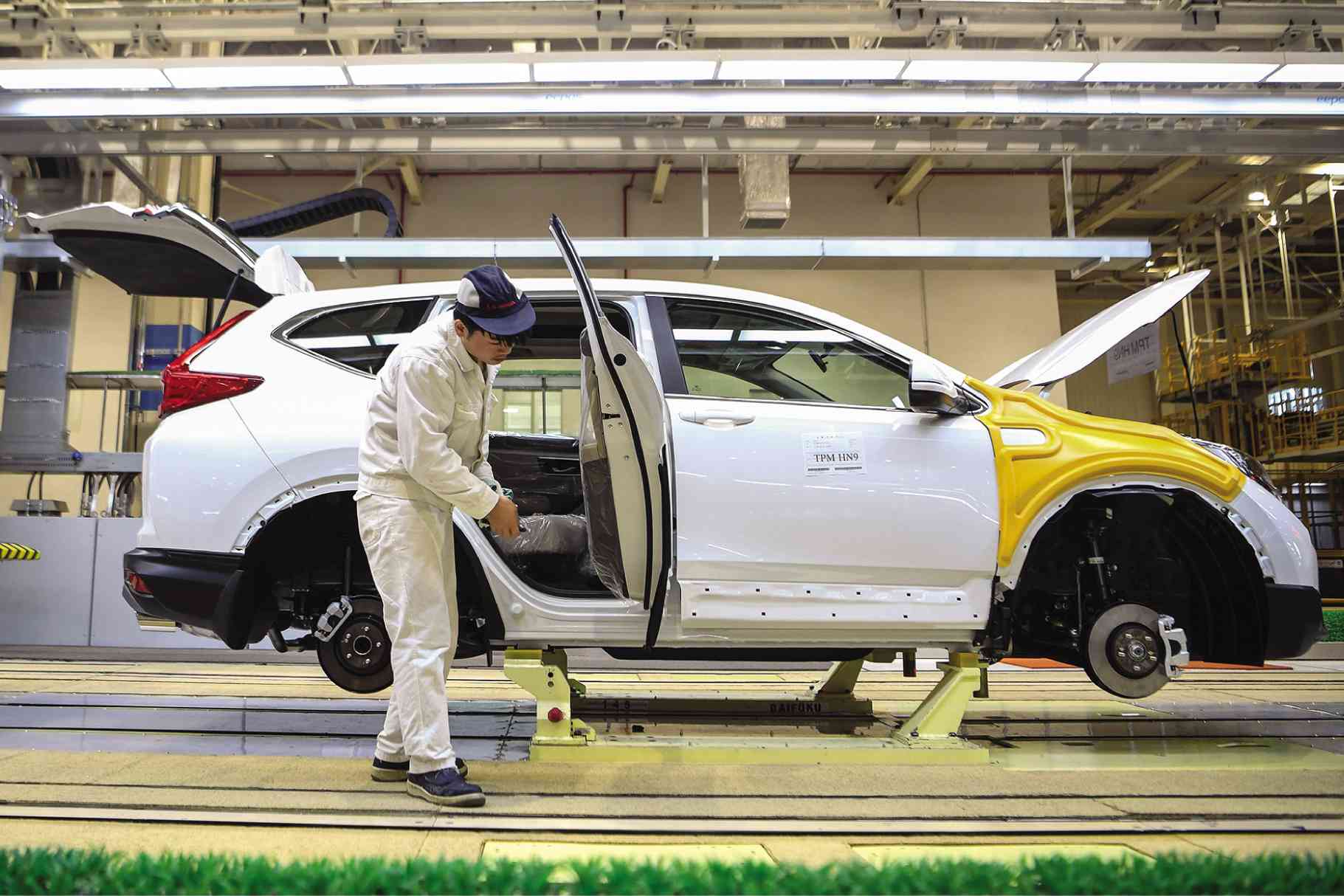 3.) CARS Program – The Comprehensive Automotive Resurgence Strategy (CARS) Program is being implemented in order to attract new investments, stimulate demand and effectively implement industry regulations that will revitalize the Philippine automotive industry, and develop the country as a regional automotive manufacturing hub. In this regard, the Philippines is behind its ASEAN neighbors. Thailand is considered the ‘Detroit’ of Asia as many of the world’s top mass-market brands manufacture and assemble cars here, with the OEM supplier industry growing. As a side-note, their strength in manufacturing and now even R&D/engineering/design has also created a strong local aftermarket and motorsports industry. Malaysia on the other hand has their national car brands, Perodua and Proton which are state-owned and/or hugely supported by their governments. The CARS Program aims to emulate the success of these two countries, shifting production locally of popular mass market cars, allowing them to be cheaper for the average consumer. Today, only the Mitsubishi Mirage and Toyota Vios are part of the CARS Program, with Toyota investing 5.2 Billion Pesos to expand production capacity in the, while Mitsubishi also investing over 4 Billion Pesos. Toyota hopes to be able to locally manufacture 230,000 Vioses locally in six years, while Mitsubishi hopes to produce 200,000 in the same time span. The key difference here is body and chassis stamping will be made locally, as well as the assembly for large plastic components such as dashboards and door sidings. In all, the government hopes to generate 14,000 new jobs over the six year period and P18-Billion in taxable wages. CARS will also benefit the metal works, chemicals and steel stamping industry, as a minimum of 20% of the other parts of the vehicle should be locally produced and sourced.

4.) JPEPA – The Japan-Philippines Economic Partnership Agreement or commonly known as JPEPA, is an economic partnership agreement concerning bilateral investment and free trade agreement between Japan and the Philippines. JPEPA gave an obvious advantage to the Japanese firms, as cars originating from Japan would now enjoy zero tariff (basically import taxes). Cars with a displacement of 3000cc and higher qualified for this, which include the Toyota Land Cruiser, Land Cruiser Prado, FJ Cruiser and Alphard, most of the Lexus vehicles, the Mitsubishi Pajero, the Nissan GTR, Patrol Royale, and a few other high-end luxury vehicles. While many of these cars remain outside of the reach of average Filipino motorists, the top-segment enjoyed more choices and pushed them to buy more cars.

5.) Lower Interest Rates from lending institutions – from personal recollection and experience, borrowing money to finance car acquisition was expensive, hovering around 10% a decade ago, versus practically half of that today. This lowering of interest rates has allowed more people to borrow money to buy cars. Coupled with lower downpayments, to even zero downpayments in some cases, bringing home a car is so easy. Today interest rates are just under 5%, and some banks give special rates to preferred clients to as low as 4.2% per annum. Many new regional banks setting up shop in the Philippines are also more aggressive and offering cut-throat rates just to increase investment and loan portfolio on the country, which has helped the regular local consumer to be able to afford to finance his or her new car.

6.) OFW Remittances – there are an estimated 2.3 Million OFW’s scattered around the world, who in 2018 sent home a total of 236 Billion Pesos, money which was used to buy real- estate, personal home effects and of course cars. The figures have been on the rise as more Filipinos find better paying jobs abroad which allow them to earn 2-4 times more than working in the country would allow them to. With housing, cars, healthcare and education being the among the top expenses of all Filipinos, OFW’s and their families spent their income on these things.

Have any of these factors benefited you in your car-buying decision over the last few years? We certainly hope so.