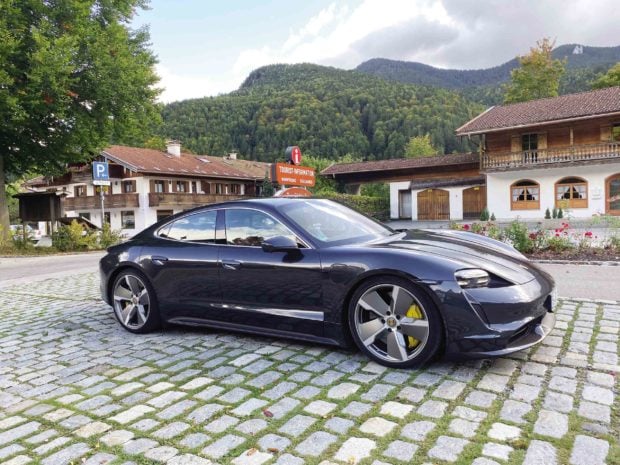 People ask the wrong questions. I do that myself, and with this vehicle I did that myself as well.

In the case of the new Porsche Taycan, the questions are about the electrics.

That is not what the car is about. But you will really only see that after you drive the car. So, as we said, the question makes sense.

Until we drove it. Two days crossing back and forth between Austria and Germany, up mountains and along unrestricted Autobahn sections and on tight, twisty roads. From the first chance to take a fast curve, the Taycan was an eye-opener. We expected phenomenal acceleration, the handling was a wonderful surprise. 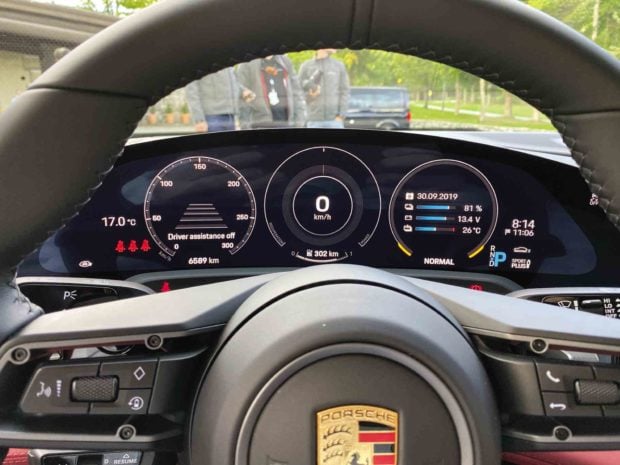 What is the car about? Basically, it is about a driving experience completely different from anything else on the public roads. Porsche engineers have been looking at full electrics for years, and prototypes have been out and tested, albeit rather quietly and with massive communications controls, for far longer than most think. And the way they looked at their systems and then developed them was, quite simply, the usual Porsche way. But without the usual constraints. They don’t have engine mass or drivetrain weight or exhaust ducting issues, for example. They can make weight (batteries) rather low in the car which makes for seriously cool handling characteristics. Two electric motors put out the power, with the larger of the two handling the rear wheels. There is actually a transmission, a two-speed automatic that allows better finessing of the torque curve. Basically, everything is so finely monitored and controlled that you have a car that will do whatever you wish for. It is, arguably, more purist in the driving experience than the 911s or the 718s.

The sound. I truly love fuel-burning internal combustion engines. I grew up with the sound and the crackle and the smell. I did not miss that at all in the Taycan. All that was replaced by a kind of purity of purpose. An efficiency of physics. You could concentrate on the drive itself. There is a sound, though, there are actually several. First, you have a generated sound coming from external audio speakers that is mandated by law so people know a car is there. It is still so quiet that from startup people barely notice it, and you sit there waiting for them to move out of your way. Then you have the actual mechanical sounds coming from the two motors themselves. It isn’t roaring or fire-breathing, but it is very cool. It is quiet at low speeds, kind of a whirring as you accelerate and really great at high speeds. The arguments in the car were, was it more Star Wars or Back To The Future? 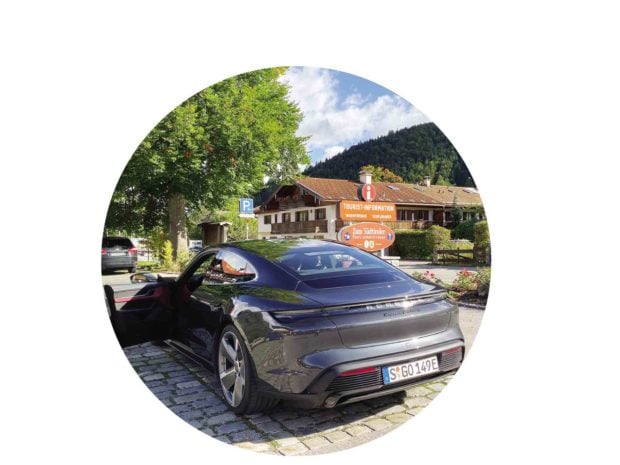 There is also a third sound, which is piped through audio speakers. Porsche took the actual sounds made by the motors and kind of pumped them up, worked on them and tuned them. So yes it is artificial but it is based open something that actually happens (or happened). I am not, nor have I ever been a fan of artificial engine sounds. Having said that, there is a point to them especially in this case. The car is otherwise so quiet that you start getting bothered by things you never noticed before. The sound of tires going over different road surfaces, wind noise, raindrops. Quaint European cobble-stoned streets. That generated sound actually helps mask all that. So I found myself activating the generated sound in certain instances. But other than that, and honestly that’s kind of quibbling, in was noises off. Those two electric motors start sounding like spaceship engines or jet turbines, and they can be as addictive as any internal combustion engine if you are the type that didn’t grow up with them in your dreams.

So now other questions. Yes, they call it a turbo, but no there is no turbocharger. Porsche feels that to them, the word “turbo” embodies a spirit more than an actual exhaust-driven device. And besides, they have the word “turbo” differentiating model lines of theirs where all the cars have turbochargers anyway. A good point is that people are already used to “turbo mode” on things like their computer. This will be a point of contention for many. In reality it has zero to do with how the car feels or will make you feel. Given the neck-ache-causing acceleration ability, hyper-drive may well have been an acceptable choice.

And yes, that acceleration is a function of electrics, and yes you can make anything go fast. Once or twice. Porsche assumes you may want to do this all day, every day. And that’s how they built it, and that’s how it runs. 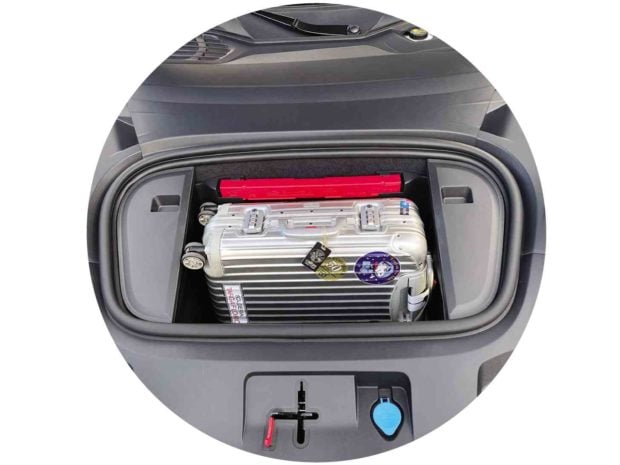 Electrics mean charging. No question, much of the world doesn’t have the infrastructure to handle this yet. That’s why Porsche may have done the most brilliant thing possible. You don’t get a Taycan because it is clean and green. You get it because it is a phenomenal drive. It is a sportscar or a GT car that happens to have four doors and no exhaust. Correct, you need proper charging stations and infrastructure, and we don’t have that right now. Porsche makes the argument that people will want this car, or this type of car, and the infrastructure will be demanded. In many countries, that demand is answered by the private sector and not the government, and that’s probably the best way to go. Porsche and indeed all these companies are or should be making vehicles for the future, they can’t be held down by thinking and bureaucracy from the past.

Now to get people to be as forward-thinking about charging stations and infrastructure.