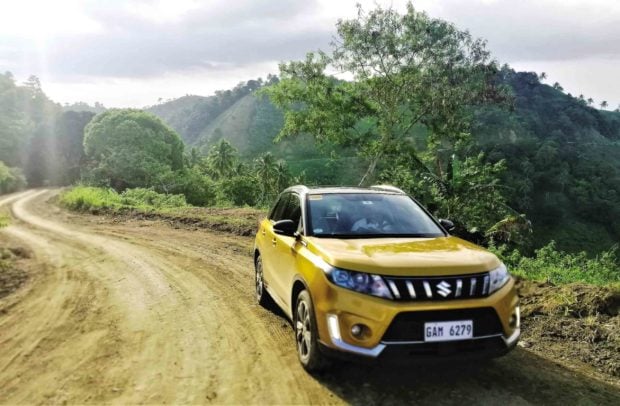 Vitara in the mountains of Danao City

Northern Cebu has its own cluster of intriguing destinations which are best enjoyed on a road trip on board a sleek compact SUV which can sprint along paved roads and negotiate rough terrain in the interiors. The New Suzuki Vitara, powered by a 1.6-liter, in-line-four that produces 115hp and 156Nm of torque, is one vehicle which can offer that consummate drive in this vast island province and anywhere in the archipelago.

We drove this new beauty and beast fresh from Sakura Autoworld, an award-winning dealer in Cebu City, to the north and back, and found out why it won in the recent Auto Focus Media’s Choice Awards’ Compact SUV of the Year.

In our first part last Sunday, the vehicle made a 150-km run to the province’s northermost tip in Daanbantayan, via the towns along the Cebu North Road in the so-called east coast. On the way back, we took the equally scenic, but less congested west coast via the Antonio Pio Highway to complete the northern road loop.

Pit Stop 5: Bogo City. The commercial and transport hub in the north, this 12-year old city is a vital crossroad where most of the towns can be reached. It boasts of a master-planned new government center and central business district with an integrated public transport terminal beside a planned commercial mall complex. The terminal is a modern and spick-and-span station where trendy aircon buses enable passengers to conveniently commute to most of parts of the province in style. 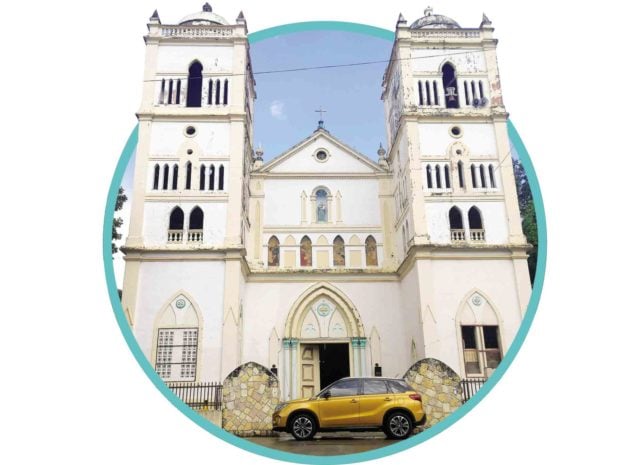 Pit Stop 6: San Remigio. One of the north’s beach colonies, this town has the longest coastline of about 13 km, a good number of them in powdery beige and white sand. The jump-off to Bantayan, a sizable island, which home to the touristic towns of Sta. Fe, Bantayan and Madridejos via roll-on, roll-off ferry.

The town’s extensive shore is dotted with scores of beach resorts, with the San Remigio Beach Club and Maayo San Remigio as among notable ones. A newly-opened classy getaway, Maayo is a 3-star Caribbean-themed boutique resort at a cliff overhang dotted with lush greeneries, outdoor benches and swings overlooking the sleepy shores.

The third property of a local hotel chain, it’s got an eclectic character with its neoclassic architecture and vibrant color motifs which cuts across age barriers. Built by a property developer, it got traces of an executive village look with the room designs and building layout, evoking the feel of a home away from home. 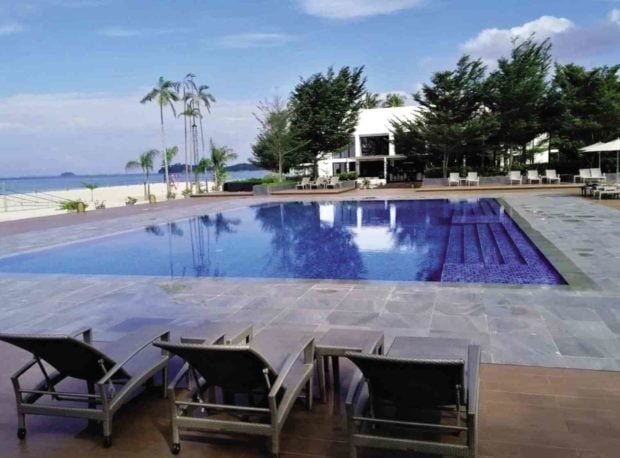 Pit Stop 7: Tuburan. This appears to be another obscure roadside town, but wait till you get to the población which has a few surprises. In the heart of town is the picture-pretty Gothic-style San Antonio de Padua Church, which was declared an archdiocesan shrine of the patron saint.

The town is also the birthplace of General Arcadio Maxilom, a renowned revolutionary leader who fought against Spain and America. His memorabilia, along with some historical stuff, are on display at a makeshift museum at the lobby of the municipio.

At this point, the New Vitara had ran close to 200 km, mostly on concrete and flat terrain, save for a few zigzags and mountain passes. The usual way back to Cebu would be via the scenic Transcentral Highway in Balamban town, and connects to the upland villages of the city which is known for its numerous farm and garden resorts.

That mountain road, we surmised, is a piece of cake for our spanking vehicle and we opted to put the Vitara to its greatest test so far by taking it off-road at the next bend. With the element of excitement for the unexpected, we took its slogan “Time to Play” seriously and braced ourselves for a different kind of joy ride in the highlands. 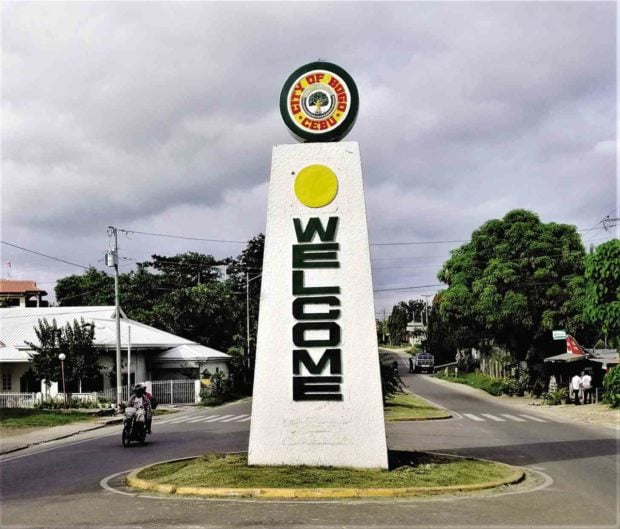 Pit Stop 7: Asturias. A laid-back town named after a Spanish city, it’s got an Instagrammable plaza with the San Roque Church in the background. One of its barangays is literally a road less traveled when crossing to the province’s eastern coast via the vast Central Cebu Protected Landscape, which cuts across several cities and towns. The tell-tale narrow road is a mix of paved and rough road which online maps can’t pick up, but thanks to the New Vitara’s navigation system, we were able to find our way out of the woods.

The drive was an exhilarating experience with breathtaking views of limestone cliffs and mountain ranges of up to 1,000 meters above sea level. The new six-speed automatic transmission demonstrated its enhanced climbing abilities at start off, and climbing with improved acceleration performance. 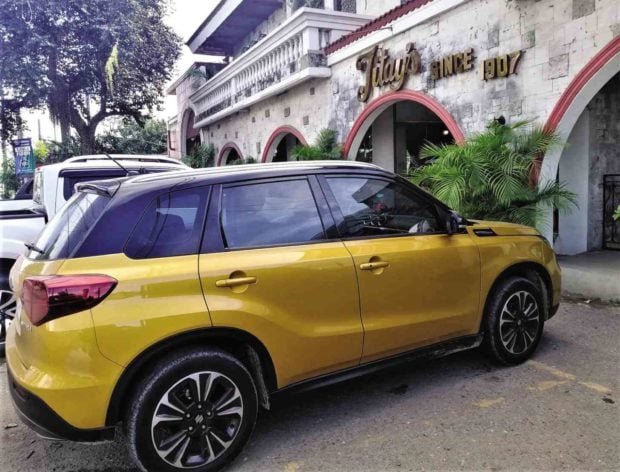 At the forest canopies, the vehicle’s retractable sunroof provided natural light piercing through the thick vegetation. Its bottom sensors alerted us of deep craters and puddles in the non-existent road, prompting us to slow down and maneuver, while its fog lamps and LED headlamps lit up the dark road ahead of us for a safe drive.

Its state-of-the-art safety technologies such as the Electronic Stability Programme (ESP), TECT body frame and six airbags made us confident that we were in good hands.

The long and winding road ended up in Danao City, and brought us back to Cebu’s main artery and on car’s showroom, pulling up occasionally along the way for meal stops, souvenirs, and photo ops with this muddied vehicle which had just passed a major test. 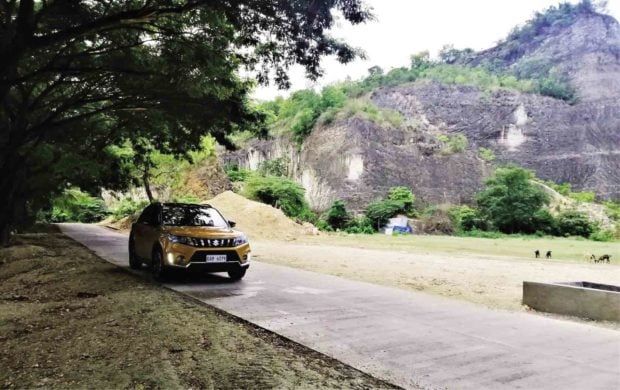 And for this memorable odyssey of work with play (or play with work), we can only exclaim “Viva Vitara!”