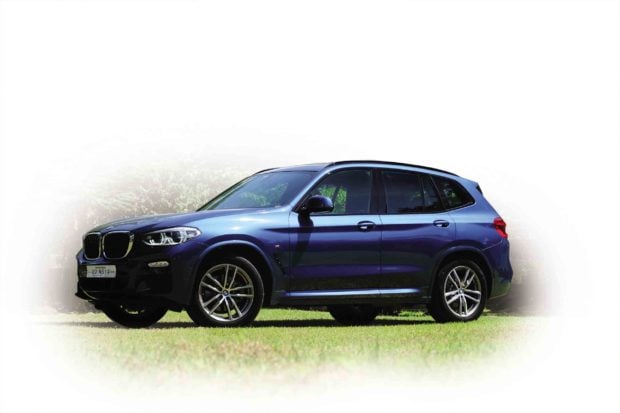 To date, the Malaysian-made BMWs are exported to countries like Vietnam and the Philippines.

Keen to take advantage of the Asean Free Trade Agreement, BMW PH has started sourcing Malaysian-made models in a bid to help lower the purchase price and allow more people to buy them. But has it lost its peerless BMW build quality by moving production to Malaysia?

Truthfully though, BMW X3s are made all over the world: Austria, USA, South Africa, India and Thailand. And now we can add Malaysia to the mix. The Inokom facility in Kulim, Malaysia assembled many other makes and models, but BMW gets its own exclusive facility. To date, the Malaysian-made BMWs are exported to Vietnam and the Philippines, but can be exported to other countries worldwide as demand grows.

All this goodness comes at a relative bargain of P3.9 million, undercutting its rivals from Europe by at least a million pesos. The nearest Japanese rival Lexus NX F-Sport, while being cheaper, lacks diesel power which is what is equally attractive for the BMW.

Engine is the familiar 2.0 CRDi twin-power turbo diesel outputting 187hp and crucially, 400 Nm of torque, driving all four wheels via the X-Drive system AWD through a ZF 8-speed automatic transmission. In-gear acceleration is truly, breath-taking in the X3. With the drive mode selector in Ecopro, you can get a claimed 850 kilometers in a single tank of gas, which, based on my fuel consumption record is highly believable (19km/liter in the highway, 9km/liter in the city with moderate traffic). 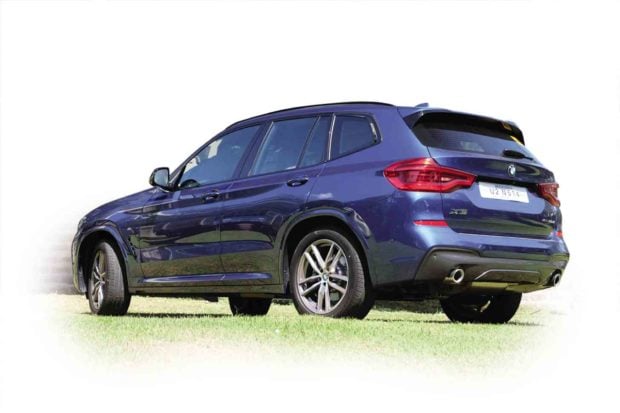 Despite the lack of air suspension, the boffins at BMW honed the M Sport suspension, delivering a great balance of firm, sporty, responsive and stable while being compliant on rough roads. It’s firm, but nowhere near harsh as one might think, especially with the sporty Pirelli Cinturato tires. The brakes are firm, progressive and easy to modulate, the long-travel throttle helps you precisely meter out the power, and the light steering still provides decent feel and feedback. On the highway, the BMW covers ground rapidly yet also very painlessly; it’s a perfect cross country tourer in style. On winding roads, it corners with gusto, handles bumps and ruts in a composed manner and has all the alacrity one would expect from a proper BMW, Malaysian made or not.

BMW’s infamous iDrive has, through the years become more intuitive and less annoying to use, particularly in its latest iteration in the X3.

There is a single complaint I will have to levy against the X3: it really needs Apple Carplay and Android Auto to make mobile phone integration easy. When almost all Japanese brands, and most Chinese car brands offer it, you know you need to level up your tech game. BMW PH says they are working on that for the next batch of X3s and future models they will potentially source from Malaysia. 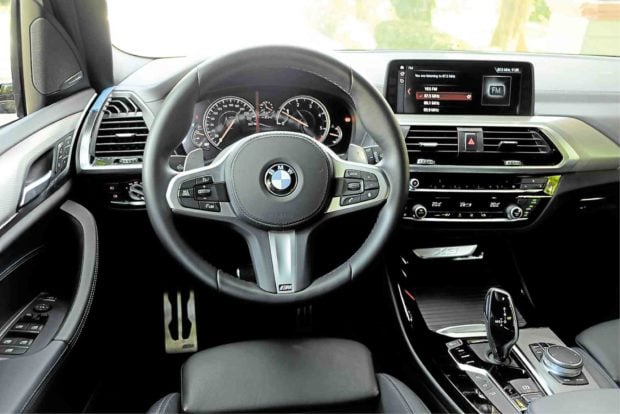 The X3 M Sport will be a volume seller for the brand because of keen pricing, great standard spec list, and of course, the promise of the Ultimate Driving Machine that’s roomy, versatile and frugal on fuel. Let’s hope more BMW models can be sourced from Malaysia, bringing cost down and allowing more people to afford and enjoy it!