Kia Soluto is ‘value for money’ 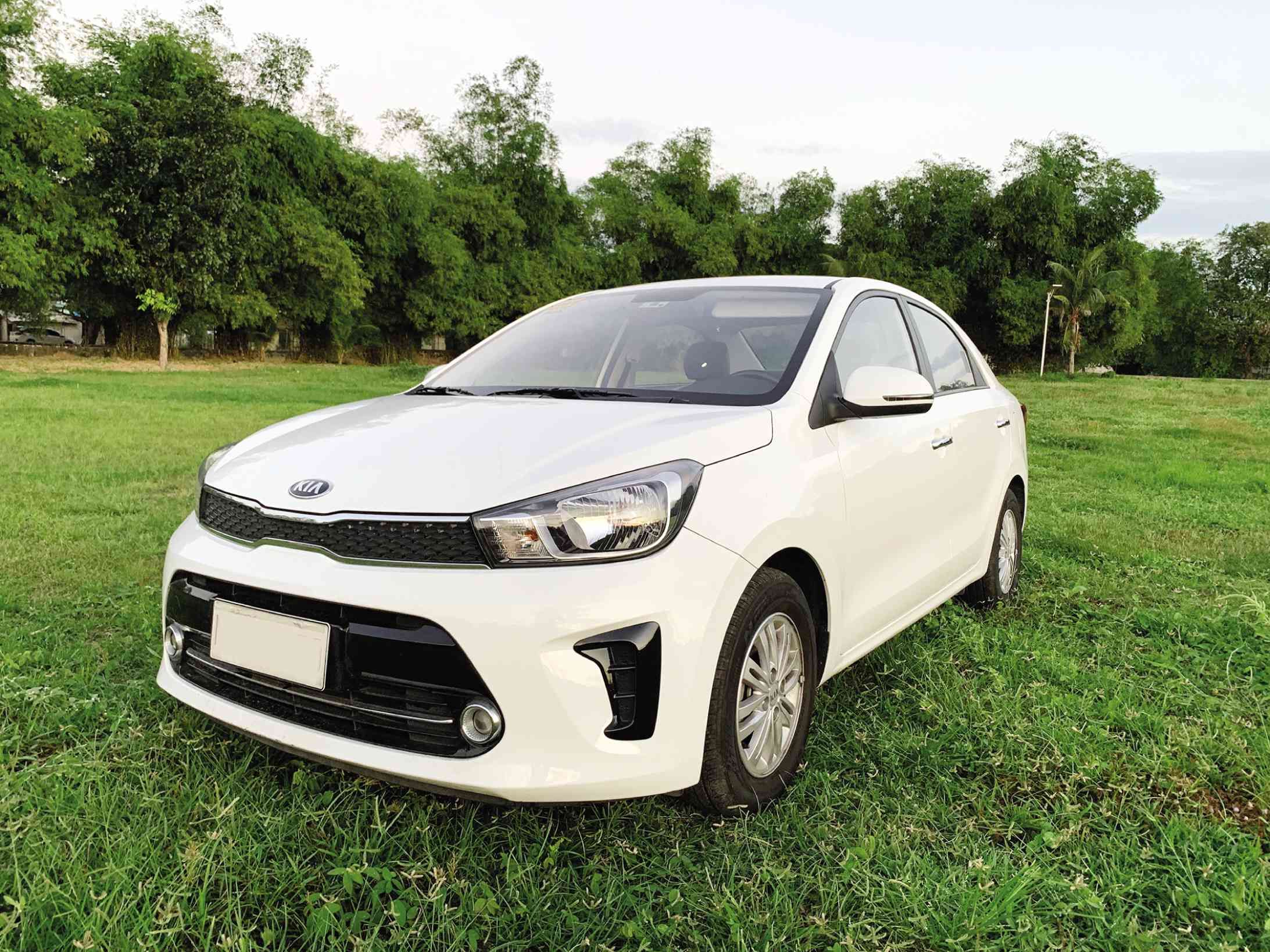 The Korean marque Kia has certainly gone a long way from its origins in South Korea nearly eight decades ago. From merely making metal tubes, the Kia brand is now among the world’s top-of-mind when it comes to automobile design and engineering.

This reputation was reinforced further when it acquired the services of respected former Audi and Volkswagen designer Peter Schreyer in 2006. Schreyer wanted the Kia design, among other things, to be at the leading edge of fresh and practical thinking in the industry. True enough, what we saw rolling out of its showrooms ever since were examples of such cutting-edge design, practicality, and functionality.

I wanted to see just how functional and practical Kia has gone with its newest offerings, so I tried out what’s turning out to be an increasingly popular Kia model, the Soluto. I was handed over a 1.4 EX sedan variant (automatic transmission) with a 1.4-liter gasoline engine.

The exterior suggests it’s a no-nonsense daily driver, ideal for the city dweller who wants a sedan that blends in with any urban setting. But once inside, one will immediately notice touches of elegance and next-level-up features and amenities. 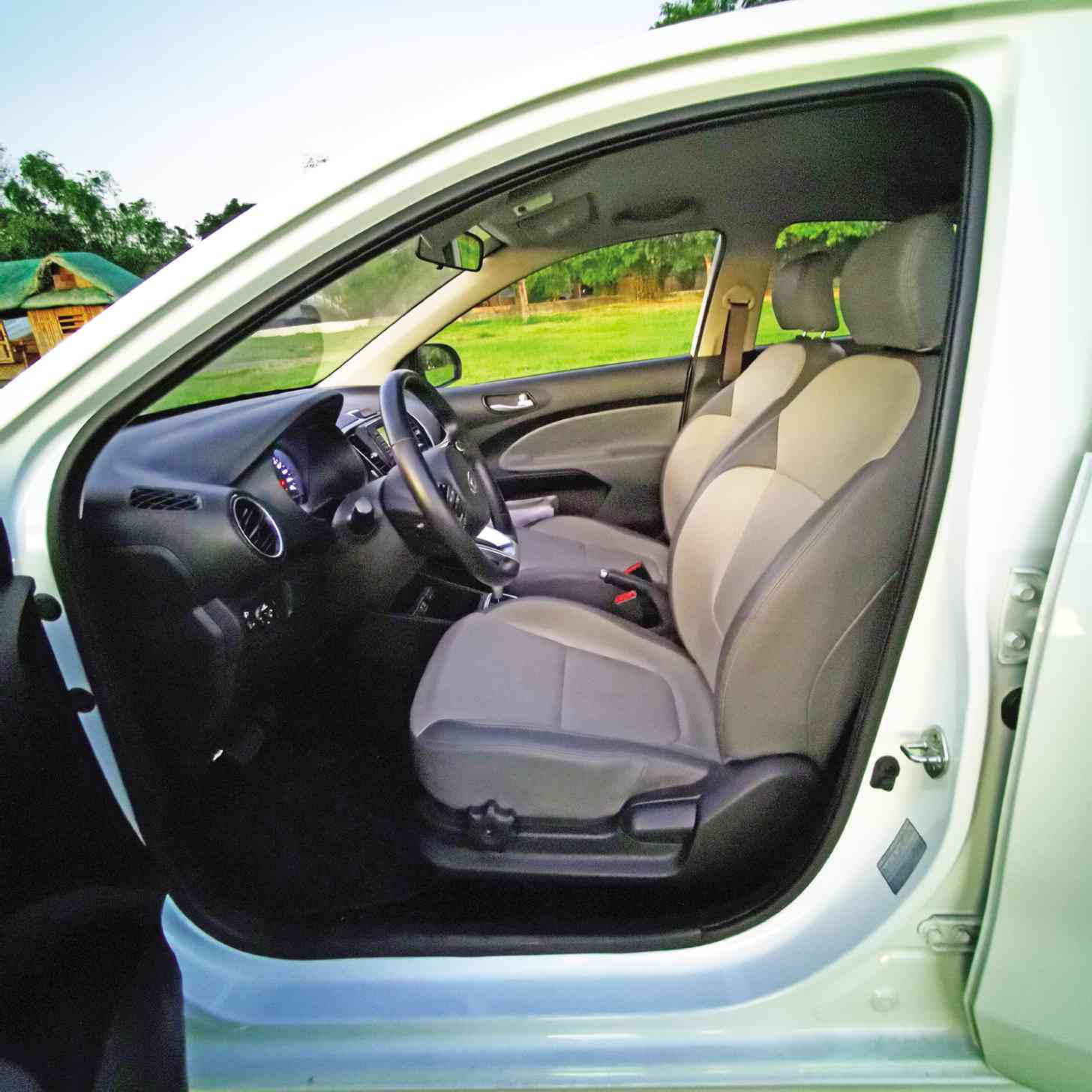 For one, the Soluto is surprisingly spacious, the legroom generous. For another, the control buttons on the steering wheel, and the dashboard instruments and gauges, are features you wouldn’t expect in an entry-level subcompact but on mid- to upper-level sedans. Apart from the trip meter, average speed, and fuel economy indicators, there’s the “distance to empty” info.

And then there’s the rear backup camera (which has a quite clear resolution with guide lines) with parking sensors, a seven-inch infotainment touchscreen, MP3 with USB and Aux-in ports. Its connectivity includes Bluetooth, Apple CarPlay and Android Auto. It has a six-speaker audio system. Safety and security features are front airbags, anti-lock brake system, anti-theft system, three-point seat belts, child anchor and child lock.

I drove the Soluto during the height of the Christmas and new year’s rush. My average fuel consumption in city drives was 8.2 liters per 100km (12.19 km/liter) on a 16 kph average speed—which is quite frugal. 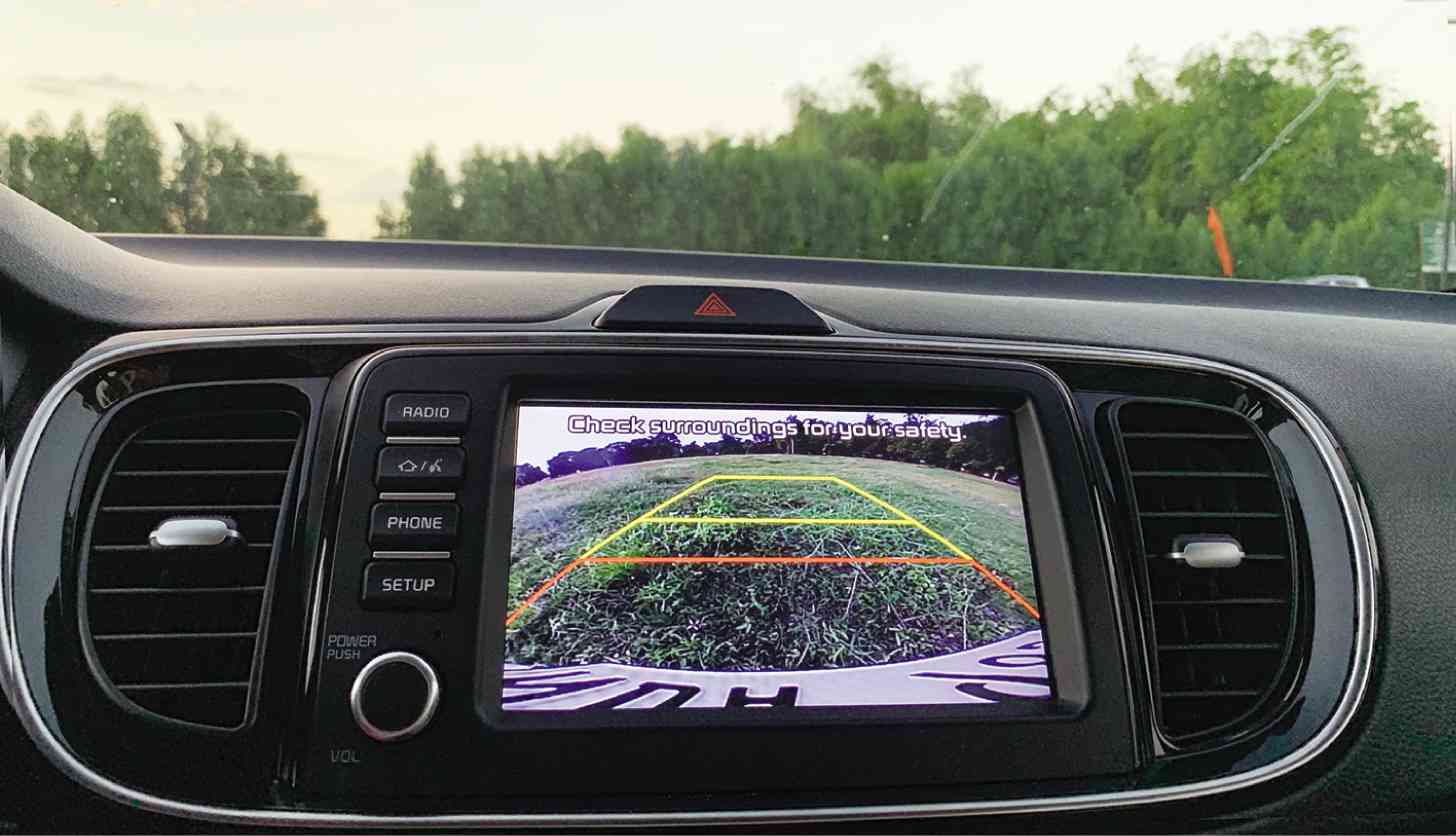 The Soluto was one of the “surprise packages” that Kia Philippines “unboxed” when the Kia brand was re-introduced to the country at the start of 2019 under new management of the Ayala Corp. The Soluto isn’t even a year old in the Philippines, but already it has its own loyal owners’ club.

I recently got in touch with the Kia Soluto Club Philippines members to know how their own Solutos were faring.

Leo Tomias, a deputy manager for a health services innovation company, bought his Soluto EX—his first car—just last Nov. 23. It does double duties, being his everyday drive to work and his family car on weekend outings.

Leo initially eyed the Toyota Vios, Hyundai Reina, and Honda Brio Amaze. He ultimately chose the Soluto not only because it met his basic expectations in a sedan and the low-price range, but also the value-added features, such as the infotainment system with rear park assist.

Leo had some earlier issues with the Soluto’s aircon. “I thought the aircon was weak. Then I learned to adjust the thermostat (at least 80 percent blue) and then blower at 2 to 3. I am now contented with the cold thermostat.”

Leo hasn’t gone back to his dealership/casa yet for the vehicle’s first PMS (his odometer reads at 1,300 km), but he says he regularly contacts his sales agent.

“I and my wife ask a lot of questions to our agent and dealership, this Soluto being our first car, and we’re happy that we always get answers,” said Leo.

Michael Joseph Yap Araula, who owns a Soluto LX AT, said that the Soluto won him over because of its “value for money, nose grille design, infotainment system, spacious interior, smoothness in driving and drive comfort enhanced with the arm rests.” 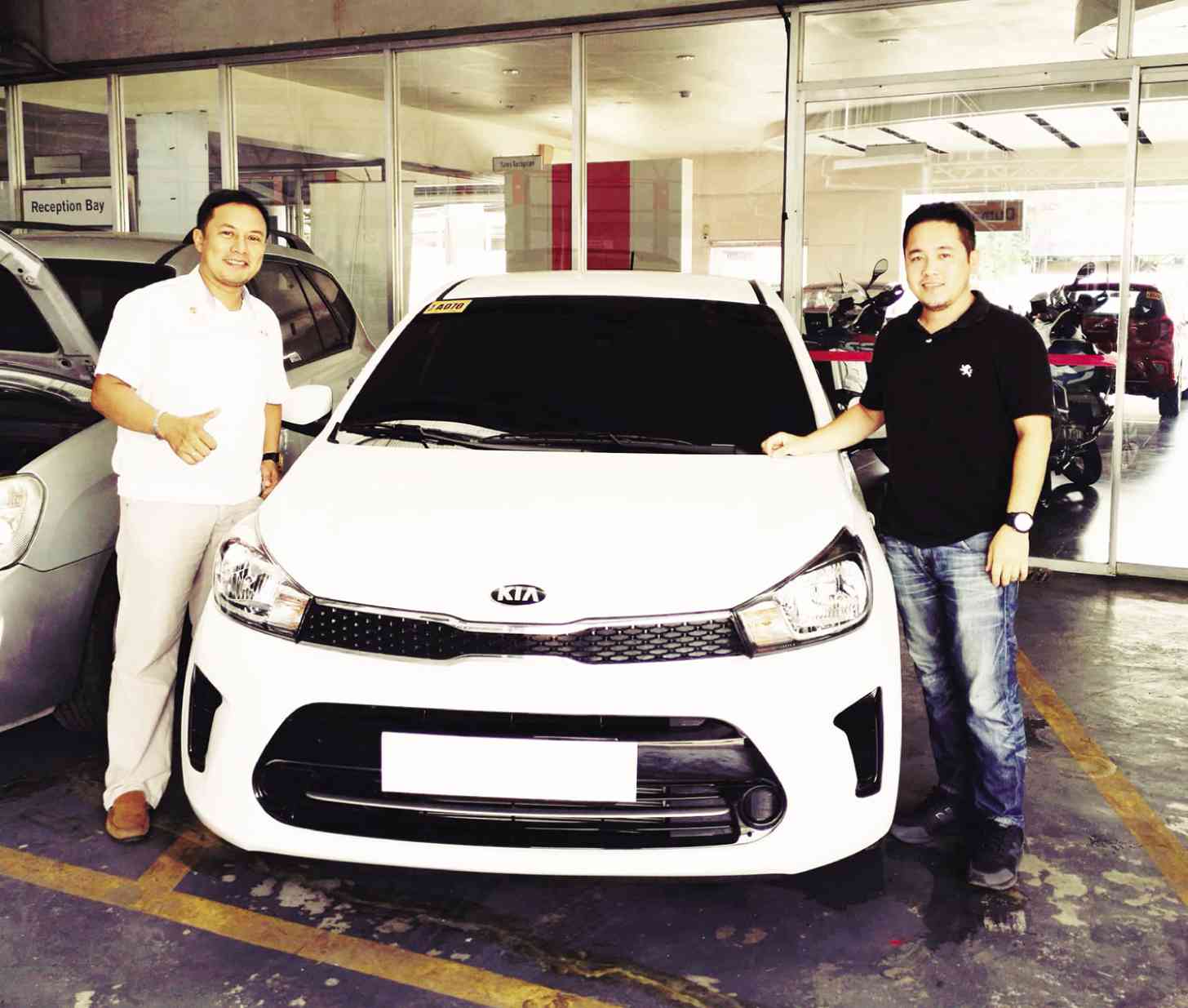 He added that the backing camera, the reverse light, and the adjustable headlights were big pluses.

Michael also proudly shared that he achieved a fuel efficiency of 4.5 liters/100km, or a remarkable 22.22 km/liter.

Michael has owned a compact hatch and an MPV before. “I decided to buy another new car, and it was just perfect timing that Kia partnered with Ayala Corp and introduced a new subcompact sedan. I researched on the Soluto for months, and when I personally saw it, it was love at first sight. The Soluto was the complete package. I was just looking for a simple car that met my expectations for my budget. My experience with the Soluto has been way above that.”

Though this writer was a bit put-off with the placement of the window controls (at the center console beneath the infotainment monitor), Michael thought it was a touch of genius on the part of Kia. “It was a brilliant idea. Imagine you getting your parking ticket with your left hand while your right hand is operating the window buttons/controls? Isn’t that perfect? You’ll get used to it in time, but when you drive another car you’ll be laughing at yourself because you’ll be groping for the window controls at the center console.”

Michael, however, does agree that a bit more improvements could be done with the Soluto. “The tail light design needs more push, and their AC and the availability of parts are major issues that Kia must attend to. Lastly, when you open the trunk (unassisted) it will smash a bit in the back because it does not have a stopper, but you can manage to DIY to solve the issue.” 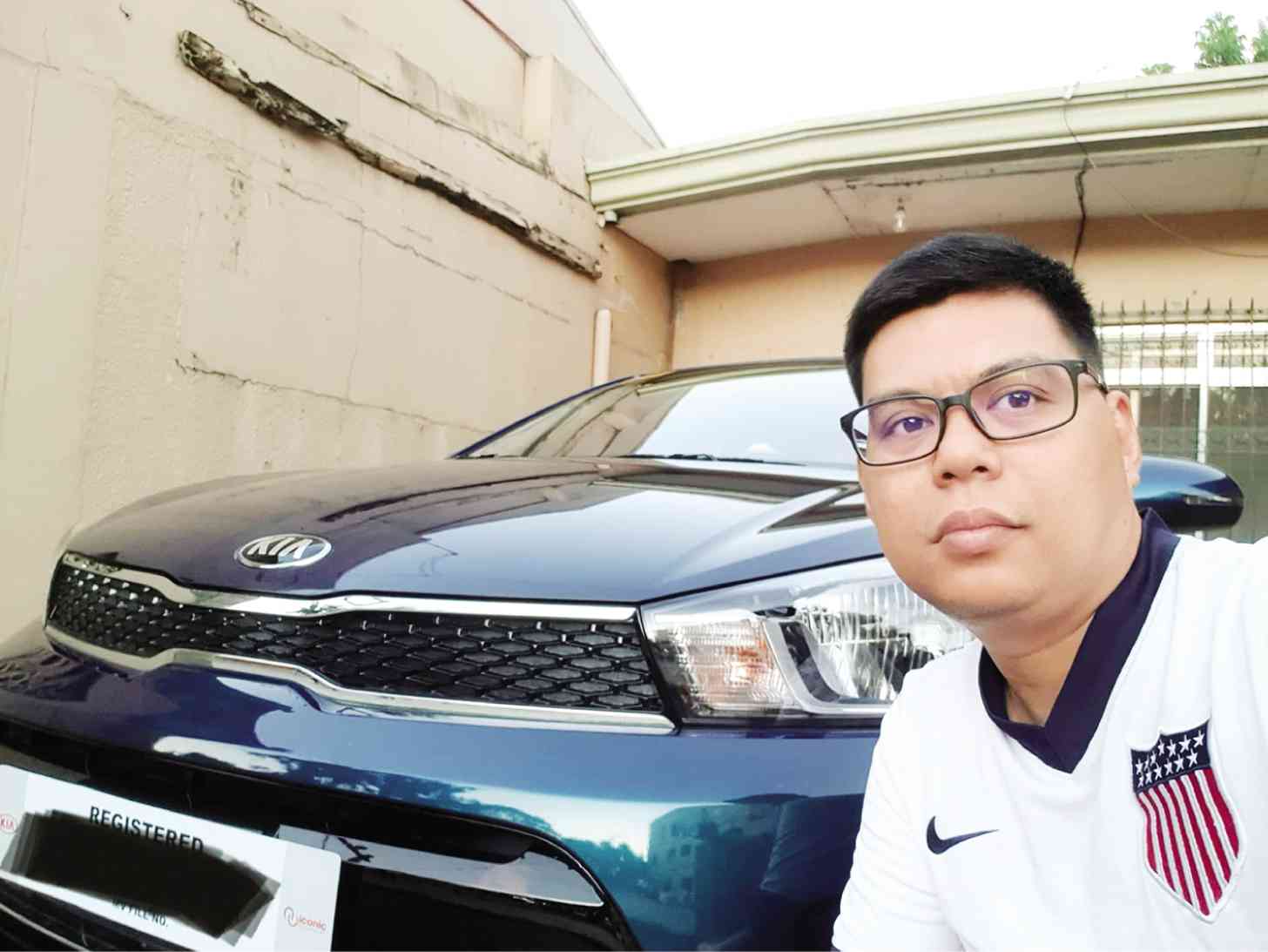 Michael, who is based in Dumaguete City, says the after-sales service of the Kia dealership in his part of the country is satisfactory.

“The process of ownership went smoothly. The staff are very accommodating, and the prices are the same in NCR area for all minor works in PMS. Sometimes they even perform the services for free. The OR/CR and plate was available in two months. The availability of parts, however, must be improved because Soluto owners opt to shop at Lazada, which is cheaper compared to those at the dealerships. Only a few accessories are available online, and no major parts,” he said.