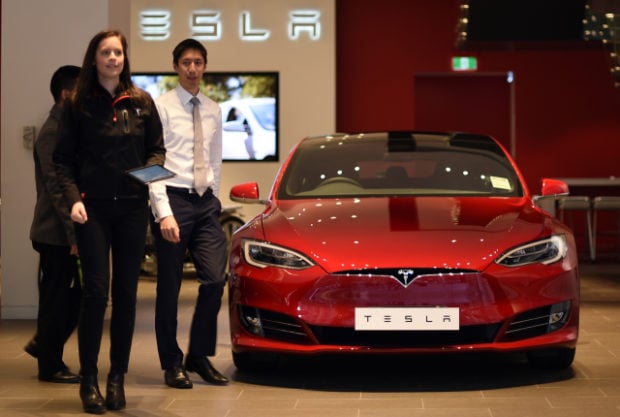 Teslas may soon be able to talk to people outside the car. Image: AFP/Saeed Khan via AFP Relaxnews

Instead of having to roll down the window during the brisk months of winter to talk to pedestrians and other people outside the vehicle, Tesla owners will soon be able to speak to them through a set of external speakers.

Elon Musk demonstrated this upcoming tool in a tweet published Sunday showing a red Tesla saying “Well, don’t just stand there staring. Hop in!” Commenting on the video, he also stated: “And, of course, your car will be able to [fart emoji] in their general direction.”

Teslas will soon talk to people if you want. This is real. pic.twitter.com/8AJdERX5qa

Though no information was provided explaining how the tool will work or when it will be available, it appears as though Tesla owners will be able to select between not only standard sound clips made to comply with electric vehicle sound requirements, but also between absurd and amusing (and possible fart) clips for the driver out there with a Musk-like sense of humor.

The feature is said to be coming “soon.” RGA