The Singapore Motor Show is the first motor show in SE Asia held each year to introduce this region’s new models. We attended the show last week to see the unboxing of several Subaru models, including the launch of the all-new Subaru Forester e-Boxer, Forester GT Edition and the new Impreza 5-door hatchback. And for the first time in Asia, Subaru also displayed its Viziv Adrenaline Concept vehicle which was first unveiled at the 89th Geneva International Motor Show last year.

Aside from these, Motor Image, the region’s exclusive distributor of Subaru vehicles also confirmed the introduction of the brand’s 7-seater SUV, the Evoltis. Called the Ascent in the North American market, the Evoltis is a US-made SUV that would only be introduced in the Philippine market in this region. Because of some copyright issues, Subaru has decided to name the large 7-seater SUV “Evoltis,” to address another segment in the highly competitive SUV market. It was announced by Motor Image last November that Subaru will have the Ascent in the PH market but it was only during the Singapore Motor Show that it revealed the Evoltis nameplate. There is no final spec sheet yet for the Evoltis, but it is the biggest vehicle Subaru has ever built. It comes in both 7- and 8-seater capacity, and 4,347 liters of passenger space. It has the usual symmetrical all-wheel-drive platform, and 2.4 liter turbocharged 4-cylinder boxer engine that can pull 5,000 pounds of towing capacity. Some variants have the very capable X-Mode control which allows the vehicle to traverse in various on-road and off-road conditions. Paired with 221mm of ground clearance, the Evoltis will be an exciting addition to Subaru’s line up this year.

“We are proud to introduce three new Subaru models to Singapore—the Forester e-Boxer, Forester GT Edition and Impreza. Thanks to e-Boxer technology, the award-winning Forester now offers even smoother acceleration and better fuel efficiency. At the same time, those who feel that the Forester over the years has become a little sedate and mainstream will appreciate the GT Edition. With its sharpened design all around, we are positive the sporty and stylish Forester GT Edition will stand out wherever it goes,” said Glenn Tan, Deputy Chairman and Managing Director of Tan Chong International Ltd. Tan Chong International Ltd owns the Motor Image Group of companies. “With its styling upgrades, the new Impreza is even better looking than before. The addition of Sport and Intelligent driving modes also means it offers an improved driving experience,” added Tan. 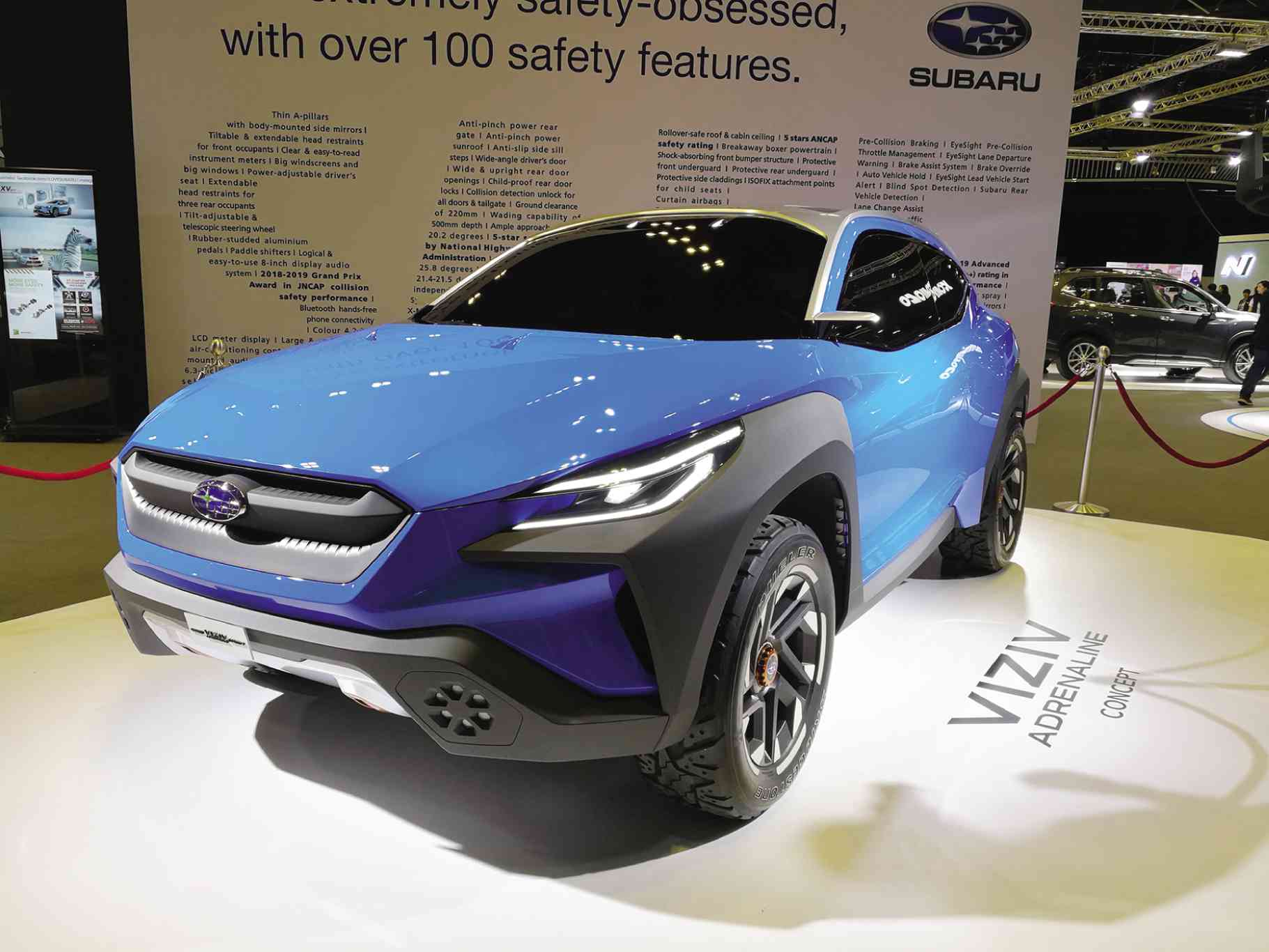 The all-new Forester e- Boxer features a self-charging, mild hybrid e-Boxer system. This means it combines a battery-powered electric motor to assist two of Subaru’s core technologies: the Boxer internal combustion engine and its proprietary Symmetrical All-Wheel Drive system. With the e-Boxer, the Forester now offers a smoother drive and more responsive acceleration, enhanced off-road capability and better fuel efficiency. This also makes it ideal for both city and highway driving. Although there was no final pricing announced yet for the PH market, Motor Image Pilipinas’ new country manager, Rommel Rivera said that the hybrid system of the e-Boxer offers bigger cost savings due to lower excise tax, thanks to the TRAIN law, also known as Republic Act No. 10963, which is part of the Comprehensive Tax Reform Program (CTRP) enacted by the government on December 2017.

When the brake pedal is released, the electric motor enables the vehicle to continue creeping forwards in EV mode. The system offers a highly efficient combined fuel consumption of 6.7L/100km, in addition to 196Nm of torque from the petrol engine and 66Nm from the electric motor.

The cleverly placed electric motor in the transmission case allowed the designers to not change the basic structural layout of the Symmetrical All-Wheel Drive system. Based on Lineartronic in Subaru’s gasoline vehicles, a motor, a designated clutch and control valve were added. The transmission case was specially designed exclusively for e-Boxer Lineartronic, helping reduce vibrations, unwanted noise and extra weight.

Motor Image also launched the Forester GT Edition. It is the second GT Edition model after the XV GT edition, which was introduced last year. It comes with a special aero kit designed by Masahiko “Jack” Kobayashi. The Forest GT Edition has four integrated elements designed to give the car a more rugged and sportier look. Kobayashi is the former Chief Designer (Head of Global Advanced Design Studio) at Subaru Corp. and was responsible for the exterior design of more than 12 Subaru production models, including the legendary WRX STI. 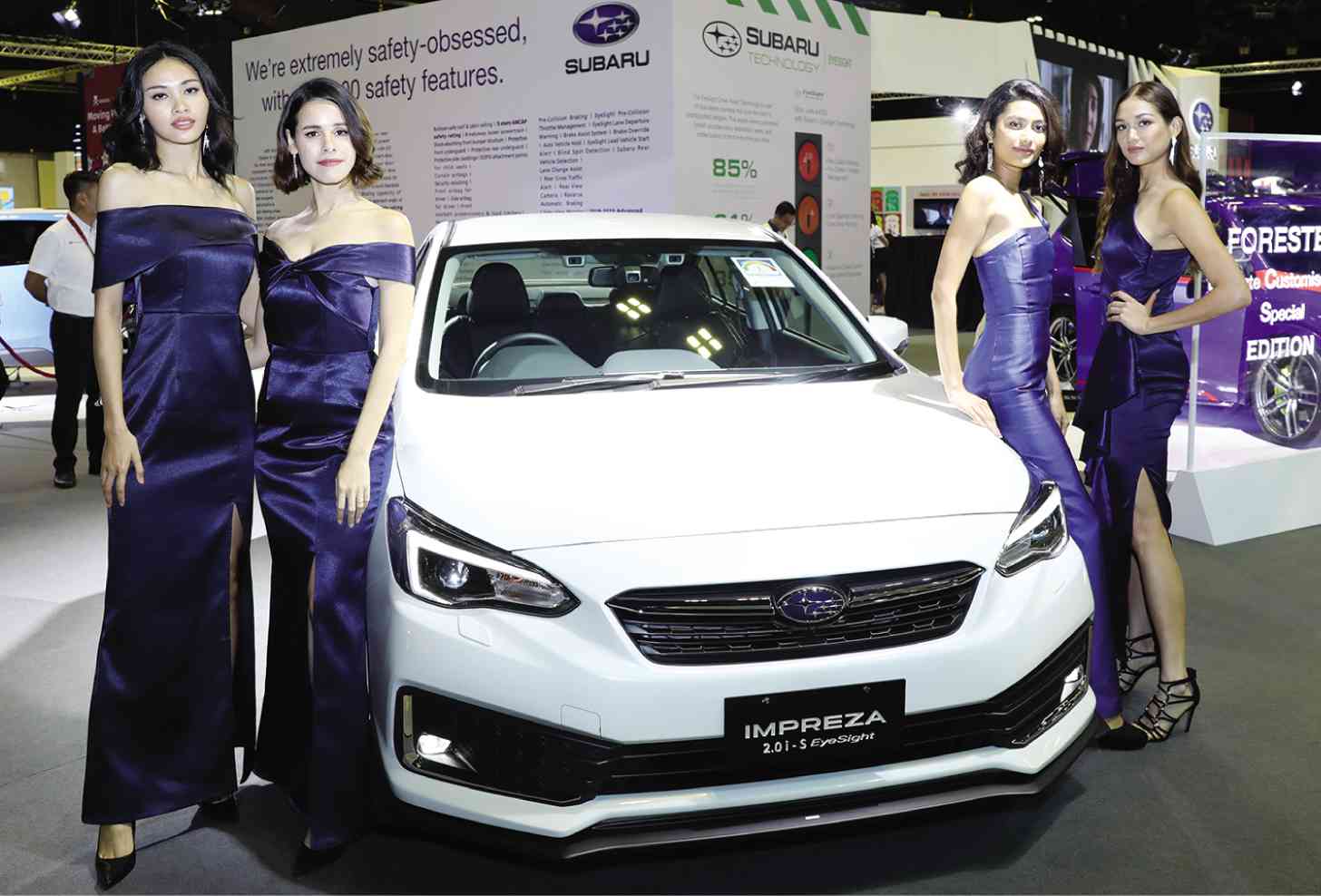 Another new model introduction to the SEA market is the new Subaru Impreza. Although the PH market will only have the new 4-door sedan soon, a 5-door hatchback was showcased during the show. The new and heavily face-lifted Impreza comes with a revised front and rear fascia inclusive of new LED headlamps and blacked-out tail lamps (on 5-door hatchback), new 17-inch wheels, a speed sensitive door lock and Rear Seat Reminder feature, a newly added SI-DRIVE function and re-tuned suspension.

All these vehicles will come with the Subaru Core Technologies—the Symmetrical All-Wheel Drive, Boxer Engine, Subaru Global Platform and EyeSight Driver Assist Technology. The newest of these technologies is the Subaru’s EyeSight Driver Assist Technology. The EyeSight assists in keeping you and your passengers out of harm’s way. It looks ahead, measures distance from objects and alerts you at the first sign of danger. Under certain conditions, it even applies braking force to mitigate collision. The EyeSight technology suite features Pre-Collision Braking, Pre-Collision Throttle Management, Adaptive Cruise Control, Lead Vehicle Start Alert, Lane Departure Warning and Lane Sway Warning.

Soon, new Subaru vehicles coming to PH can also be equipped with Reverse Automatic Braking and 360° Around View Monitor (AVM) system. It comprises of four cameras—each on the front, sides, and back of the vehicle that offers 360° visibility. This enables drivers to park and maneuver in tight spaces more easily, thus also reducing the risk of rim damage due to kerb rash. 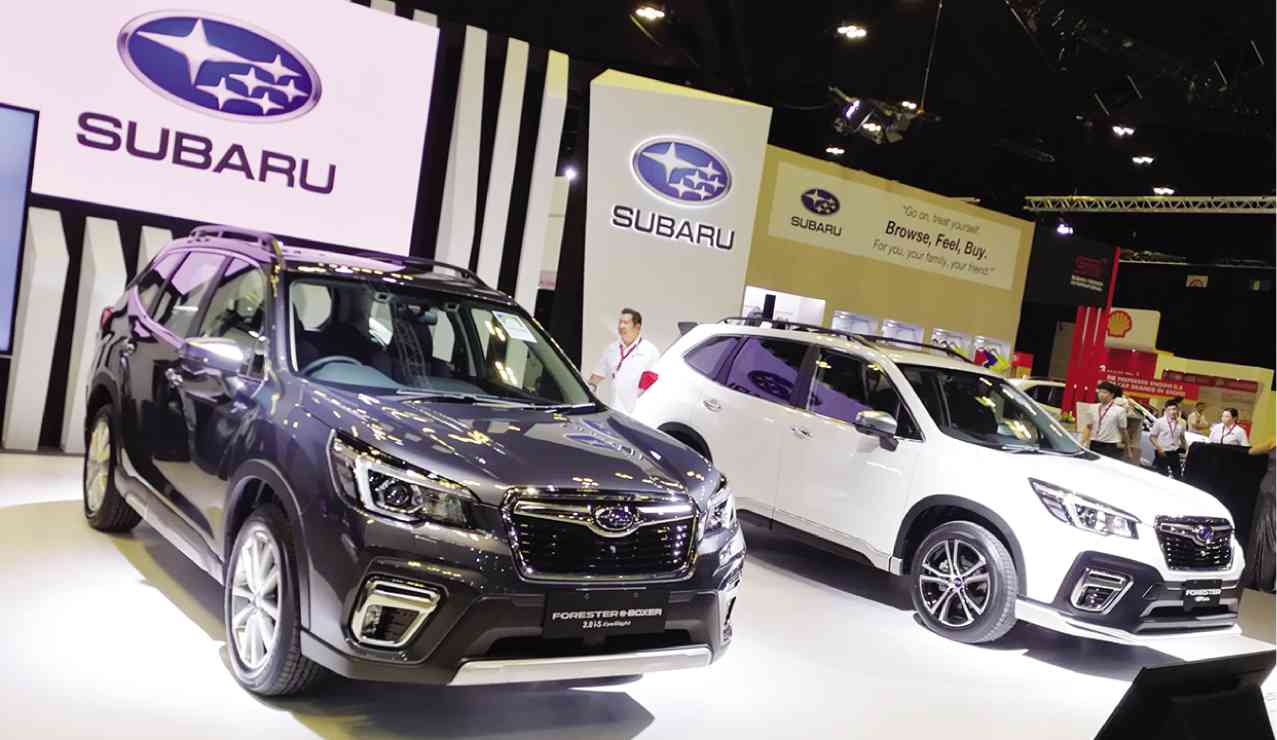 The new Subaru models will be introduced in the country very soon at the 2020 Manila International Auto Show to be held at the World Trade Center on April 2 to 5.