Car models with names needing some serious wikipedia search for what they really mean are just about to be shipped here.

So to which brands do models like Evoltis, Raize, Stonic and Taycan belong?

Here’s the second part of Inquirer Motoring’s round-up of anticipated car launches for 2020:

Subaru distributor Motor Image will be fortifying its lineup this year with its biggest ever vehicle, the Evoltis SUV. Also known as the Ascent in the USA, the Evoltis is expected to pack seven or eight seats in three rows of seats. It will have a massive 4,346 liters of passenger space, and the brand’s trademark symmetrical all-wheel drive. The Evoltis will be likely powered by a 2.4-liter turbocharged gasoline engine, giving it 2,200kg of towing capacity. With its available X-Mode off-road switch and 220mm of ground clearance, the Evoltis will be ready for family adventures on- and off-road.

The new Forester GT will feature sharper styling courtesy of an aero kit designed by Masahiko “Jack” Kobayashi, former chief designer of the brand’s Advanced Design Studio. The Forester GT is designed to appeal to those who desire a sportier-looking compact SUV in the vein of the WRX and STi.

The refreshed Impreza is also expected in the Philippines in 2020. It will have revised front and rear styling, new LED headlamps, new 17-inch wheels, SI-Drive, and revised suspension. 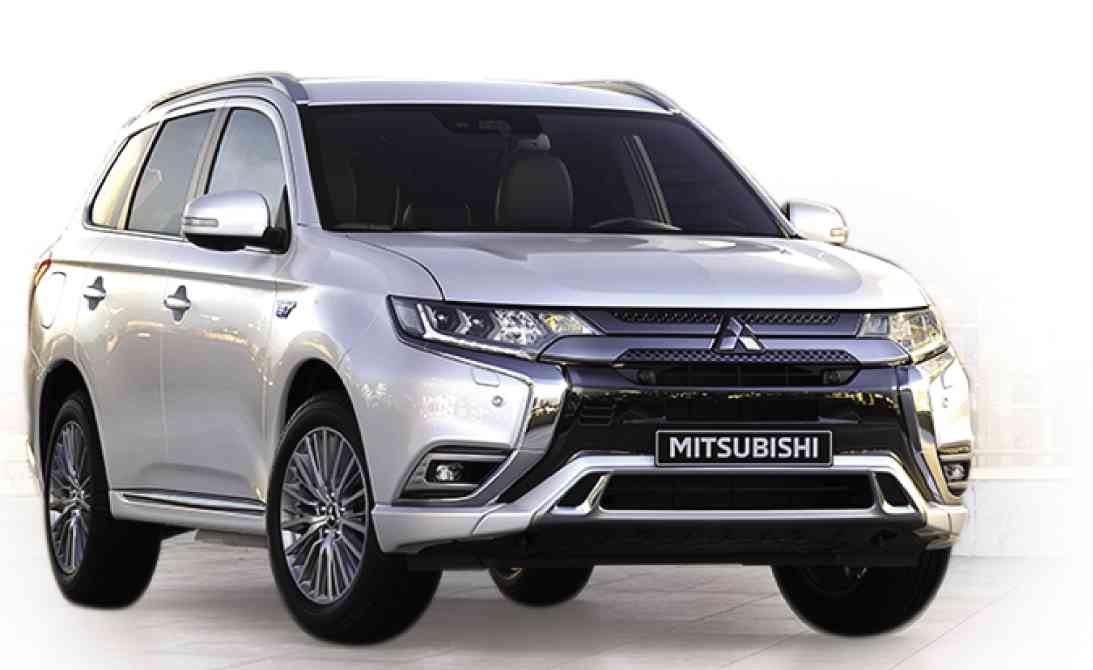 Mitsubishi Motors Philippines has announced the upcoming launch of the Outlander Plug-in hybrid electric vehicle (PHEV). The announcement also included the roll out of the company’s next-generation showroom called the Dendo Drive Station. The Dendo Drive Station allows solar-powered recharging of vehicles, as well as for electric vehicles such as the Outlander PHEV to power the showroom. Outlander PHEV combines a 2.4-liter gasoline engine with two electric motors. Electric mode driving range is up to 57km per charge, with a top speed of 135 km/h.

Everything familiar is new again in the Land Rover New Defender. The new version of perhaps the ultimate off-roader takes the same shape as the iconic Defender SUV while building on a new lightweight aluminum monocoque. The Defender 110 will have five, six or 5+2 seating, while the upcoming compact 90 model will seat up to six within the length of a compact hatchback. Available engines will be a four and six-cylinder gasoline engine (296hp / 400Nm and 395hp / 550Nm, respectively), or a pair of four-cylinder diesels (197hp or 237hp / 430Nm). Wading depth is up to 900mm. 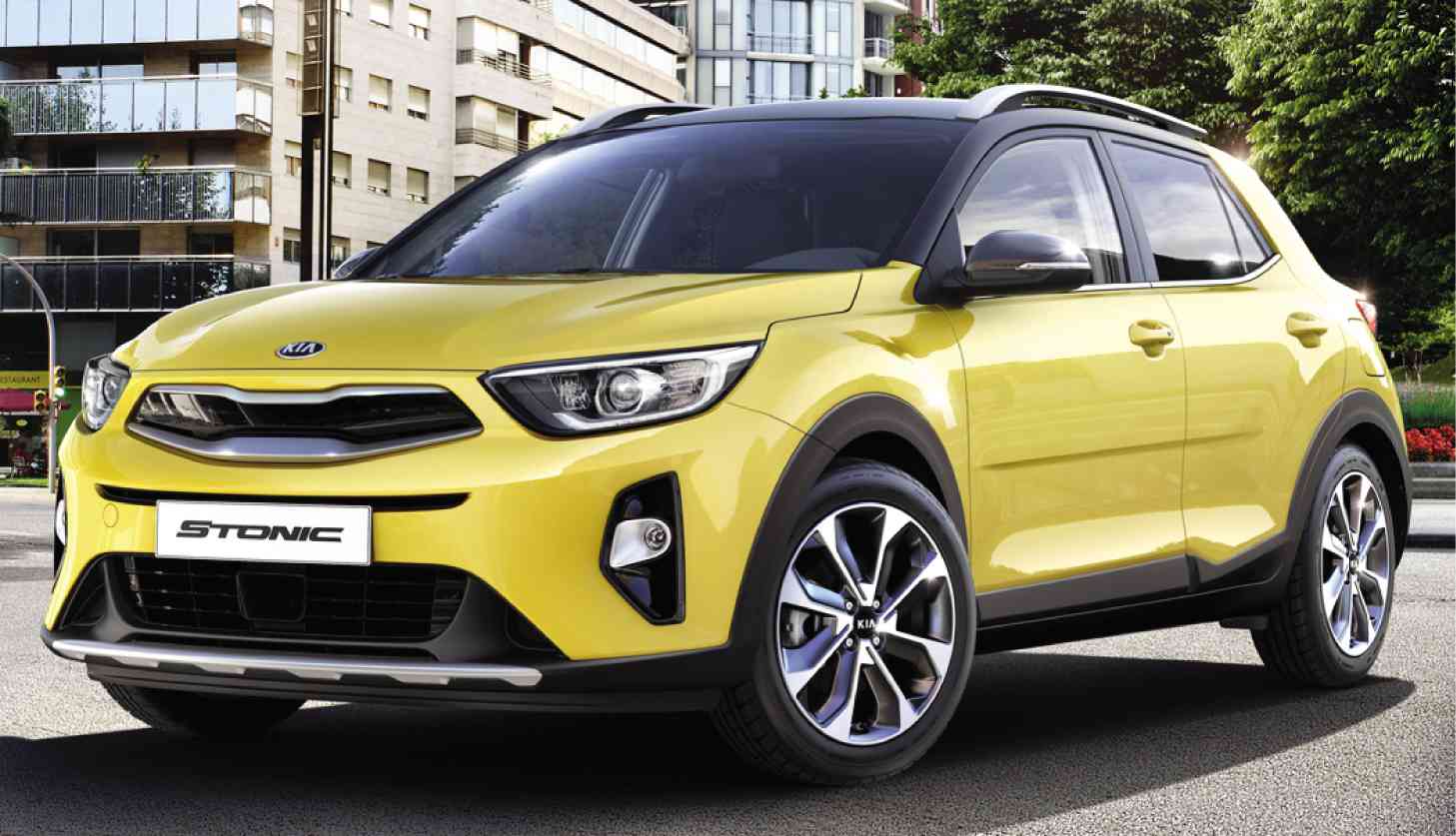 The new Stonic will be Kia’s entry in the hot B-SUV segment. The Stonic will have the high seating position of a crossover, even with a low roofline, while displaying short front and rear overhangs. Kia promises dynamic, sporty handling, thanks to unique suspension setup with minimal body roll. Available engines include a 1.0-liter turbo gasoline three-cylinder (118hp, 172Nm), 1.25-liter (83hp, 122Nm), and 1.4-liter 99hp, 133Nm) with expected seven-speed dual clutch transmission. The interior will have a 7-inch touchscreen audio with Apple CarPlay and Android Auto.

Those seeking the “Lexus of minivans” will have the real deal this year as the luxury brand rolls out the LM (Luxury Mover). The LM will have a choice of what’s billed as the ultimate rear-seat experience with just two individual rear seats, or a more practical seven-seat capacity. The first-class style two rear seat model will have built-in seat ventilation, a refrigerator with wine compartment, 26-inch monitor display with Blu-ray and phone mirroring functions, and available Mark Levinson surround sound system. The LM 350 will use the 3.5-liter gasoline V6 engine, while the LM 300h will have a 2.5-liter gasoline engine with battery-electric hybrid power. 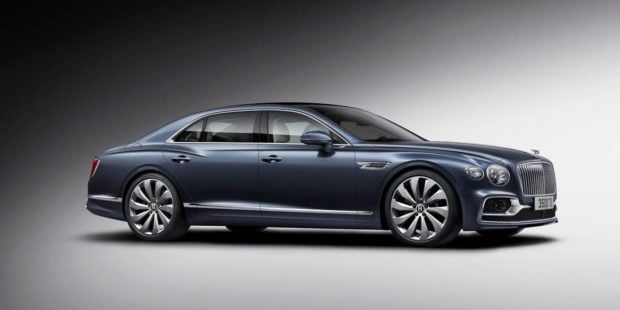 Bentley will be rolling out its ultimate sedan, the Flying Spur, assembled using hand-built techniques combined with innovative technology, such as heating the body’s sheet metal to 500ºC. The most powerful W12 S model can sprint to 100km/h in 4.5 seconds. It’s the first four-door Bentley to have a top speed in excess of 325 km/h. 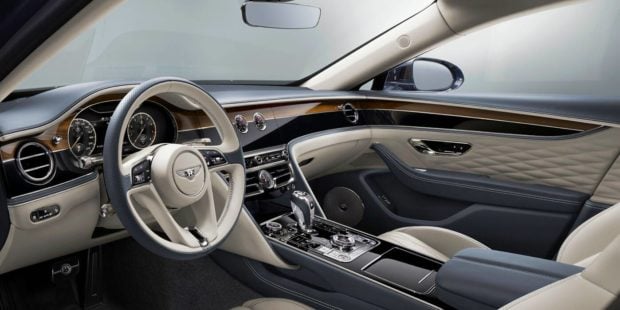 Porsche will be introducing its version of high-performance electric motoring with the four-door Taycan sedan. The Taycan Turbo S with 751hp can sprint to 100km/h in 2.8 seconds. Range is up to 412km, and top speed is 260kph. Its 800-volt electrical system allows for quick recharging of 100km range in just over five minutes using a high-power DC charger.

Meanwhile, sister brand Audi will be launching its all-electric e-tron SUV. The e-tron can output 402hp and 664Nm for a zero-100km/h time of 6.6 seconds. Range is up to 436km. Audi promises space and comfort in the luxury class combined with electrically-driven all-wheel drive. 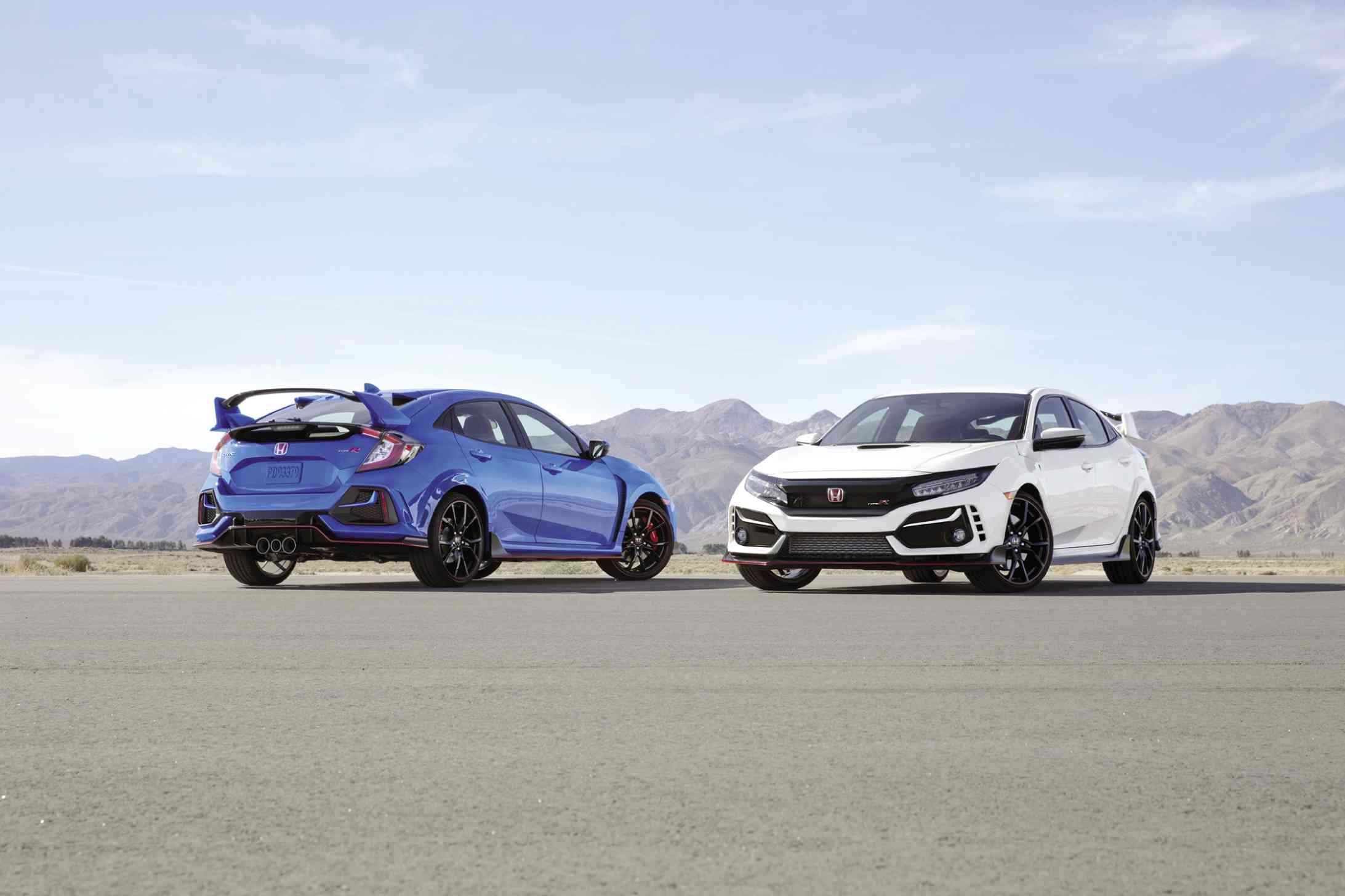 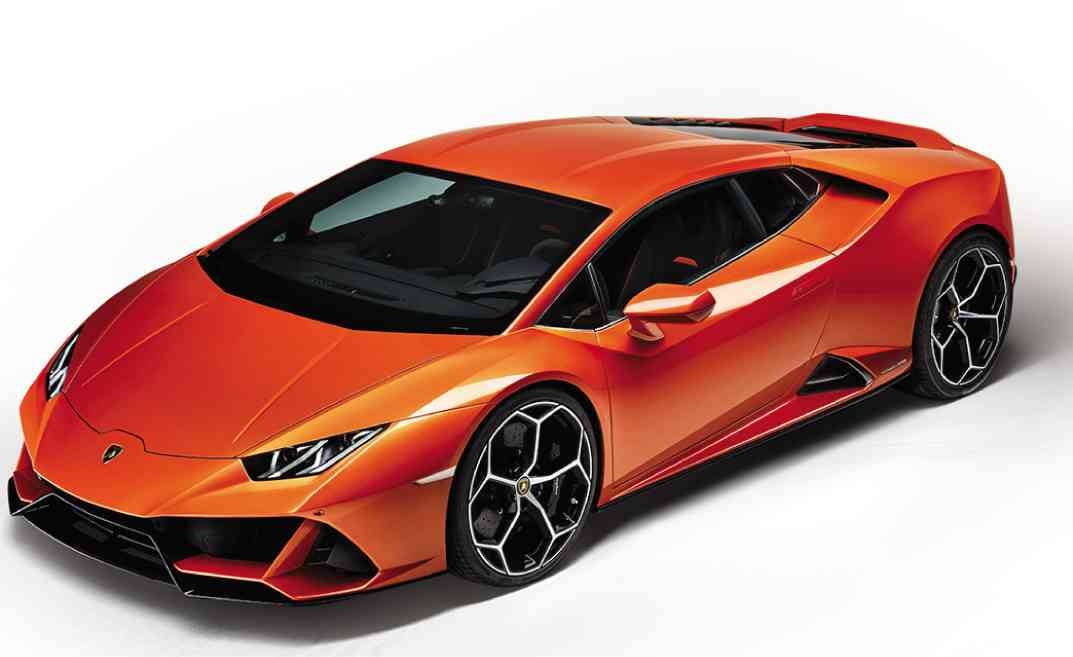 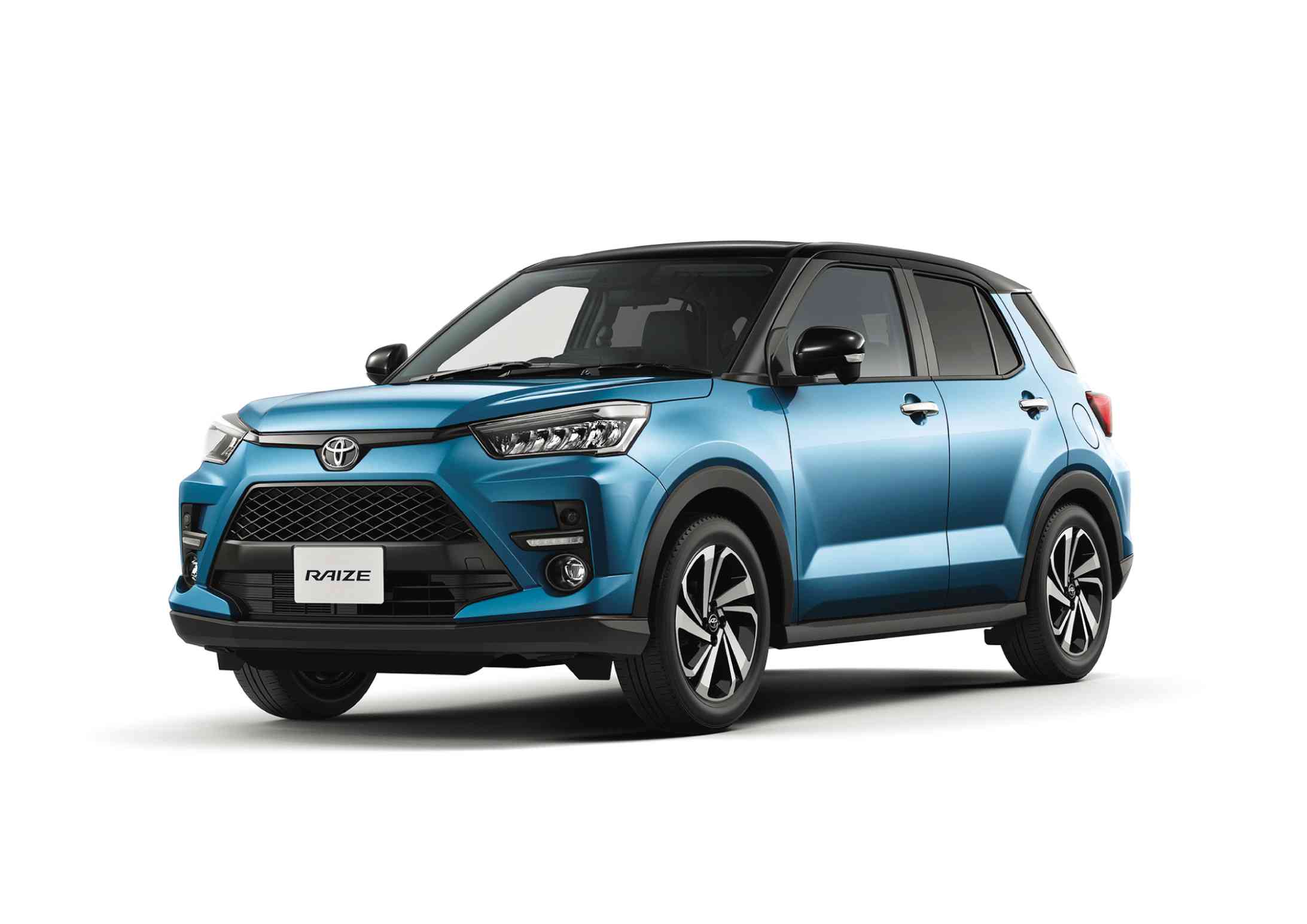 Toyota plans to “Raize” its sales to new heights with the upcoming subcompact SUV. The Raize will be less than four meters in length, while still carrying 17-inch tires, 369-liter luggage capacity, and flexible seating. The Raize will be powered by a 1.0-liter turbo engine with the torque of a conventional 1.5-liter, paired with a CVT. The new Raize is produced by Toyota subsidiary Daihatsu on a new platform that will be shared by the two brands.