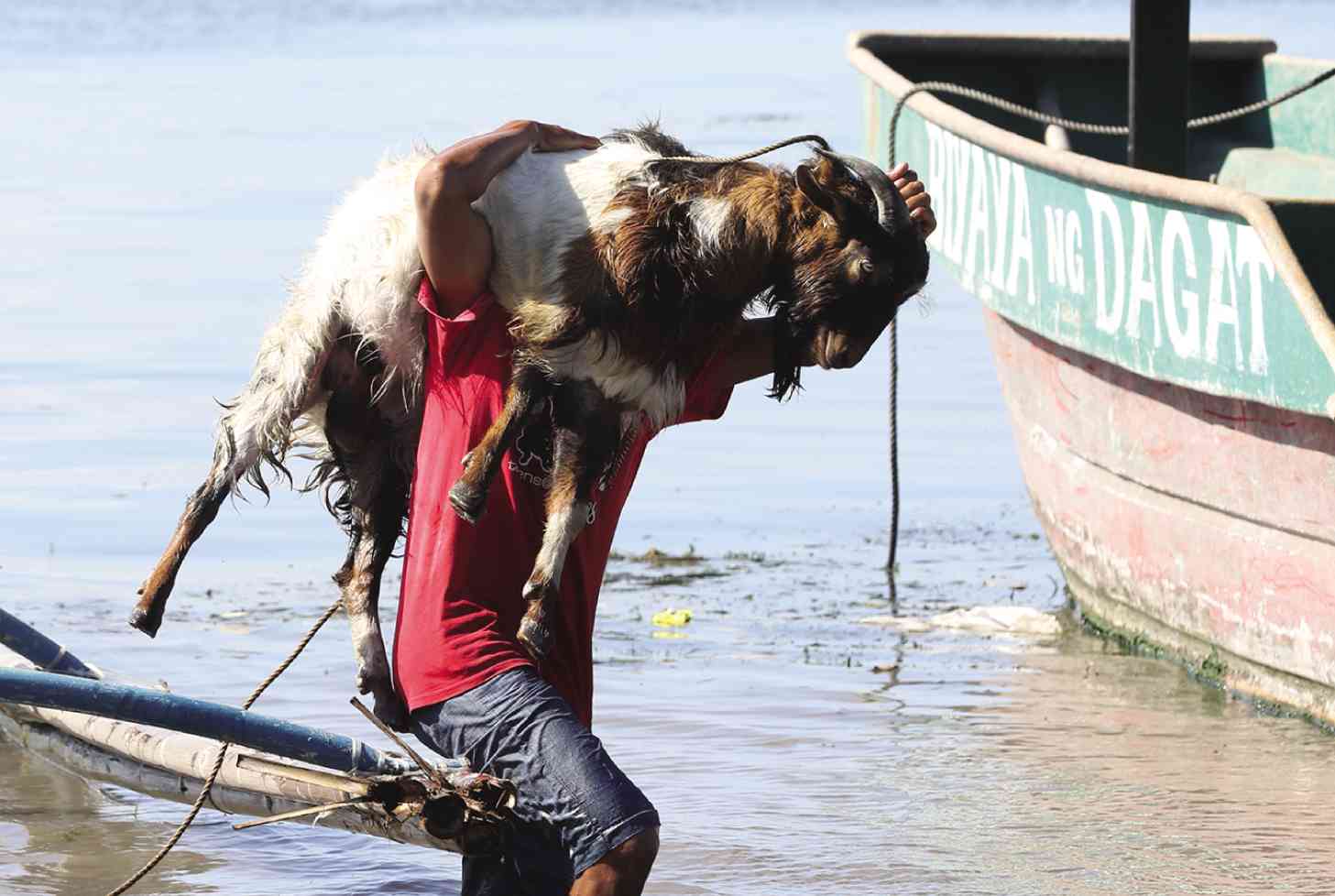 A man living at the foot of Taal volcano carries his goat after rescuing it from his home and transporting it to Talisay town in Batangas province. NINO JESUS ORBETA

During natural (and even man-made) calamities, time is of the essence when conducting rescue efforts for both humans and animals. This was evident during the recent evacuation of communities from the danger zones around the violent and unpredictable Taal Volcano.

However, what hampered the evacuation and rescue of many larger animals were the city time limits—known as the truck ban—imposed on cargo vans and trucks.

Cabrera, who has been in the affected areas around Taal since Jan. 12, observed, “Horse trailers coming from Manila Polo Club could only go out after the truck ban, and most groups couldn’t wait until after 9 p.m. to evacuate the horses.”

Inquirer Motoring got in touch with Metropolitan Manila Development Authority (MMDA) Assistant Secretary Celine Pialago, who showed this writer the MMDA Circular No. 04 (revised guidelines on the issuance of exemptions from the unified vehicular volume reduction program under MMDA Regulation No. 96-005).

Pialago cited Section 2C, which stated that “Vehicles commandeered by government directed by a person in authority or his agent/or by a medical practitioner for military relief or emergency purposes” are allowed during truck ban periods (from 6 a.m. to 10 a.m. and from 5 p.m. to 10p.m. everyday except Sundays and Holidays, on certain major streets in Metro Manila).

This writer told Pialago that the horse trailers and trucks being used for animal rescues were privately owned and used by non-government animal rescue groups. Pialago promised to get back to Inquirer Motoring. As of press time, this writer has not received a reply.

Cabrera’s PAWS team arrived at the rescue sites Jan. 13 from the PAWS shelter in Quezon City on board a Mitsubishi FB L300 van, a Class 1 utility vehicle allowed to operate during truck bans. While the team brought food for stranded animals, Cabrera said they were not ready to transport horses, cows and other larger animals that day.

“We were able to go through the entire length of Talisay, Talisay Balete (last Monday), and Tanauan (Tuesday), Balete and the provincial Capitol for the Wednesday’s inter-agency meeting and focused on caring for the horses, cattle and other animals we transferred to Lipa City,” said Cabrera.

Cabrera added that the team brought food and a veterinarian on Day Two; Dr. Romy Modomo and a team of five other horse vets on Day Three. She said that the PAWS was not focusing on rescue but just extracting those that were injured or in need of extraction, and trying to establish a safer place of operations. The PAWS team now has its base in Lipa City (where the rescued horses and other animals have been brought). Aside from the L300, PAWS used two pickups from volunteers on some other days. A rented van was also used Thursday.

Aside from PAWS, several other animal welfare and animal rights groups like People for the Ethical Treatment for Animals (PETA) conducted their own rescue operations.

“The horses had a hard time climbing the ramp of the cattle truck, but it was the only vehicle available at that time. Some poor horses slipped from the ramp. Good thing their legs didn’t break, or else we would have had bigger problems. There were some foals who kept following their mothers up the cattle truck, but we had to separate the fragile foals from their mothers because the loading process was too rough, and the foals might get inadvertently kicked and injured by the adults.

“They were not the best transport conditions, but we had to take that option instead of leaving them vulnerable in a place that was already being locked down,” narrated Cabrera.

Cabrera said her team had “worked in disaster-relief operations during the Mount Mayon eruption. This one seemed more urgent because all the reports were pointing to an imminent major eruption.”

Cabrera, who disclosed that PAWS maintains an ongoing care project with the Intramuros Calesa Horses in Manila, stressed that “animals should be incorporated in the National Disaster Preparedness plan. But the mention of animals there is only for “re-stocking”—that animals are expendable and can be replaced. Only economic value is considered.”

Gov’t-supplied rescue vehicle a must

Car enthusiast and animal rescue volunteer Jan Vincent Kierulf said that “disasters have always been a staple and is the norm (in this country).” He was hoping that “the local government units (of the affected areas) would have a 4-wheeler, 10-footer Elf flatbed truck for animal rescues.

“A foldable cage/cages should be on standby all the time, along with arm bite protectors, silos, first aid for animals, and emergency water.”

He stressed the need for an all-around small truck. “A 4×4 flatbed pick up is a must for convoys and private citizen volunteers. I’m not brand specific, but it should be similar to an Isuzu Elf, Mitsubishi Canter, or Kia, just as long as it’s a 4-wheeler so it’s exempted from the truck ban.”

Kierulf used his 2016 Ford Ranger 4×2 pickup on Tuesday with his driver and another companion. He responded to a post on Facebook organized by a group that was linked with the MMDA K9. Coming from Commonwealth in Quezon City, Kierulf and company attended a meetup with the MMDA K9 at the Mall of Asia in Pasay City. The rescue group then proceeded to Fernando Airbase in Lipa, where they took off for the affected towns of Agoncillo, Taal, and Lemery in Batangas.

Kierulf recounted that the team was separated into six or seven groups with a flatbed truck (Canters, Elfs and a large Isuzu Forward truck) leading each group.

“Tuesday morning was pretty much all dogs, a family of Siamese cats with newborn kittens, opening the cages of pet monkeys and musang. (We were) not equipped to bring them because they bit and (we couldn’t open) the cages. We needed cutters and pliers.”

He added, “there were lots of dogs that we were not equipped to handle because they bit, but we let about 12 dogs loose inside their house premises/compounds.” Kierulf brought sacks of dog food, cases of bottled water, dog leashes, and dog shampoo.

Although his Ford Ranger 4×2 proved reliable during the rescues, he said that a 4×4 would be better under the circumstances. “There were times we got stuck in the thick mud.”

For reconnaissance, Kierulf said motocross dirt bikes were better suited, and could be equipped with signal boosters and portable drones.

Kierulf, who also took part in some rescues on bigger animals, said that for horses, cattles and pigs, rescues should always involve the caretakers as they would know more about their animals and its behavior than any rescuer.

“I thought rescues should be divided into five groups: control center; reconnaissance; rescue and retrieval; finance and logistics; shelter and veterinary care.”

He added that the LGUs or control centers should have contact numbers of cattle/livestock transporters within the vicinity. Usually the provincial veterinarians would also know.

The rescuers feared that the helpless, voiceless victims that they rescued, loaded in their trucks and pickups—these same animals whom they already had an emotional attachment with during the daring operations—would only end up in slaughterhouses.