Waking up to a new global auto superpower 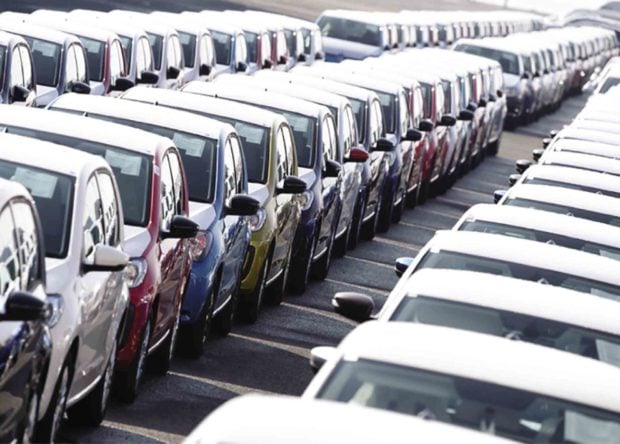 China is a sleeping giant. Let her sleep, for when she wakes she will move the world.”

Someone supposedly famous uttered these words in the 1800s. Some attribute Napoleon Bonaparte. Others credit someone else. Whoever said it is irrelevant in this day and age, because the whole world is gawking at the subject, the sheer enormity of China – its manpower, natural resources, geopolitics, and socioeconomic clout. If there’s anything wrong about that famous statement, it’s that China isn’t asleep anymore.

That quote holds literal and figurative truth in its automobile industry, as industry experts are unanimous in saying that China is the auto epicenter of the world, the biggest automotive market since 2009, the year when it eclipsed longtime global leader the United States. Since 2008, its automotive industry has been the largest in the world as measured by automobile unit production. The so-called “Big Four” domestic car manufacturers – SAIC Motor, Dongfeng, FAW and Chang’an – are the major drivers of the industry, while Geely, Beijing Automotive Group, Brilliance Automotive, Guangzhou Automobile Group, Great Wall, BYD, Chery and Jianghuai (JAC) are helping things move forward. Partnerships have been forged with multinational manufacturers, thus reinforcing a global foothold for the local auto manufacturers.

In the Philippines, the automobile landscape still shows a market dominated by the traditional leaders from Japan, United States, Europe and South Korea. But gradually and noticeably, Chinese-made brands have been introduced, and working their way up. Some brands are outright Chinese, while others come in with familiar badges of the traditional leaders, but corporate partnerships point to design and manufacturing origins in China.

Inquirer Motoring had a chance to catch up with the Philippine representatives of Geely and Dongfeng, and they shared some of their insights on the Philippine automotive market, and how their brands might fare in the near future.

The Geely Group had been manufacturing its own cars before acquiring Volvo Cars from Ford in 2010. Then it also acquired The London Electric Vehicle Company in 2013, and a majority stake in British sports carmaker Lotus Cars in 2017. Geely was thus introduced in the Philippines in 2019—after signing a distribution partnership and after-sales service agreement with Japanese conglomerate Sojitz Corporation.

“Geely now is currently ranked in the top 13 (as of end of 2018) among global automotive brands, and continues to be the bestselling Chinese brand in the world,” said Froilan Dytianquin, general manager for Sojitz G Auto Philippines’s sales and marketing division. SGAP is the exclusive local distributor and aftersales services provider of Geely.

Dytianquin said that Geely intends to become a major auto player in the Philippines. Being just barely 6 months in the Philippines, Geely’s aim here “is to capture interest and change expectations of Filipinos towards our brand by offering more value than what other mainstream brands are providing now”. Dongfeng Motor Corporation is a Chinese state-owned automobile maker manufactured in five major cities around China. Dongfeng Trucks is one of China’s leading truck brands, and was established in 1969.

Art Balmadrid, general manager-vice president of PAI, said that the Dongfeng brand “wants to be successful here as it is in China.”

With Filipino truck buyers traditionally opting for low-priced reconditioned trucks, Balmadrid thinks “there are a great number of customers who now would like to level up to brand-new trucks, and that these Filipino buyers are looking at Dongfeng as an alternative because of its value for money.”

“Right now, the biggest challenge for Geely and for other Chinese brands is market perception. The stigma of Chinese brands being reverse-engineered is still what the market tends to believe. Yet little do they know that the technology and research and development is already equal or sometimes far better than known mainstream brands. As for Geely, it benefits from synergies from known global brands such as Volvo, Lotus, Polestar, Mercedes-Benz and much more,” explained Dytianquin.

For Balmadrid, the biggest challenges facing Dongfeng are “the negative mindset of some customers because of previous China brands that did not do well in the market, as well as the financing challenges imposed by the financing institutions. But there are very positive signs developing in this area already.”

Dytianquin said that Philippine market acceptance “will take time since Geely is a new player and just starting to roll out its global models which benefits from synergies from auto brands it has acquired. We just have to prove that these future Geely global vehicles are far better in terms of specification, equipment, technology, value for money – and not short changing the buyer.

“In terms of durability and quality, again, I reiterate the research and development that Geely has invested into the vehicles. Take into account the Geely Coolray; its engine and dual clutch transmission have undergone strict bench and road testing.

Dytianquin revealed that Geely used 230 vehicles to undergo 12 million km on road testing, equivalent to making 300 trips around the world.

“True, other brands have had a head start (in the country), and in my opinion this is good not only for us but for all Chinese brands. Metaphorically speaking, they started to plow the huge snow on the road and we shall reap the benefits once the roads are clear,” quipped Dytianquin.

“For Geely, again we shall just have to emphasize on our technology and capability to develop cars in accordance to global standards such as Volvo.”

Balmadrid said that overall, Dongfeng “is a strong partner and its decision to enter the market plays a major factor. Combined with their being partners with the Nissan group in China for some of these products even adds more significance to their position.”

One of the major hurdles is how to convince Filipino buyers stubbornly loyal to established auto brands to “take a leap of faith” and buy Chinese instead.

Dytianquin said: “It will take time. For us, we need to maximize the young market since they are more open in trying different brands that captivates their wants and needs on a brand-new vehicle which is primarily focused now on technology. We expect this young market to do reverse mentoring, explaining to their elders and friends the advantages of our vehicles compared to the other mainstream brands they’ve known to trust.”

For trucks, Balmadrid said, “There is an increasing awareness among customers already. In fact, they are seriously looking at our trucks and considering them already over other counterparts. I believe that the future will really be geared towards trucks from China. It is the most logical place to come from and most of the major truck brands are already producing in China.”

Dytianquin is optimistic about the future of Chinese car brands in the Philippines. “You can now see a lot of Chinese brands on the road. Some of those who have visited our showrooms or our displays in malls are really amazed at the exciting styling, build quality and technology.”