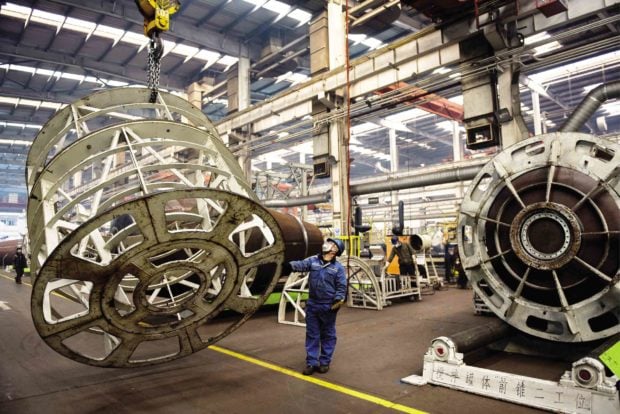 The 2019-Novel Coronavirus Acute Respiratory Disease (2019-nCoV ARD) outbreak that had its Ground Zero in Wuhan in the province of Hubei in China has so far infected over 20,000 people in over two dozen nations, resulting in the deaths of 425 (as of Feb. 4).

This latest “public health emergency of international concern”—as the World Health Organization recently declared of the outbreak—has had a massive effect on another front, the world’s economies. Like an “atom bomb”, the 2019-nCoV outbreak has wreaked havoc on world markets, transport, logistics, and travel industries, the ends of which are yet to be seen.

It has a lot to do with where the outbreak originated, and how that place holds sway over the rest of the world. China has, over the decades, grown to become the socioeconomic, cultural, and political superpower next only to the United States. Aside from Chinese tourism, which has been driving the growth of global tourism (thus, magnifying the 2019-nCoV scare of Chinese tourists and foreign tourists in China being carriers of the virus to their countries of destination), China is also the world leader in artificial intelligence, renewable energy (ironically, also in fossil fuel emissions), and oil imports.

China makes more than half of the world’s vehicle batteries, to a point that, according to the World Economic Forum, prices of such batteries are forecast to fall to a level where electric cars will be cheaper in China than ICE (internal combustion engine)-powered ones. China is also home to numerous manufacturing hubs.

So, what happens when tens of millions of Chinese citizens across the country’s cities and provinces are told to go home and lock themselves in as a reaction to a viral outbreak? Industries slow down, and eventually grind to a halt, the effects of such rippling outward to a world dependent on these Chinese industries.

According to the Wall Street Journal on Feb. 3, uncertainty over the virus has disrupted worldwide trade and supply chains, depressed asset prices, and forced multinational businesses to make hard decisions with limited information. The New York Times on Feb. 2 reported that stocks in China plunged in early Monday trading as investors returned from a long holiday to the prospect of the world’s No. 2 economy virtually shut down by the coronavirus epidemic.

The locked-down city of Wuhan, where the virus emerged, is considered one of the country’s key oil and gas hubs. And as reported by the Wall Street Journal, the China National Chemical Corp. and Hengli Petrochemical —with refinery capacities of almost 1 million barrels a day—are reducing their purchases, according to an oil trader and a Persian Gulf oil official.

On Jan. 31, CNBC reported that the 2019-nCoV outbreak has disrupted oil prices, plunging the commodity into bear market territory after hitting a high in early January amid tensions between the United States and Iran. It also reported that OPEC (the Organization of Petroleum Exporting Countries) and its allies were considering moving up their March meeting to discuss deepening their production cuts, amid worries the coronavirus would significantly curb demand. The Japan Times on Jan. 30 reported Japanese firms delaying restarting China operations after the lunar holidays as the virus spread.

The Japan Times online reported six days ago that Toyota Motor Corp. had decided to keep its four auto assembly plants in China offline until Feb. 9. The company, which also has many auto parts factories in the country, reached the decision based on local authorities’ policies and conditions regarding parts procurement, a public relations official said. The company would decide whether to reopen the factories on Feb. 10 after monitoring the situation, the official said.

Honda Motor Co. also began considering whether to push back the reopening of its auto assembly plant in Guangzhou, southern China, as reported by The Japan Times. Nikkei Asian Review on Jan. 30 reported that a major Honda supplier would shift production from Wuhan to the Philippines, and that more companies are likely to follow suit should the 2019-nCoV outbreak drag on. This major car parts supplier, Ftech, has been reported to move its brake pedal production from Wuhan to the Philippines. Ftech produces brake pedals for Honda’s sport utility vehicles in Wuhan and supplies them to Honda factories in China and Japan. The parts maker also produces brake pedals in the Philippines for Honda factories in Canada and the US. 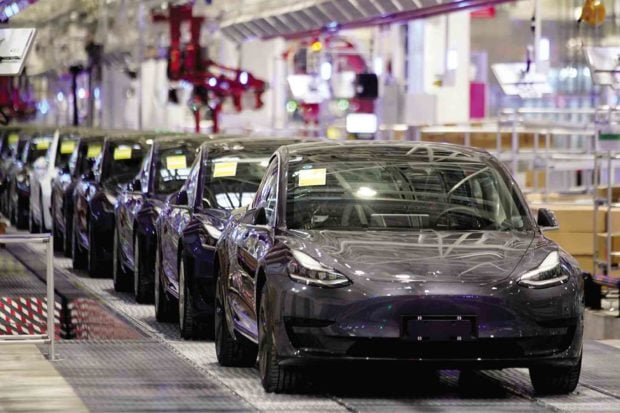 Philippine-based companies who have operational affiliations in China are now also assessing the effects of the outbreak in their local production, and working on addressing the possible delays in shipments.

Toyota Motor Philippines’ first vice president Rommel Gutierrez told Inquirer Motoring that “TMP is still assessing if there’s an impact because we don’t have the details yet from Japan.”

Manny Aligada, Kia Philippines’ president, said, “We are currently in touch with our vehicle and parts suppliers so we can fully assess the situation. We keep a healthy stock of vehicles and parts in our inventory all the time to allow for various types of market changes, this one included. For the immediate term, we are confident our stocks are sufficient to cover our requirements. Nevertheless, we continue to coordinate with our offices in the region to ensure contingency plans are in place.” One of Kia Philippines’ best-selling sedan models, the Soluto (Pegas in China), is manufactured in China.

As of press time, Hyundai Asia Resources Inc. has not yet issued a statement. The Hyundai Reina compact sedan is the first car produced in Beijing Hyundai’s Chongqing plant in the Chinese province of Sichuan.

Likewise, British automaker MG, which is under The Covenant Car Company, Inc. in the Philippines and is owned by China’s largest auto manufacturer and exporter Shanghai Automotive Industry Corp. (SAIC Motor); the Philippine representatives of auto brands Foton and Chery have not replied as of press time; including oil companies Petron and Caltex; are yet to issue their respective official press statements.

China-based auto brand Geely, on the other hand, has assured Filipino consumers that it has enough inventory of spare parts. Froilan Dytianquin, GM of Geely Philippines sales and marketing division/Sojitz G Auto Philippines’ sales and marketing division of Geely auto vehicles, said: “SGAP currently has enough inventory of spare parts both for periodic maintenance and collision parts in the country. One concern, though, is that there will be a possible delay in CBU (completely built up) shipments coming from the Geely factory, since it has asked all workers to stay at home given this 2019-nCoV outbreak. It will resume manufacturing operations by mid-month.”

President and CEO of BAIC Philippines George Chua told Inquirer Motoring that “so far we have not been affected.” The BAIC Automotive Group Co., Ltd. (BAIC Group) has become one of the five largest automotive groups in China, with Bayan Automotive Industries Corp. (Bayan Auto) as the official distributor of BAIC vehicles in the Philippines.

Dongfeng—a 100-percent Chinese state-owned automobile manufacturer with headquarters based in Wuhan, China—which has also recently established distributions in the Philippines, said that the company’s Philippine shipments have not been affected.

Art Balmadrid, GM and VP of Pilipinas Autogroup Inc. (official distributor of Dongfeng automobile) said that Dongfeng may have headquarters in Wuhan, China, but its manufacturing facilities are in other areas of China. Balmadrid said that “stocks of CBUs and inventory of spare parts are more than enough with 12 months of inventory.”

BYD Philippines’ managing director Mark Tieng told Inquirer Motoring that “for BYD no major impact yet (has been felt from the outbreak)”. He said: “So far there is no disruption on incoming items.” He stressed that: “Even if supply is possibly disrupted because of production concerns, the Philippines has not been disrupted.” Tieng also said: “2019-nCoV only affects humans. Parts, vehicles and equipment shipments cannot carry the 2019-nCoV.” The Solar Transport Automotive Resources (Star) Corp., in which Tieng is the managing director, is the exclusive distributor of BYD cars in the country.