Two for the road on V-Day 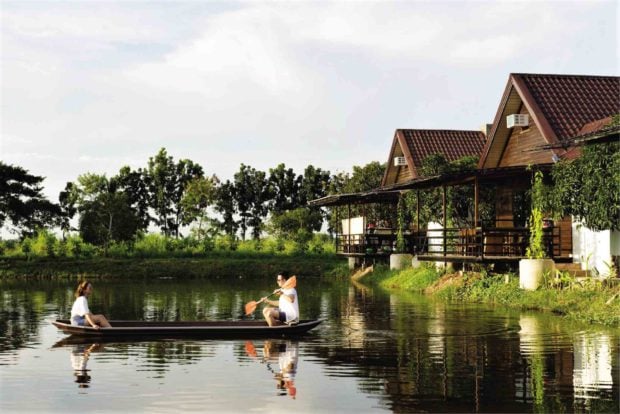 Despite its seeming cheesiness, Valentine’s Day is a very special opportunity to hit the road with your loved one. Here is another merry mix of “hit list” which you can visit on V-Day and beyond.

San Miguel. Bulacan’s northernmost town isn’t known for out-of-town dates, until The Cabin Resorts began appearing in the tourist radar almost two years ago. This farm loft cabin in the midst Central Luzon’s rice granary is a taste of American-style countryside living reminiscent of the Dawson’s Creek TV series. Guests can enjoy KTV, kayak at the lagoon, go fishing at the ponds, dip in the pool, or light up a bonfire. It is advisable to have vehicles fit for short, off-road driving.

This town boasts of the unique blend of history and adventure with the Filipino revolutionary hideout Biak-na-Bato National Park, the colonial-era ancestral homes which figured in the wars against Spain and America, and caves ideal for spelunking 101, all of which make the experience diverse and thrilling.

Sweeten your trip with the pastillas de leche delicacy, wrapped in an age-old fancy paper cutting art, which can be bought at the roadside shops along the Maharlika Highway.

Baguio. While the City of Pines evokes romance at any given time with its cool and refreshing climate, it has been facing traffic issues in recent years. And with the Panagbenga Festival this month, there’s no stopping urbanites from driving in droves to the Summer Capital and Unesco Creative City.

Good thing there are still spots in the city’s fringes which still emit the pine tree scent for the ambiance of a good old mountain retreat. A low-key hideaway is Guesthaven Bed and Breakfast, whose secluded quaint homes at Marcos Highway and Balacbac Sto. Tomas were restored to reflect rustic living.

This proverbial home away from home is nostalgic and intimate with its chandeliers, narra wall paneling, Cordilleran-handcrafted furniture, and fireplace typical of the American-built 1900s houses. Food is home-style and meticulously prepared for the few guests. Despite its being a no-frills establishment, it has earned the Mabuhay accreditation of the Department of Tourism and which will soon be elevated to Premiere classification.

Beyond Baguio’s alluring sights and sounds, there are scores of places you can have unto yourself in the BLISTT area which embraces the Benguet municipalities of La Trinidad, Itogon, Sablan, Tuba, and Tublay. Exploring this newly-formed cluster will decongest the city, spread the sunshine of tourism, and create new dating haunts.

Corregidor. This island fortress, known as a World War II and shrine, has been trying to reinvent itself from the all-too familiar big guns and ruins. Over the past decade, Sun Cruises has introduced leisure and recreational activities such as adventure races, bird watching, kayaking, all-terrain vehicles, marathons, bikathons, and team-building exercises on top of the usual history tour. 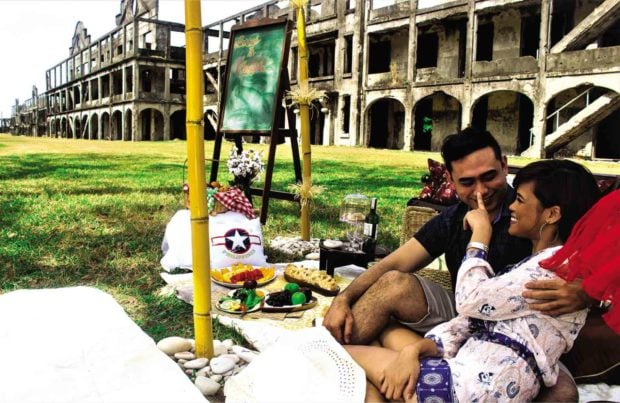 With its serene and postcard-perfect environs, the island has been also made into a venue for pre-nuptial pictorials, photography contests, and couple’s tour. Being an out-of-the-usual date place isn’t a creepy idea at all, as it is a throwback to its prewar role as a self-contained recreation colony with a cinema, pool, clubhouse, PX center, golf course, and open spaces for promenade. In all probability, US troops were dating lady personnel stationed in the island.

While there is no clear-cut package for couples, the service provider will go out of their way to customize a tour which can be as historic as the Pacific War. Corregidor can be reached Sun Cruises at the Mall of Asia Esplanade Seaside Terminal.

Siquijor. This island province in the archipelago’s southern portion is a maverick choice apart from the more popular getaways in the Visayas. Reputed for its mystic healing tradition, it only has six towns, a 338 sq.km land area, and a 75-km circumferential, making it a paradise in a nutshell. 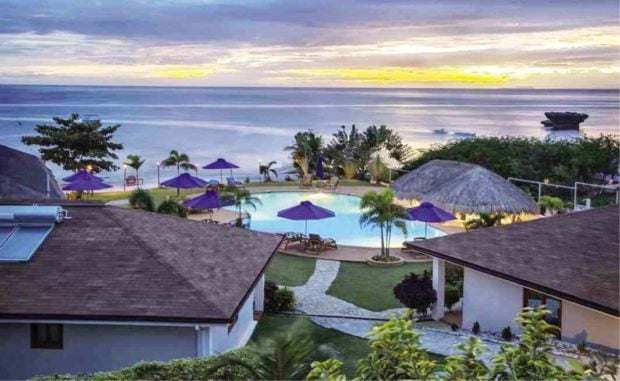 When it’s time to hit the sack, Salamangka Beach and Dive Resort in San Juan town is a hands-down choice with its luxe amenities and panoramic seashore. It prides itself for being the hub for diving and aquasports so you can appreciate Mother Nature’s Aquarium teeming in seahorses, eagle rays, and whale sharks.

Literally meaning “magic,” Salamangka endeavors to make every stay magical with their trusty Salamangkquero staff who can weave a pleasant kind of sorcery with their spell-binding hospitality.

Manila Bay. Known for the world’s most beautiful sunset, this tell-tale body of water hasn’t lost its charm over the decades as an inexpensive getaway for the metro’s students and working class who don’t want to go out of town. While dining along Roxas Boulevard is spectacular enough, companies have taken the experience on the bay itself by offering 90-minute dinner cruises. 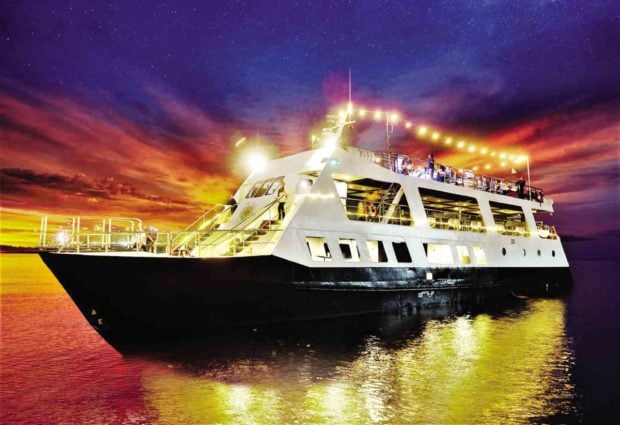 Feast on a pizza party with free-flowing cocktails and iced tea and party music aboard Prestige Cruises Inc. which sails every 6 p.m. to capture the kaleidoscopic dusk. Interestingly, there’s also a Single’s Night on Feb. 13-15 which will cruise at 7 p.m. and 9:30 p.m. from the MOA Esplanade Seaside Terminal.