Two for the Road beyond V-Day 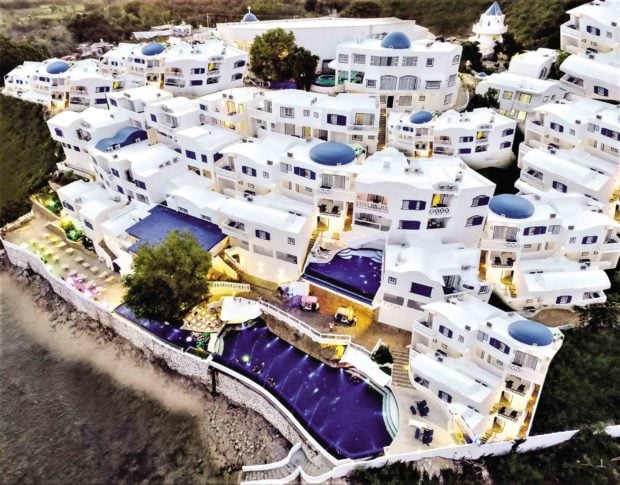 We can’t just get enough of the Filipino’s romantic character, that even two weeks after the Day of the Hearts, couples are still on the hunt for their special date which was hindered by the Covid-19 scare and the dreaded Friday carmaggedon.

For those who want to do a post-Valentine’s Day celebration, this might even be a better time to travel with less traffic on the road and on the hotel or restaurant parking lots. Here is another unique “listicle” of post-V Day getaways, apart from the all-too-familiar dinner for two.

Ilocos Sur. This province is a favorite road trip destination because of its alluring capital city of Vigan, which was named a Unesco World Heritage Site and among the world’s Seven New Wonder Cities. Known for its postcard-pretty Spanish-Mexican style ancestral mansions, cobble-stoned streets, churches, and cuisine, it has an apocryphal love story worth retelling which is key in preserving to what it is now.

Urban legend says that the town was spared the destruction of Second World War when the Japanese commander fell in love with an Ilocana lass who begged that it be spared from being burned to the ground.

Outside Vigan, Ilocos Sur is a veritable mix of culture, adventure, and modern comfort for day trippers.

The town of Santiago is known for its cove punctuated with powdery white sand beaches where vacationers drive by to be transported to the famed Greek island of Santorini with the high-end resorts of Vitalis Villas and Vitalis White Sands. The spanking white-and-blue seaside hotel is as Greek as it can be with its architecture, ambiance, art, rooms and cuisine.

Couples can frolic in the water park, paddle a kayak, ride a banana boat, pedalboat, jet ski or wakeboard, zipline between the two resorts, cruise at sunset the bay, feast on Mediterranean specialties and Ilocano fusion dishes, and sip from an assortment of spirits.

Upland Cebu. If you think you’ve seen everything at the Queen City, look again. Situated some 25km from downtown are the upland garden and farm resorts which have been luring visitors due to the back-to-nature experience, which is are exciting date places which are worthy alternatives to the cosmopolitan-themed romance.

At an altitude of over 500 meters above sea level, the highland barangay of Busay boasts of cool weather, crisp mountain air and a scenic meandering road. Among these green getaways are Adlawon Vacation Farms, Busay Serenity Farm, and Lava Mountain River Farm which have country-style lodging, healthy organic food, and agricultural-themed activities as their main attractions. The latter is located near an upland creek and cascade which guests can trek as they disconnect from the urban jungle, and reconnect with nature.

For Instagrammable snapshots, hop to over to Sirao Flower Garden, Cebu’s so-called “Little Amsterdam” because of its tulips, and Sirao Pictorial Garden and Camping Site. Balai Busay and Terrazas de Flores offer delectable dishes and nooks where you can lounge around and exchange sweet nothings.

Lubi Plantation Resort. A retreat into an idyllic island away from the madding crowd is arguably the best escape one can think of. Just five minutes from mainland Davao de Oro province is Lubi Plantation Resort, a 36-hectare posh leisure complex under the prestigious Dusit Thani brand. 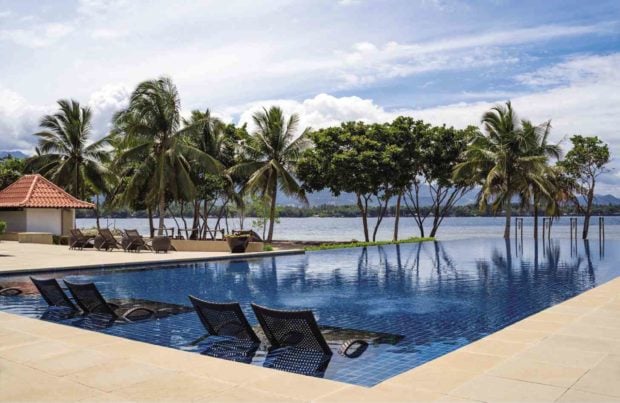 Named after the coconut, this flagship project is a master-planned British-style township and a low-density property which has an exclusive beach, gourmet restaurants, infinity pool, the Mill Entertainment Centre, watersports recreation, wellness center, villas with plunge pool, and its signature Thai spa.

The newly-opened luxe resort is situated at the secluded Kopiat Island, which is part of the 3,433-hectare Mabini Protected Landscape and Seascape, and is a nesting site of endangered marine turtle species. An educational nature program is being run in the area by the resort to help protect its fragile ecosystem.

Lubi aims to serve as an alternative gateway to Davao de Oro with a convenient 30-minute speedboat ride across the Davao Gulf from the Dusit jetty in Lanang, Davao City. You can also opt for the typical road transfer via the Maharlika Highway.

Antipolo. Closer to the metropolis is this mountain resort city, which is like Baguio’s smaller and nearer version because of its cooler climate and scenic zigzag roads. Known for its kasuy and suman, Hinulugang Taktak, and the Our Lady of Peace and Good Voyage Shrine, the city is reliving its glory days with its numerous cozy spas, art colonies, specialty restos, boutique hotels, farm tourism sites, and nature-themed hideaways.

A notable pit stop for dining or overnight stay is Luljetta’s Hanging Gardens Spa which was built on a cliff using Cordillera architecture and boasts of a kaleidoscopic sunset view of the metro skyline and Laguna Lake, while you laze on an infinity pool or get a hydromassage. It also has a new room cluster inspired by the Greek coastal holiday city of Mykonos. 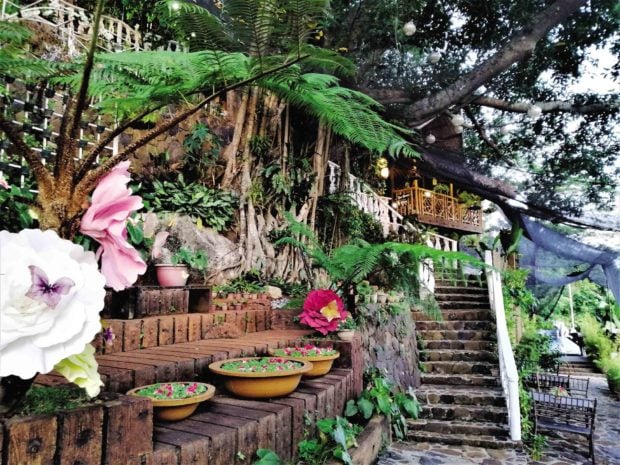 Other must-try dinner date places which are a short drive away are Pinto Art Museum, Burrow Café, Tahanan Bistro, Eugenio Lopez Center, and Seven Suites Observatory Hotel, or Callospa for a rejuvenating spa treatment for two.

To lure the younger set and provide adrenaline rush to an otherwise predictable date, the city government will soon open adventure facilities at the Hinulugang Taktak Park such as hanging bridge and spider web cables which are similar to the famed Masungi Georeserve in Baras.