Honda to shut down Laguna plant 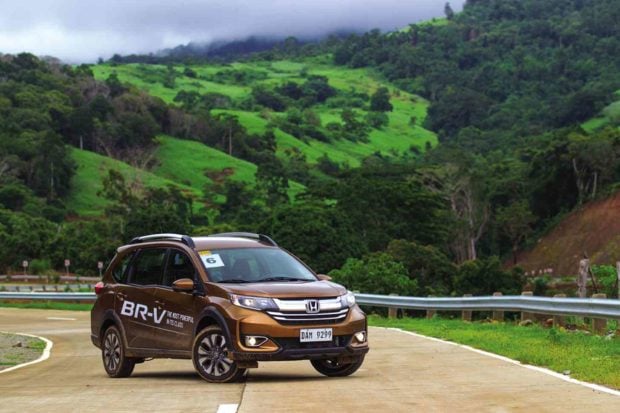 The Honda BR-V is a niche product offering the best of both the worlds: an SUV stance and MPV practicality

MANILA, Philippines — Japanese carmaker Honda is closing down its manufacturing plant in Laguna effective March 2020, announcing an unexpected turn of events that will shutter a factory that has been locally making cars for nearly three decades.

Honda Cars Philippines, Inc. said in a statement on Saturday that the Japanese brand considered how it would optimize its production in Asia and Oceania, which eventually led to the decision to close down the Laguna plant.

This, the company said, is “to meet Honda’s customer needs in the Philippines for reasonably priced and good quality products.”

The manufacturing plant began operations in 1992. It currently locally produces two models for Honda — the BR-V, and the City.

Company sales have been on a decline for at least two years in a row now, industry data shows.

The auto industry saw a huge drop in volume sales in 2018 after the Duterte administration raised excise taxes on new vehicles, which eventually coincided with high inflation rates that hurt consumer demand for new cars.

The closure will likely fan the flames for the local auto industry, which is currently under investigation for allegedly importing too many vehicles in the past few years at the expense of local jobs in auto manufacturing plants.

The investigation was prompted by a petition for a safeguard measure filed by a labor group  of around 13,000 unionized workers.

The Department of Trade and Industry (DTI) has officially began its investigation earlier this month, after noting that the petition had  enough evidence “to justify the initiation of a preliminary safeguard measures investigation.”

Safeguard measures are imposed to protect domestic industries, which were either hurt or threatened by a surge in imports for a specific number of years. This case, however, is first of its kind since the petition was filed not by the major players of a local industry, but by a labor group.

When it filed the petition in August last year, the Philippine Metalworkers Alliance (PMA) claimed that imports have been hurting local jobs in a way that the automotive companies themselves are not.

In a global value chain, a car company that cuts its vehicle production so that it could import instead does not feel any significant loss. In the end, the group argued, multinational companies would still benefit, even if they began relying more on imports.

PMA, which was formed in 2008, is basing its claim on the experience of its members, which work in major car companies and car parts makers, as well as data from the Philippine Statistics Authority (PSA), whose labor force survey showed that the number of workers in the industry dropped in the past few years.

The group cited these figures in its letter to the DTI last August 2019, according to a copy of the letter read by the Inquirer.

“Regardless where they manufacture their cars, they will still have the profit. But in our case, the injury is on the workers because we are losing our jobs,” PMA Secretary General Reynaldo Rasing told the Inquirer last year.