Cars landing on you 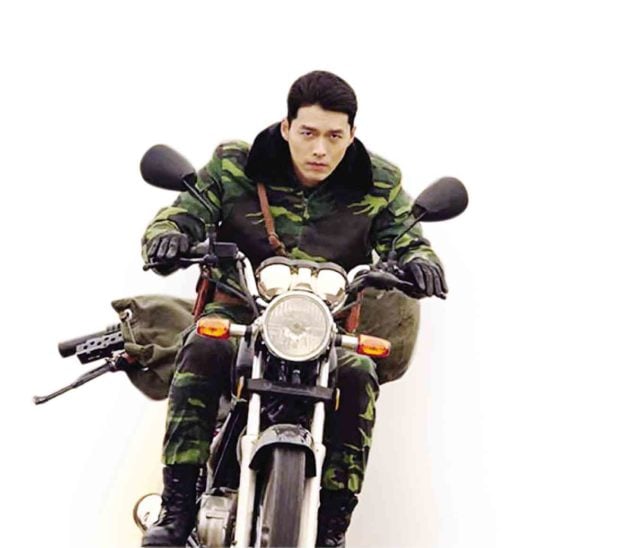 You know you’ve reached widespread recognition in pop culture when you’ve earned your own acronym. There’s the upcoming FF9 (Fast and Furious 9), GOT (Game of Thrones), and now CLOY—Crash Landing on You, the hit South Korean drama. In case you’ve been hiding under a rock, South Korean popular culture has been taking the world by storm, whether it’s in pop music (BTS, Blackpink), movies (“Parasite” is a deserving Best Picture winner, no matter what Donald Trump says), and TV dramas (the aforementioned CLOY, Descendants of the Sun).

Netflix, YouTube, and other channels of worldwide distribution have made South Korean content ubiquitous. The content, of course, have been unique and original, enough to overcome the one-inch tall barrier of subtitles for many people.

CLOY has a premise that is at once familiar and special to the Korean peninsula. A South Korean heiress was paragliding and, thanks to a tornado, accidentally lands in a North Korean village. There she meets, among others, a dashing North Korean officer in the military. Culture clash, adventures, and hijinks ensue, eventually, since this is K-drama, compicated love.

The series rapidly found a rabid fan base, thanks partly to the formula of a pair of good-looking and charismatic leads in Hyun Bin as North Korean Captain Ri Jung Hyuk and Ye-jin Son as chaebol (South Korean conglemerate) heiress Yoon Se Ri.

CLOY makes use of its setting by depicting realistic slices of life in North Korea. And this is not the depiction that we are used to from Hollywood productions like “Team America: World Police” and “The Interview,” which are inevitably parodies. Much of the nuance is thanks to Kwak Moon-wan, an actual North Korean defector who now works in film. Making use of his knowledge of North Korean society, particularly the army, he was able to create intricate plot devices, all of which you’ll have to see to truly appreciate. 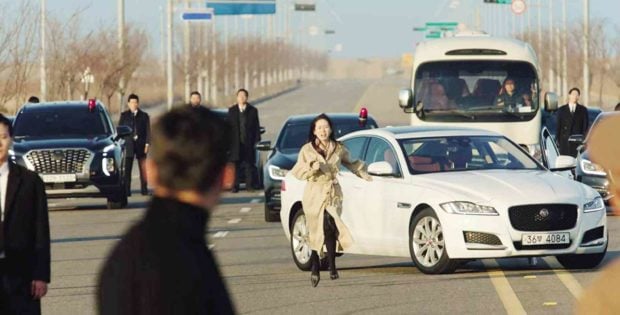 Jag longing on you: Yoon Se-ri (Ye-jin Son) rides a Jaguar XJ to chase Captain Ri before he crosses the border

Prevalent in South Korean dramas are depictions of class divides. An effective cinematic shorthand for a character’s class is the car he or she drives. In one to two seconds, the filmmaker can immediately establish social class, personality and perhaps even temperament. Cars as indicators of social class is a device used in acclaimed movies like “Parasite” and “Burning.” (Such films deserve their own articles, which will be coming soon.)

As a fashion magnate, heiress Yoon Se-ri is shown driving a red Range Rover Evoque for her daily commute to work. The Evoque, perhaps the first Land Rover product to cater to the High Street more than the no-street countryside, was a successful product. Competitors scrambled to catch up, and the second-generation Evoque carries some unique features such as the “see through hood” that allows the driver virtual view of the road. This would be no doubt useful if you were trying to cross the danger-strewn border between North and South Korea. The Evoque befits Yoon’s status as a hip, affluent business leader. Brand loyalty (or product placement) apparently runs in the family, as her siblings have their own Range Rovers. In CLOY, North Korean high ranking officials are regularly assigned Jaguars. You might imagine that Pyongyang might favor something along the lines of a Red Flag or a Russian Aurus Senat, but Kim Jong Un himself rides a stretch Mercedes limousine.

The scene where Captain Ri hastily borrows a Jaguar XJ from a one-star General to get to his local village to save Yoon Se-ri , shows the might of his “729” numbered plate as traffic police rapidly free up intersections in his favor. North Korean villagers and low-ranking military officers alike gawked at the Jag as it was their first time to see a fancy car in such an everyday setting. North Korean soldiers usually drive around in more mundane vehicles, particularly what appears to be a Kia KM131 utility vehicle. In another subplot, a South Korean fugitive was assigned a Range Rover for his daily jaunts.

Spoiler alert… the series’ final episode shows the mom drive a white Jaguar XJ, madly chasing the convoy carrying Captain Ri and the other North Korean defectors to give her daughter a chance to say goodbye (Super cry moment!). As the convoy contains various high-level officials, the Hyundai Genesis G80 and Palisade also make an appearance. 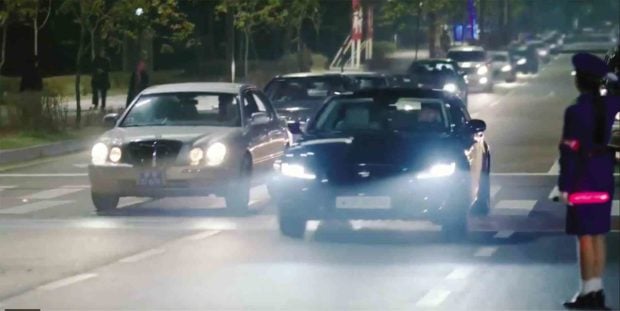 Jag saving on you: Captain Ri speeds across North Korea in a special-plate Jaguar XJ to save Se-ri from mortal danger

One of the series’ highlights is a motorcyle chase. In their attempts to send Se Ri back to South Korea, Jung Hyuk secretly tails her in a motorcycle in case rogue North Korean soldiers make an attempt to thwart the escape.

“Crash Landing on You” has all the makings of a breakout series, i.e, one that gains an audience far beyond the traditional K-drama fan base. It has a pair of charismatic leads in an intriguing love story, the dichotomy of North and South Korea, and, for motoring fans, lots of two- and four-wheeled eye candy.