A piece of Capiz

Mention Capiz and two things come into mind—the exquisite decorative shell it was named after, and the rich aquatic resources which have made it the country’s seafood capital. But beyond these traditional tags, this ancient province has become an exciting frontier to explore on wheels for road warriors.

With the newly-completed road network featuring four lanes for most part, day-tripping around the 16 municipalities and one city is sheer driving and visual delight. But since navigating its 2,633 sq. km. area can be taxing, here are the top five must-see places which best captures the soul of the province. 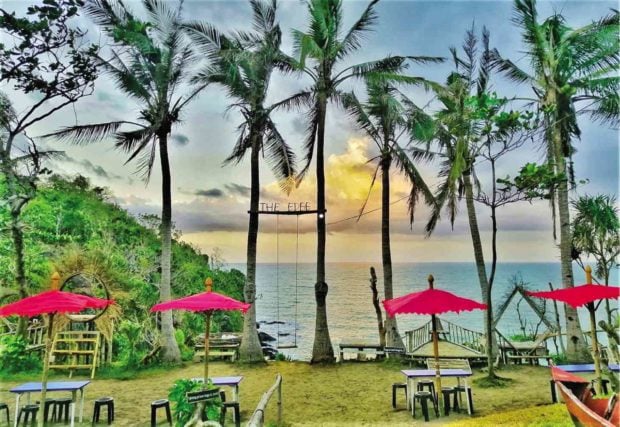 The Edge of Roxas City

Pit Stop 1: Roxas City. The road trip to capture Capiz’s charm starts here, the aerial and sea gateway, transport hub, and provincial capital which is named after its revered son—former president Manuel Roxas. There are car rental services and tour operators which you can hire to make travel a breeze.

Take a glimpse of the local history at the Ang Panubli-On Museum and the nearby heritage zone which embraces the Cathedral, the postcard-pretty Roxas Bridge, provincial capitol, Halaran Plaza, gazebo, and ancestral homes-turned-quaint establishments.

Feast on a sumptuous seafood lunch at the Palina River Greenbelt Eco-Park or Cadimahan River which offer cruises on a bamboo raft, while being serenaded with Capisnon folk songs or having a relaxing hilot massage or foot spa. Managed as community enterprises, these award-winning projects also create awareness for locals and guests alike in preserving the river’s ecosystem.

Drive around Pueblo de Panay, a 670-hectare township which puts together elements of modern living—boutique hotels and restaurants, conference facilities, recreational parks, BPO centers, executive residences, car showrooms, integrated terminal, a Robinsons mall. This virtual “city within a city” also has a giant statue of Jesus Christ to put the spiritual component to the home-grown enclave.

Department of Tourism regional director Helen Catalbas noted that Roxas is emerging as an alternative convention and events hub in the Visayas, because of its good facilities and light traffic. Later this year, the city will once again be the venue of the national confab of government tourism officers.

For the all-important pasalubong, swing by the Provincial Park for food products and souvenirs, Banica Market for an assortment of dried fish, and Kapis Atbp for its trademark capiz decors.

Stroll at Baybay Beach and feast on the ocean’s bounty at the sought-after seafood restaurants. This scenic coastal strip is also the best place to stay because of the sea view resorts, among them Altacosta Beach Hotel and San Antonio Resort. In the horizon are Mantalinga and Olotayan islands which are just a few minutes away by pumpboat.

Tucked at a cliff near Culasi Port is The Edge viewpoint whose breathtaking panorama is adorned with Balinese motifs for the perfect Instagram post.

After beach bumming, tour the organic farm of Cabugao Verdant or watch the migratory birds fly by their mangrove forest sanctuary at sunset. 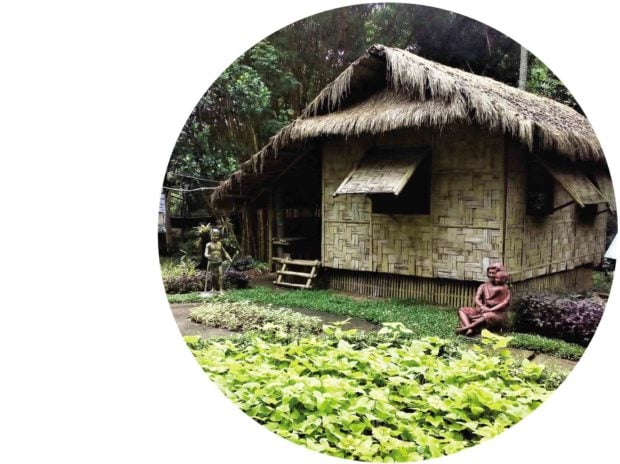 Pit Stop 3: Cuartero. A 30-minute drive south will take you to Capiz Ecology Park and Cultural Village, a government facility which depicts the way of life of the province’s tribal and lowland inhabitants through replicas of vernacular nipa huts. The sprawling interior park is covered by lush vegetation, rice farm lots, and forage plots as protein bank.

Occasionally visiting the place are Ati and Panay Bukidnon indigenous peoples who are known for their intricate ornaments and traditional panubok embroidery which make them a cultural gem of the province. 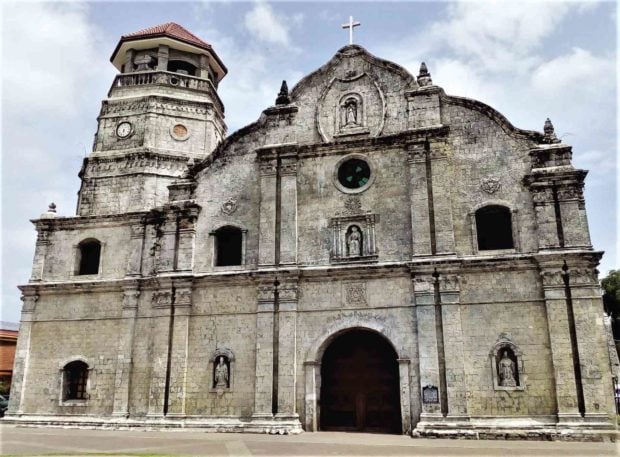 Pit Stop 4: Panay. Roxas City’s neighboring town takes pride in its iconic Baroque-style Sta. Monica Church whose walls are made of coral blocks dating back to the late 1700s. Its five-tier belfry, which is open to the public by appointment, houses Asia’s biggest Christian bell at 5×7 feet, weighs 10.4 tons, and was cast in 1878 using 70 sacks of coins.

The church has three other massive Spanish-era bells and an ecclesiastical museum at the adjacent convent.

An added attraction in the town is the half-hectare Wenny’s Butterfly Garden at the inland barangay of Bonga, which attests to Panay’s healthy biodiversity which enable these colorful insects to flourish. 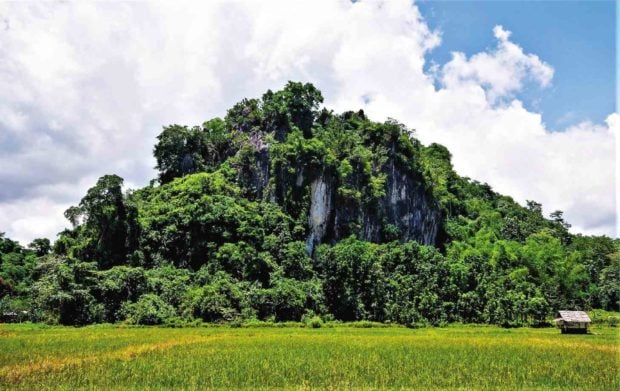 Pit Stop 5: Pilar. An hour’s drive will take you to this easternmost town which has diverse tourist attractions. A popular spot is Agtalin Shrine, an 24-meter high mountain statue of the Blessed Virgin Mary, which draws thousands of devotees every first Saturday of the month.

A natural wonder is Balisong Cave which is believed to be a pre-colonial burial site, evident in the recently excavated earthen pots with intricately incised designs. At its side is the spectacular of a 61-meter jagged grayish black rock which form farm of Balisong or Kapulugan Hill. During the 1896 Revolution, local freedom fighters defeated Spanish troops but lost Juan Arce, regarded as the greatest Capiznon hero, in the fight.

Pilar also boasts of pockets of powdery beaches, native-themed resorts, and the GI Crafts Shell Museum and Gallery, which has a remarkable collection of shells.

After capturing Capiz, you can motor to nearby Iloilo and Aklan, or cross the sea to Masbate for another exciting road odyssey.