When the English balladeer duo Chad & Jeremy smashed the airwaves in 1966 with their hit single “Distant Shores,” I thought they were singing about the powdery beaches in the remote nooks and crannies of the Philippines.

With its 36,289-kilometer coastline in 7,651 islands, it very well fits the song’s description of “sweet soft summer nights dancing shadows in the distant lights.”

And with the onset of the long, hot summer, there is the irresistible urge to drive to the beaches and bask in the sun, sea and sand, minus the madding crowd if possible. Here are some breathtaking distant shores across Luzon, Visayas and Mindanao which are worth the road trip. 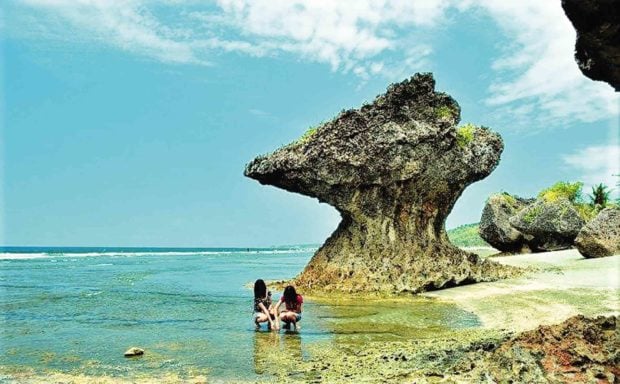 Pangasinan. While being the closest northern getaway to the metropolis, the nearest beach is some three hours away. There are the old beach capital of San Fabian and the iconic Hundred Islands National Park which underwent recent major redevelopment.

In between is Lingayen town coastal stretch which has the elegant Provincial Capitol Complex, the El Puerto Marina and Aquatica Marina Waterpark, and the Lingayen Baywalk, an inexpensive recreational colony for locals.

There is more to beach bumming to this portion of Lingayen Gulf, as this became the landing site of the Allied Forces under Gen. Douglas MacArthur in 1945, to kick out the Japanese during World War II. And if you travel farther back in time, you’ll learn that this body of water figured in the exploits of fabled Chinese pirate Lim Ah Hong.

The Gulf also hosts the annual Pista’y Dayat Festival every May 1 which celebrates the bounty of the sea through fluvial parade, beach sports, and a bevy of summer-themed events.

Further to the west are the towns of Sual, Bani, and Anda which have less developed but more pristine beaches. Bolinao has somewhat made a name for itself with its century-old lighthouse, subterranean caves, picturesque cliffs and Patar Beach which is lined with luxe resorts.

For more aquatic playgrounds, motor to the shores facing the West Philippine Sea for the Sabangan Beach and Umbrella Rocks in Agno, and Cabongaoan Beach in Burgos where the so-called “Death” and “Date” tidal pools are located. 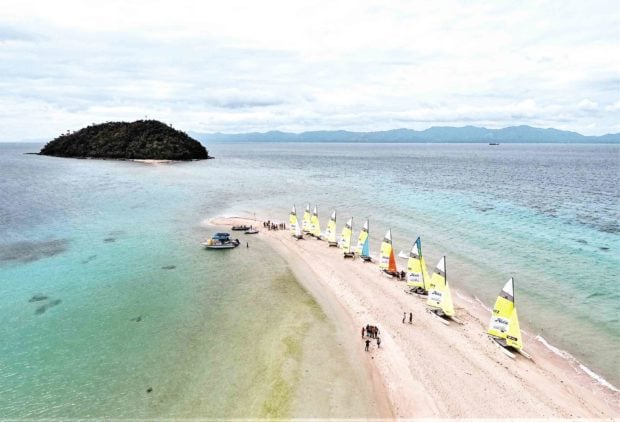 Romblon. Situated southeast of mainland Luzon, this archipelagic province is the country’s “marble capital” because of its marble industry. Accessible by air or by roll-on, roll-off ferry via Batangas Port, it is composed of six major islands and boasts of the most distant but unspoilt beaches you can frolic on.

Due to its good winds and raw beaches, it has been a favorite pit stop of the Philippine Hobie Challenge, the country’s premier global extreme sailing event, over the past 20 years. The prestigious adventure sports race has gone around various beaches in the main islands of Tablas, Romblon and Sibuyan.

The southernmost island town of San Jose, popularly known as Carabao, is less than an hour away from Boracay and boasts of almost the same quality of sand. It has no Ro-Ro port and the main mode of transport here is the habal-habal or motorcycle, hence preserving the isle’s rustic atmosphere. Cabilao. The Chocolate Hills, Loboc River, and white coves and gin-clear waters have made Bohol a top-of-mind domestic destination. The recent opening of the international airport in Panglao Island has made its once distant shores the gateway, prompting wanderlusts to explore other less crowded beaches.

Just about 90 minutes away is Cabilao Island in Loon, a lesser-known scuba diving haven which boasts of coral gardens, reefs and shoals teeming with an assortment of marine life. It is also ideal for wall dives with big gorgonians, muck diving, and pygmy seahorses.

Despite the land and sea travel, it is accessible by public conveyance and the journey is a breeze if compared to Edsa’s daily gridlock. Other attractions in the 8 sq.km. isle are Lake Lanao which is frequented by migratory birds, Punta Baluarte Eco-Museum, a lighthouse, and a community center for native crafts.

Should you decide to stay overnight, there is the quaint Pura Vida Resort whose Sea Explorers dive center can help you explore the underwater world or hop around the nearby islands of Pangangan, Sandingan and Balicasag. 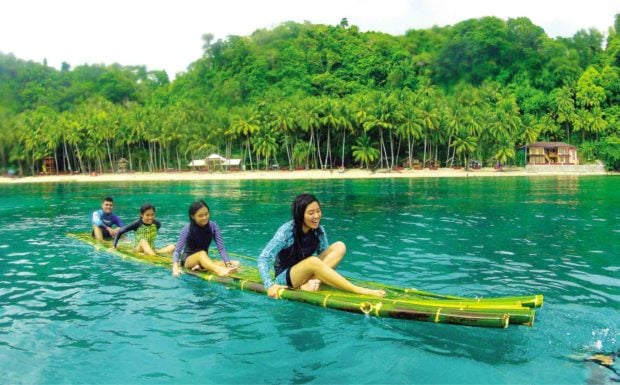 Tuka Marine Park. After a scenic 93-km westward drive from the Gen. Santos City airport, you will reach this secluded cove in Kiamba, Sarangani. The back-to-basics distant shores in every sense, this marine sanctuary comprises of four protected coves in Sarangani Bay, and can only be reached by a 20-minute boat ride from the municipal tourism office.

Only one cove is open to the public, and its 100-meter beach is surrounded by thickly-forested cliffs, tall coconut trees, and a few native huts. Its crystalline water is ideal for snorkeling and freediving because of the profusion of hard and soft corals gardens, massive bumphead parrot fishes, the all-too familiar “Nemo”, and an assortment of aquatic life.

If it’s your lucky day, you might just spot the Fighting Senator Manny Pacquiao who owns the Pac-Man Resort, the biggest of the only two lodgings in the cove.

Back at the mainland, you can stroll at the Kiamba’s Instagrammable boardwalk plaza and feast on the grilled meat or fishes after gazing at the mesmerizing sunset.