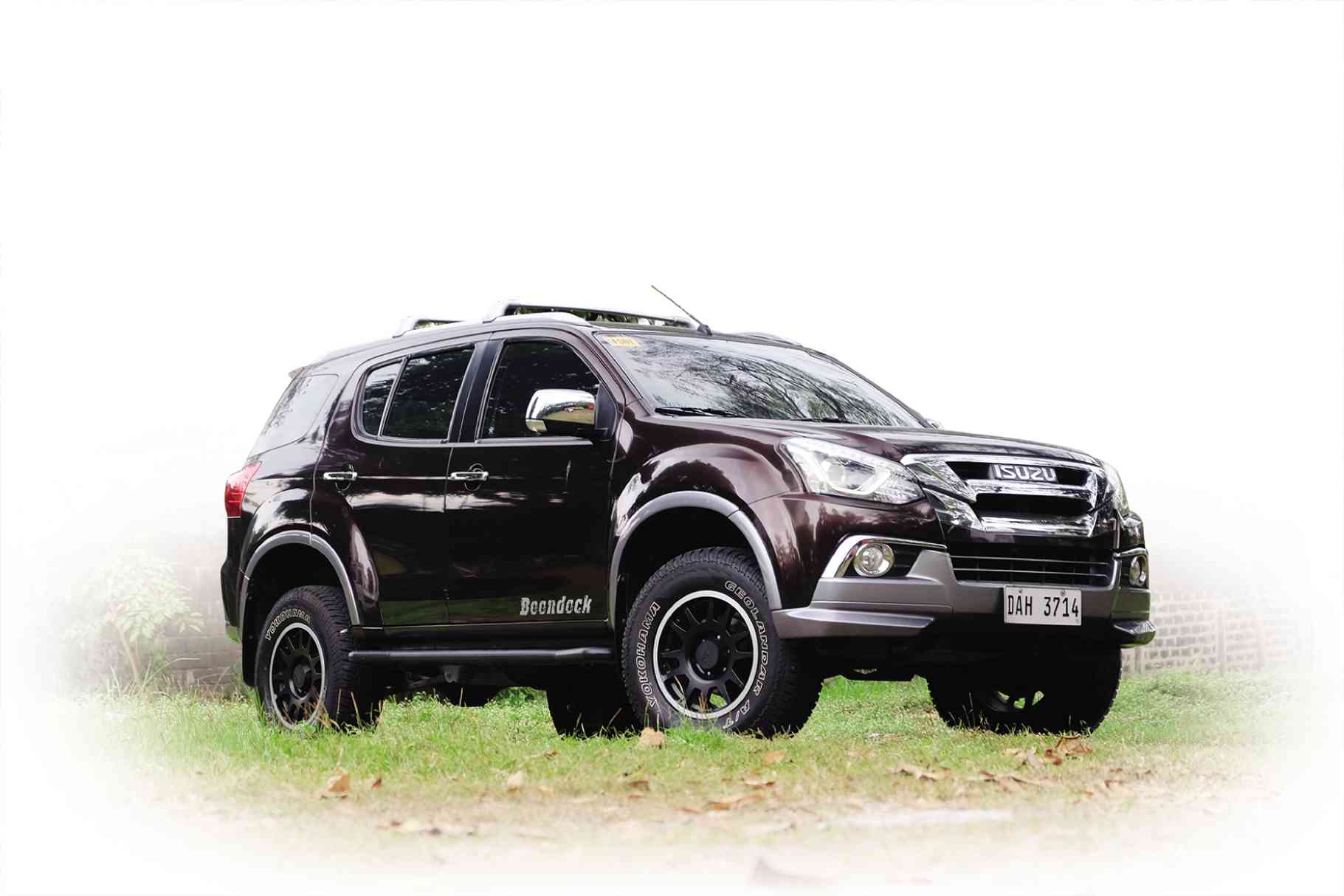 I’ll let the elephant in the room be acknowledged: the MU-X doesn’t have the fastest, most powerful engine, nor does it have a sophisticated all-wheel drive system and matching off-road terrain response software. The interior, though roomy, isn’t the last word on soft-touch plaint premium feeling materials. And as mentioned earlier, it is quite old. But there is truth to the saying that the mu-X is far greater than the sum of all its parts combined.

The key difference to the mu-X Boondock Edition versus the regular mu-X variants are the step-board cum rock-sliders, the chunky Yokohama Geolandar A/T tires sized 265/70R17 and aggressive new design wheels, and crucially, a revised and lifted suspension from Explorer, a Thai-based company known for making affordable suspension lift-kits for a variety of cars. Explorer worked with Isuzu for almost two years, testing a wide variety of shock damper settings and spring rates to deliver a ride comfort as close to stock as possible. In the end, the partnership decided on a combination of stock springs up front with a raised spring perch, and specific, custom-rate rear springs to deliver a more stable ride out back, matched with custom valved Explorer shocks. The result is truly OEM-like. The brakes feel more than capable, and the steering gained a bit more heft, but otherwise, it felt perfectly comfortable on our very long traffic-ridden drives during the Christmas and New Year Holiday break. 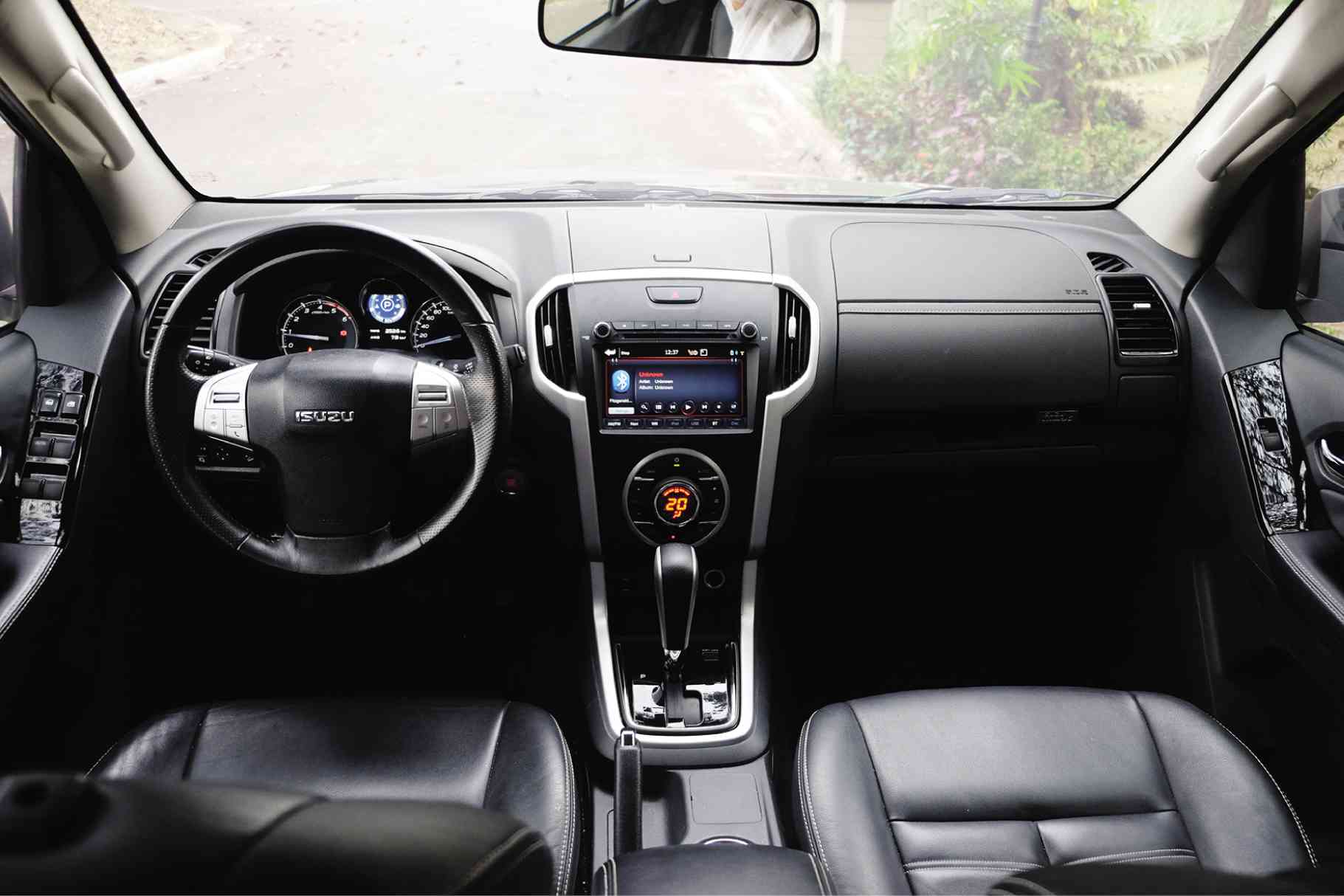 Inside, not much has changed from other MU-X models: leather seats with silver stitching complimenting the silver accents on the dash, door sidings and steering wheel, and a bit of piano black to give extra sophistication. An AVT-supplied infotainment system is standard as well. The rear seat occupants also have a flip-down LCD screen from the ceiling so the kids can watch movies while on a long drive. On Christmas Day, after spending it down south with my wide of the family, we had to reach my in-laws to reach Christmas Day dinner with them in Quezon City. What followed was an epic 4+ hour drive from Tagaytay, passing through the western side of Cavite, bypassing SLEX altogether, through heavy traffic. It was enjoyable because the mu-X gave us the confidence to traverse roads previously unknown, bumpy and smooth, narrow and wide and all other sorts in between.

Safety wise, the mu-X has you covered: four airbags, ABS-EBD brakes and traction / stability control are included. Though it isn’t a 4WD variant, the suspension can flex / articulate very well, giving it amazing rock-crawling abilities so long as slippery surfaces aren’t a main concern. More than enough for your typical provincial farm-to-market roads and dirt roads. During summer, the mu-X Boondock in 2WD variant can easily scale Mt. Balagbag, a popular picnic and sightseeing, hiking and camping destination a stone’s throw-away from the Metro, with slightly aired-down tires and good driving technique. 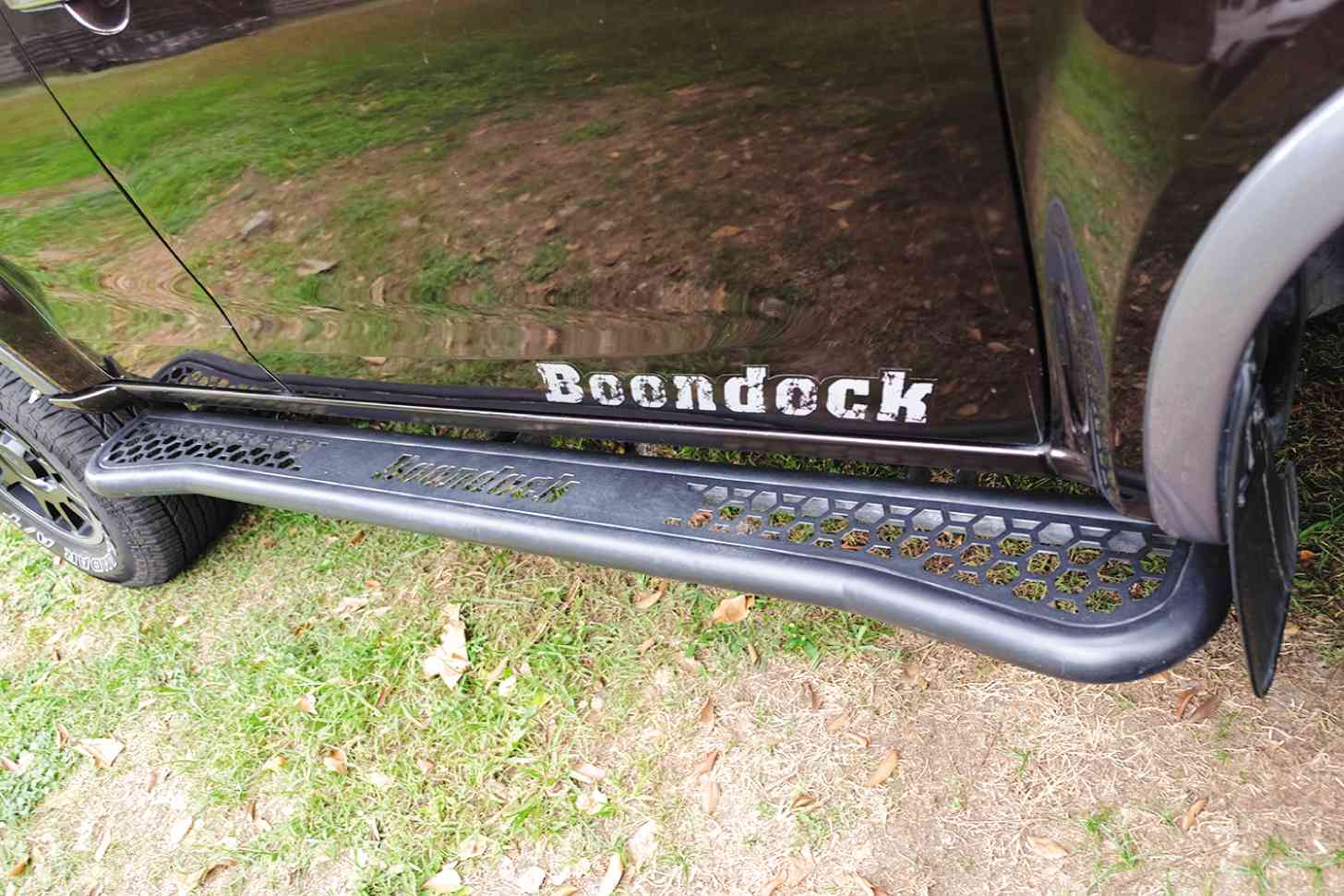 On the road, the biggest improvement has to be the increased NVH refinement from the mu-X: the 4JJ-TCX diesel direct injection delivers a decent 177hp and 380 Newton-Meters of torque to the rear wheels via a 5-speed automatic transmission, 14hp better over its predecessor. Fuel efficiency is impressive in its class, close to 10km/liter in the city, and over 16km/liter on the highway even with bad holiday traffic.

It’s now Euro IV compliant of course and comes with BluePower emissions control. Power comes in early and allows the 5-speed slush-box to shift early and save on fuel, and diesel injection noise has been almost cancelled out completely, making long-drives smooth and painless, even for my noise sensitive wife and our fur-baby Lulu.

All in all, cruising on the highway is a breeze, and driving in the city is OK, especially if you love seeing far ahead thanks to the raised (by ~40mm) ride height and slightly taller tires. Seems small, but it gives you a massive advantage seeing a few cars lengths ahead. But the tall ride height is still within the 2.1 meter overall vehicle height, so you can still safely tuck into most car parks, even older ones that have low vertical clearances. 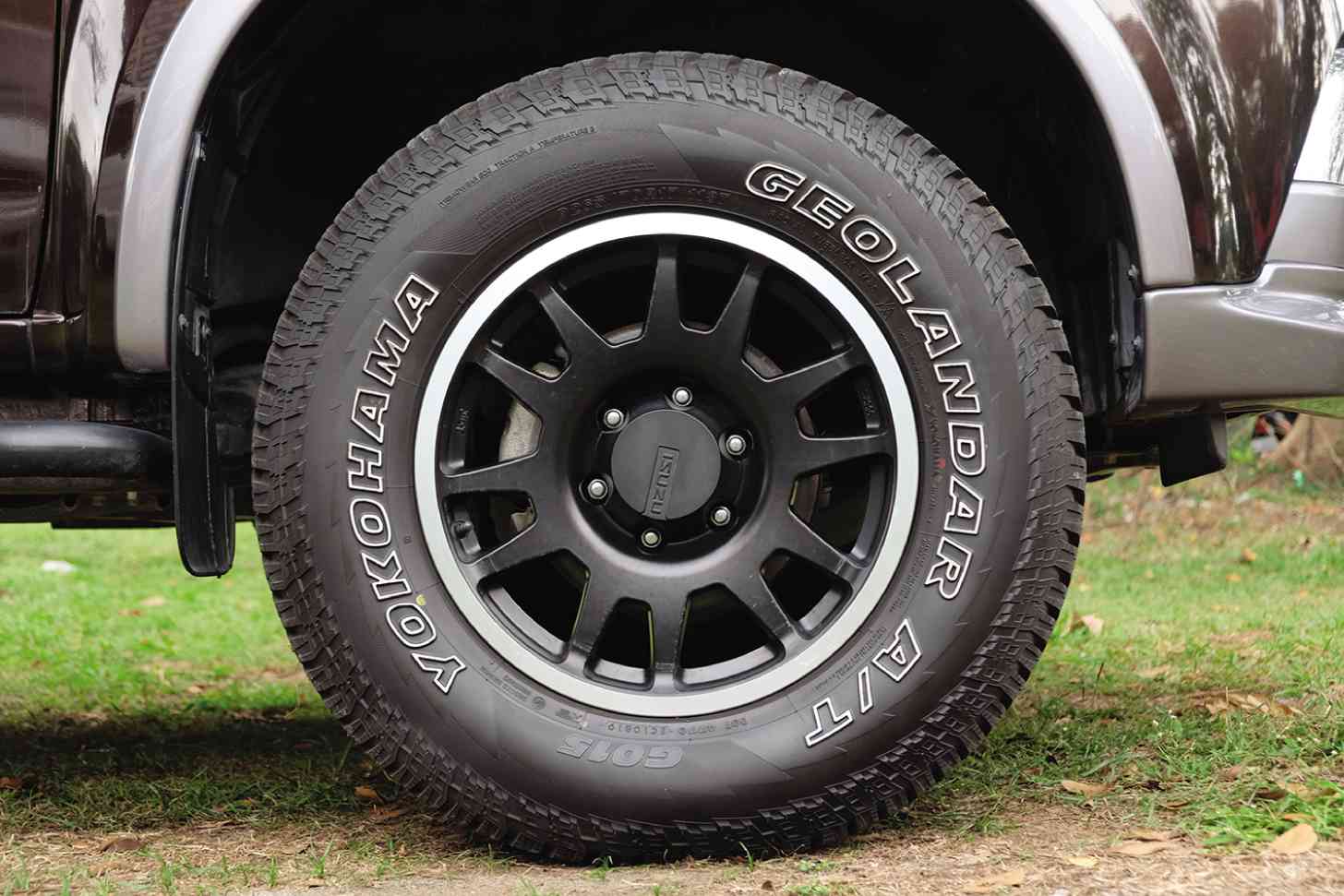 As we wait for the new model soon (the D-Max pick-up twin has already been launched in other markets so it’s only a matter of time before we see an all-new mu-X SUV), don’t discount the mu-X. It is still highly capable, refined and roomy as SUVs go. And reliable as death and taxes, as the under-stressed engine (which is tune-able by the way, giving you far more oomph with the flick of a tuner’s fingers on his laptop) is built to last practically forever.

Isuzu is after all, the diesel authority.