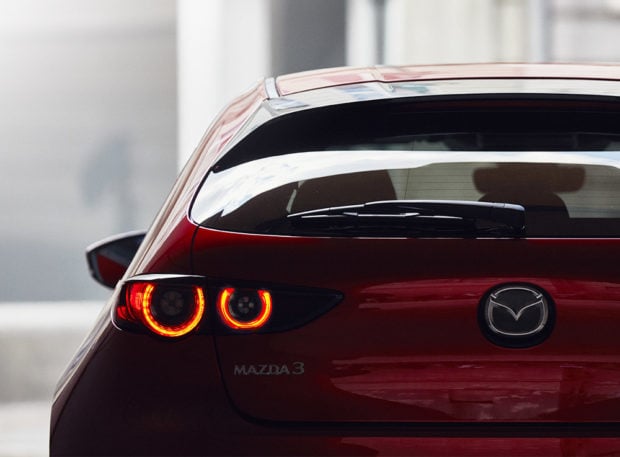 Mazda has been on a roll lately.

The current and greatly admired 4th generation ND Miata MX-5 won the hearts and minds of enthusiasts when it was launched in 2015, and updated in 2018. It captured the handling purity of the original, with lessons gleaned from the latest technology available to make it sharper, more efficient and more capable. In the succeeding years, Mazda unveiled a variety of studies for the RX Vision concept car that got more enthusiasts racing, hoping for a flagship sporting / GT model from the Hiroshima-based company.

Last year, Mazda released the CX-30 cross-over and the MX-30 EV which stunned the world at the Tokyo Motor Show. Then news of a new RWD-based Mazda 6 sedan, rumored to be released in 2022 and powered by an inline six cylinder engine has enthusiasts excited as it makes the rounds on the interwebs.

The Evolved-KODO design theme is minimal, yet functional, uniquely Japanese in philosophy that honors the past yet embraces the future; beauty through subtraction, removing all superfluous and unnecessary traits has made Mazda design easier to live with and interact with for humans, giving the user more joy. Cars as Art is Mazda belief, yet these are more than just art, but truly functional, useful and versatile art.

Steven Tan, President and Chief Executive Officer of Bermaz Auto Philippines, the local distributor for Mazda vehicles in the country adds, “Ultimately, it is our clients who are the true winners with every Mazda they drive. Because of this award, they can stand high and fully appreciate the choice they made, the same choice that will serve them admirably for the years to come.”

The slab-sided and chunky C-pillars of the Mazda3 hatchback has been the single most polarizing design aspect of the model, but Mazda feels it is precisely why the design works: you either love it or loathe it. It evokes a strong reaction, growing on you, lingering in your mind. Mazda has strayed from safe, conservative and generic, venturing into a brave new design path no other Japanese manufacturer has ever imagined to venture into. And this courage shows in everything else about Mazda: the wheel designs, the radiator grill, the headlight design, the low and purposeful ride height, the sensuous and feminine curves. The shape and silhouette appears to you initially as subtle until you realize the small functional details makes Mazda design truly sublime.

Of course, Mazda’s beauty isn’t just skin deep: the avowed SkyActiv Technology suite increases efficiency for powertrains and delivers a good amount of excitement. The engine side of things in fact push the boundaries of the internal combustion engine, taking it to further and higher steps previously thought unachievable for mass-produced mass-market engines. Power output, efficiency and exhaust emissions are arguably the best in the industry.

Mazda has also released their own i-ActivSense, their own proprietary suite of safety and passive technology features which include but is not limited to rear view monitoring alert, lane departure warning, headlight high beam automatic control, active front turning headlamps, a sudden acceleration mitigation system for automatic transmission equipped cars, active cruise control that keeps safe distance with cars ahead of you and many more.

By gaining the highest score ever of 98% in adult protection and a 5-Star Rating by EURO NCAP (European New Car Assessment Programme), the 2020 Mazda3 has become one of a handful of cars that provide the best safety performance for its occupants in the world today in the event of an actual accident. And with the all-new Mazda3 being awarded the United States’ IIHS (Insurance Institute for Highway Safety) Top Safety Pick+ title this 2020, it has now become one the IIHS’s safest cars for ten straight years with superior ratings in crash worthiness, crash avoidance and mitigation.

If you’re in the market for a new car soon, one that has amazing design, exciting driving dynamics, cutting edge technology that works to make your drive better and safer, few cars are as exceptional in this area as the Mazda3.