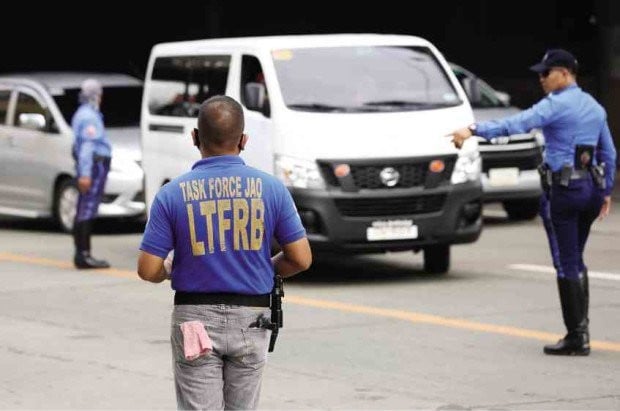 MANILA, Philippines — As the National Capital Region prepares to transition to a general community quarantine (GCQ), the Metropolitan Manila Development Authority (MMDA) said on Wednesday said that it was considering implementing a modified coding scheme that would allow affected vehicles to travel if they carry two passengers.

Speaking to reporters, MMDA general manager Jojo Garcia said this was among the proposals of the Metro Manila Council during their Tuesday meeting, in which they recommended that Metro Manila be placed under GCQ.

“Vehicles carrying more than one passenger, depending on the guidelines of the [Interagency Task Force for the Management of Emerging Infectious Diseases] on allowed passengers per type of vehicles, will be exempted from the existing number coding scheme. We want the motorists to maximize the use of private vehicles on the road,” Garcia said.

“The MMDA understands the plight of the medical front-liners so we want to assist them during this challenging time. We hope that by exempting them from the modified number coding scheme, we are helping to provide ease and convenience to their daily transport,” he added.