Buses to use left lanes of Edsa once operations resume — MMDA 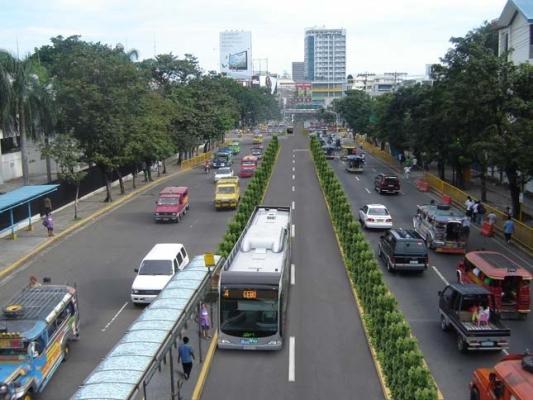 MANILA, Philippines — Buses will be assigned to use the two left-most lanes of Edsa once they are allowed to operate after the lifting of strict quarantine measures, the Metro Manila Development Authority (MMDA) said on Thursday.

MMDA General Manager Jojo Garcia said stations of the Metro Rail Transit 3 (MRT-3) will be used as loading and unloading stations of passengers, where physical distancing will also be implemented.

(Buses will be assigned to use the left side of Edsa and there will be two lanes. We will place barriers there so that commuters will not be on the sidewalk and our loading and unloading lanes will be dedicated for its use. In this way, buses will no longer load and unload at whichever part of the road.)

In a text message to INQUIRER.net, Garcia said buses will load and unload passengers at the middle island of Edsa. Commuters will then use the footbridges of MRT-3 stations to cross from the center to the other side of the highway.

According to Garcia, this system will also allow the faster travel of buses along Edsa.

The Department of Transportation (DOTr) earlier identified 16 bus stops along Edsa where commuters can be picked-up or dropped-off once bus services resume.

The Metro Manila Council (MMC), composed of the 17 mayors of Metro Manila, earlier recommended the suspension of bus and jeepney operations if the government decides to place Metro Manila under a general community quarantine after May 31.