IATF to encourage bicycles as ‘primary mode of transport’ — Año 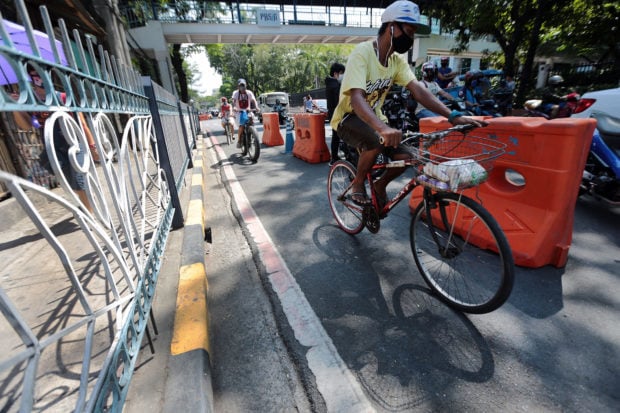 POP-UP BIKE LANES / MAY 12, 2020
Bikers use the pop-up bike lane set up along Caruncho Avenue in Pasig City on Tuesday, May 12, 2020 as the city acknowledges that biking is an essential form of transportation especially during the enhanced community quarantine (ECQ).
INQUIRER PHOTO / GRIG C. MONTEGRANDE

MANILA, Philippines — The government’s task force encourages the use of bicycles as the primary mode of transportation once the country eases its restriction into general community quarantine (GCQ), Interior Secretary Eduardo Año said on Thursday.

In an interview with CNN Philippines, Año, vice chairman of the Inter-Agency Task Force (IATF)  for the Management of Emerging Infectious Diseases, said they would also require local government units (LGUs) to put up bicycle lanes.

(For bicycles, we promote it as the primary mode of transportation so we will order LGUs to establish bike lanes in all thoroughfares.)

Año said they are encouraging biking for transportation, noting that the two-wheeled vehicle is also cheaper as bikes do not need gasoline to run.

Año earlier disclosed that the IATF recommended to President Rodrigo Duterte to place Metro Manila under GCQ on June 1. Duterte is expected to announce new directives for community quarantine in the country this Thursday. 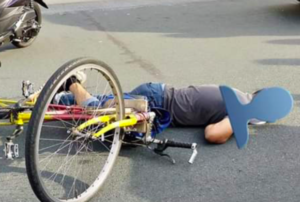 Metro Manila is currently under modified enhanced community quarantine until May 31 which still suspended public and mass transportation.

Meanwhile, the Metropolitan Manila Development Authority previously warned bikers to be aware of their health and hot weather after a rider collapsed and later died while cycling on Edsa in Makati City.