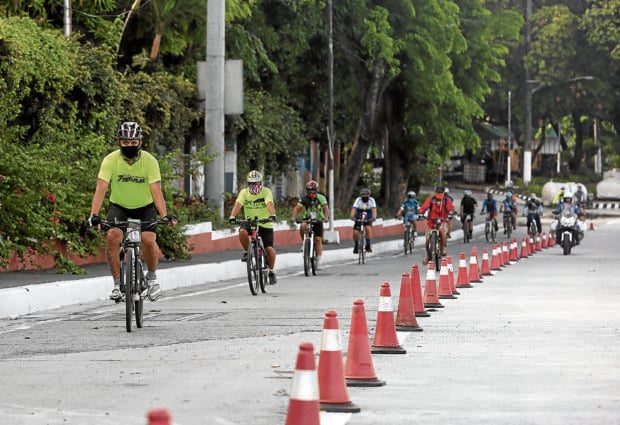 During a televised meeting with President Rodrigo Duterte, Transportation Secretary Arthur Tugade said they will also install bicycle lanes in several parts of the country “if it works.”

(We will change Edsa. Ultimately, we will have bike lanes and we will coordinate with MMDA and DPWH to revive bicycle lanes.)

(If our experiment will be proven feasible, we will make the structure permanent. Bicycle lanes will also not be limited to Edsa but also to parts of the country if it works.)

Earlier, Interior Secretary Eduardo Año said the Inter-Agency Task Force (IATF)  for the Management of Emerging Infectious Diseases encourages the use of bicycles as the primary mode of transportation.

Año added that the local government units will be required to put up bicycle lanes in their respective jurisdictions. –By: Krissy Aguilar