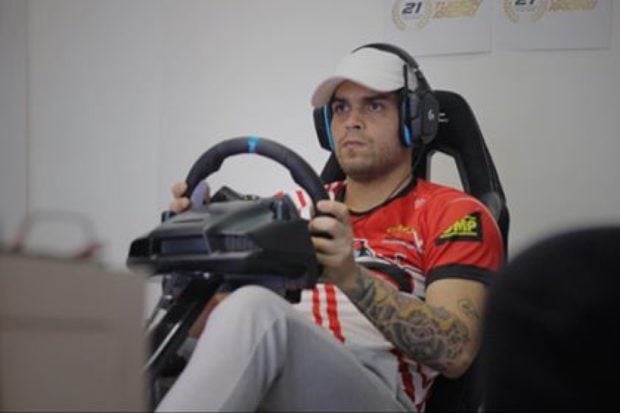 Ever since the whole country underwent community quarantine, all motorsports events and other forms of large scale motoring related events were put on hold.  Tuason Racing School (TRS) has come up organized and e-game virtual racing program designed for experienced race car drivers and e-gamers alike to promote motorsports at a safe social distance to feed the adrenaline thirst for racing aficionados. Its successful championship round of the #RaceForFrontliners ended with a lot of excitement from the Celebrity Challenge to an unexpected twist in the final round.

Tuason Racing together with Phoenix Pulse started the Esports campaign last April to bring together racing enthusiasts during quarantine and the championship aimed in raising funds to help out different frontliners and Barangays around Metro Manila. And after four elimination rounds, the culminating event was made even bigger with more prizes and the Celebrity Challenge.

The Celebrity Challenge grid is composed of Troy Montero, Aubrey Miles, Fabio Ide, Phoemela Baranda, Gaby Dela Merced, Jinno Rufino , Ivan Carapiet, and Arianne Bautista, who are all racing for their Barangay Beneficiaries. All of them went head-to-head in the Time Attack Competition, with Carapiet and Montero ended up in the top for the final showdown. Ultimately, Carapiet had the best time claiming the Champion title. His win was able to donate Php 50,000 worth of Family Mart food packages to be given o Barangay Western Bicutan. Aside from this, all the celebrity racers will also receive Php 10,000 worth of Family Mart goodies for their own beneficiary communities.

“I am truly happy I got to do what I love while helping people. We have to move forward to evolve. Congratulations to all the competitors and TRS!” said Celebrity Challenge Champion, Ivan Carapiet.

For the Race for Frontliners Championship, it was Inigo Anton who took home the win that should have qualified him to race in Europe for the global championship rounds. However, due to travel restrictions, this would not have been possible. Instead, Anton will bring home a new racing simulator rig; decked with OMP Full Bucket Seat, Seven Star Garage Sim Rig Frame, Logitech G29 Wheel, LG HD Television unit, OMP Racing Suit, and OMP Helmet amounting to more than Php150, 000.

“There will always be someone better than you out there and you should make them your inspiration to be better. I learn a lot from them and I believe that experience, hard work, and practice will always make you a better racer.” Iñigo Anton expressed.