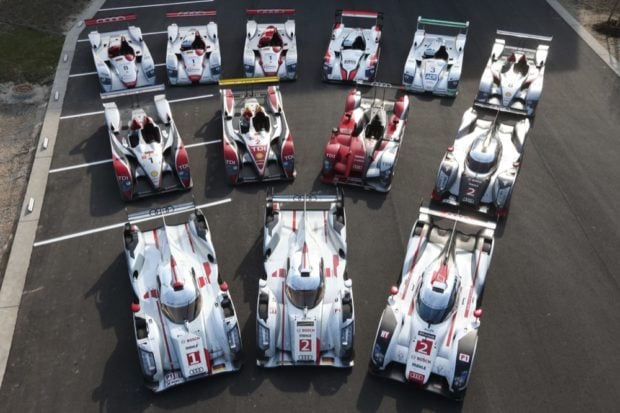 The Le Mans 24 Hours is the world’s oldest endurance race and is considered one of the most prestigious. Held annually since 1923, it has become the proving grounds for car companies who develop their race cars not only for handling and speed, but are built to take a lot of grueling punishment. A lot of these technologies and innovation find their way to today’s road-going high performance cars. Its racing teams have to manage their race car’s ability to perform at optimal levels while making sure it does not break down. Only about two thirds or less of the cars that start on the grid finish the full 24 hours.

After two decades, motorsports fans still remember Audi’s R8 race cars epic 1-2-3 formation as they crossed the finish line marking its first win in Le Mans.  Audi’s sports car racing programme took home the first prize 13 times – with a commanding 72% success rate. Audi driver Tom Kristensen (Denmark), won for Audi’s team in 2000, 2001, 2002, 2004, 2005, 2008 and 2013 that marked many years of the Audi R8’s dominance I sports car racing. He won Le Mans a total of 9 times and recalled Audi’s first victory in 2000 – ‘I was invited by Doctor Wolfgang Ullrich, then Audi Head of Motorsport, to a meeting at Ingolstadt in autumn 1999. He introduced me to some of the Audi Sport engineers and mechanics, and showed me a drawing of the R8 race car.  On the spot, I said I would like to be part of the team. We shook hands, and that was the best decision I ever made in racing.’ 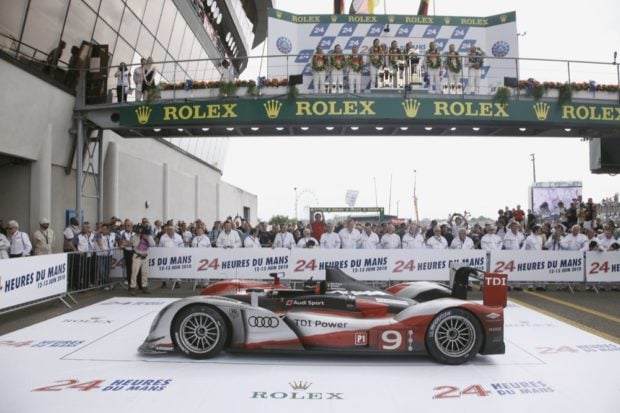 While Audi took a conservative stance with the R8, it also meant that it was very reliable. Kristensen added – “If there is any problem, we need to be able to fix it,” and that came all the way from board level down. The number-one priority was reliability. Without reliability, you cannot have 100% trust in your equipment, and you cannot perform. It was the perfect approach for Le Mans.” After the first win, the rest became motorsport history. The R8 went on to become the most successful LMP1 car. 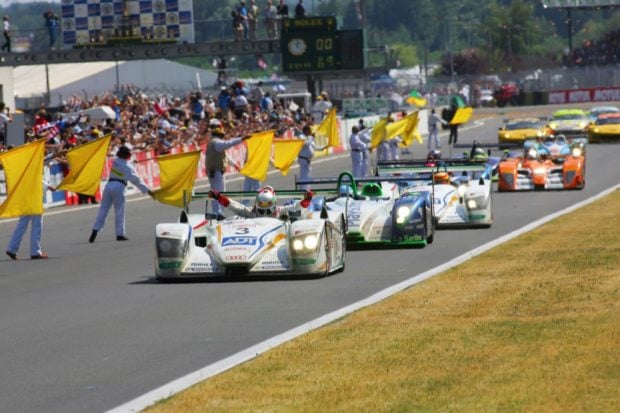 After retiring the R8’s, Audi continued its winning streak with the R10 TDI race cars starting in 2006, taking its 6th Le Mans victory in seven years  and earning the distinction as the first manufacturer to win the race with a diesel-powered car. Backed by over a decade of TDI turbodiesel technology, its R10 TDI prototype was powered by a twin-turbo 5.5-litre V12 engine that delivered 650PS and outstanding fuel economy, which is highly critical in endurance racing. It took home first prize from 2006 – 2008.

Audi went on to race with the R15 TDI/ R15 TDI plus for three years, winning on its debut in 2009 at Sebring, using a new V10 TDI engine that produced more than 600PS and over 1050Nm of torque. Audi further introduced the redesigned R15 TDI plus. Audi ended its last six  years of competition at Le Mans with the R18 TDI, with Audi winning 4 more races, taking its victory tally to 13 in just 18 years.

Entering 2012, Audi had four cars at Le Mans – two R18 ultras and two R18 e-tron quattros. Both had turbodiesel engines and despite having only half the number of cylinders of the 5.5-litre V12 turbodiesel that powered the R10 TDI in 2006, its 3.7-litre V6 turbodiesel was not only a faster race car but also significantly more fuel-efficient. It was the year that Tom Kristensen took home his 9th and final victory alongside Scotland’s Allan McNish and France’s Loïc Duval. 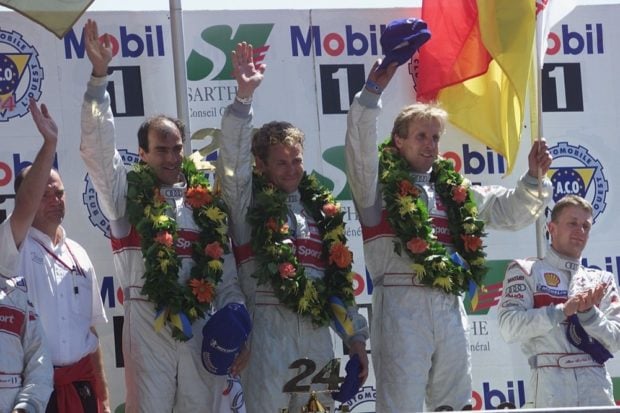 Audi continued to develop the R18 e-tron Quattro in its last 3  years of Le Mans racing, and continued Audi’s winning streak in 2014, thanks partly to its enhanced fuel efficiency. It used 22% leass fuel than its 2013 winning car.  On its last race in 2016, the e-tron quattro name was dropped, but its hybrid and all-wheel-drive technologies were retained. The R18 was the most powerful and efficient Audi race car to date, using 46% less fuel than the 2006 TDI race car. Its modified hybrid system utilised lithium-ion batteries for optimum energy storage.

It then turned its focus to racing the Formula E as a manufacturer for the 2017/18 season and of course, winning the title in its debut year.