Porsche Taycan is now in the Philippines 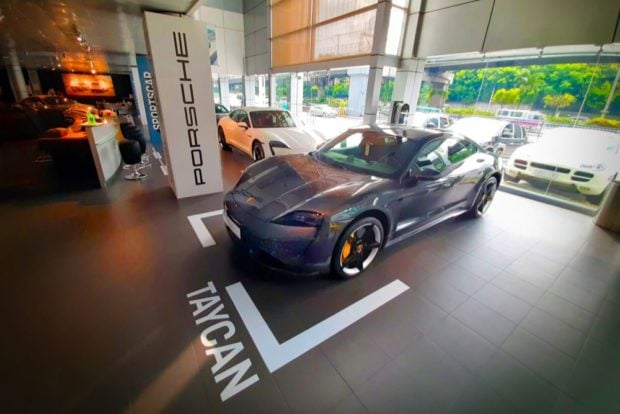 The much talked about Porsche Taycan, the brand’s first fully-electric, four-door sports car Porsche Taycan is now in the Philippines.  Launched at the 2019 Frankfurt Show, it started life as the Mission E Concept Vehicle in 2015. The Taycan comes in three variants, and now available locally is the flagship version, the Taycan Turbo S.  The nameplate Taycan is loosely translated in Turkish as “lively young horse”.  Porsche gave the flagship variant the turbo badge despite the absence of a forced induction system only found in internal combustion engines (ICE). Perhaps it is an homage to all the top variants of its ICE cars bearing the turbo moniker.

Despite its 4-door configuration, Porsche says the Taycan is a genuine sports car that is closely related to the iconic Porsche 911. The Taycan’s EV platform comes with Porsche’s legendary performance and is paired with connectivity with everyday usability, using advanced and environmentally friendly production methods and features set new standards in sustainability and digitalization. 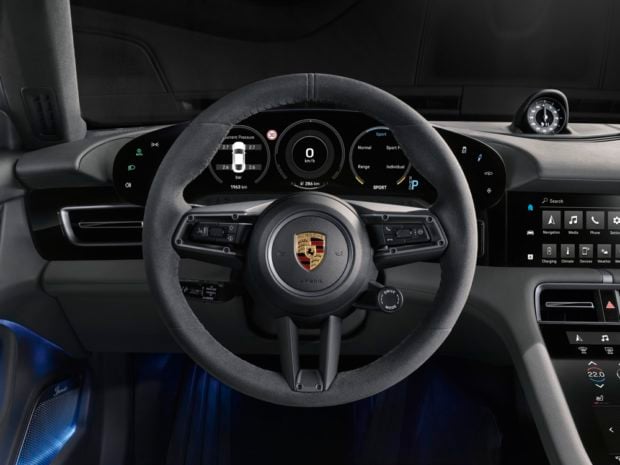 On paper, the Taycan Turbo S can generate up to 761 PS with overboost and has a combined power consumption of 26.9 kWh/100 km. Embodying what Porsche calls Soul Electrified, this 4-door sports car accelerates from a standstill to 100 kph in only 2.8 seconds and its driving range is rated at up to 412 kilometers. The Taycan is the first production electric vehicle with a system voltage of 800 volts instead of the usual 400 volts for electric cars, allowing for quick battery-charging times. 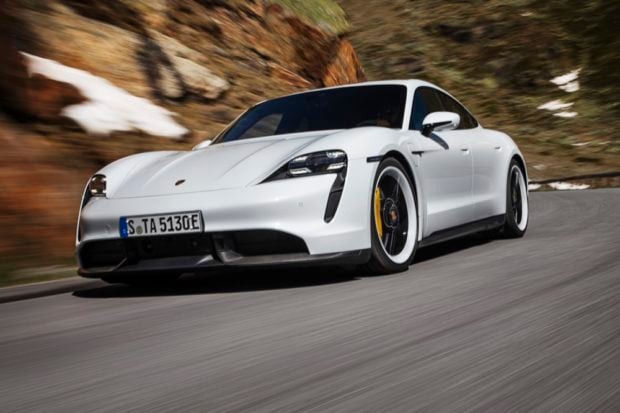 Porsche Philippines also announced that it has partnered with ABB, a Swedish-Swiss multinational technologies company to make sure there is electrification infrastructure support from one of the best companies in this field. ABB is a global Fortune 500 company specializing in robotics, heavy electrical equipment, power generation and automation technology with over a decade of expertise in the electric vehicle charging market. The Taycan Turbo S uses the high-powered ABB DC Charger that can deliver up to 175 kW of power—the first of such type in the Philippines. Fitted with a 15-inch touchscreen display interface and a Combined Charging System Type 2 plug, this ABB unit can charge the Taycan Turbo S from 10% to 80% charge in about 30 minutes, which is good for a range of nearly 300 kilometers. A charging time of around five minutes using the 175-kW charger can yield up to 65 kilometers of driving range. ABB will be responsible in providing service and technical support for the Taycan’s DC charger. 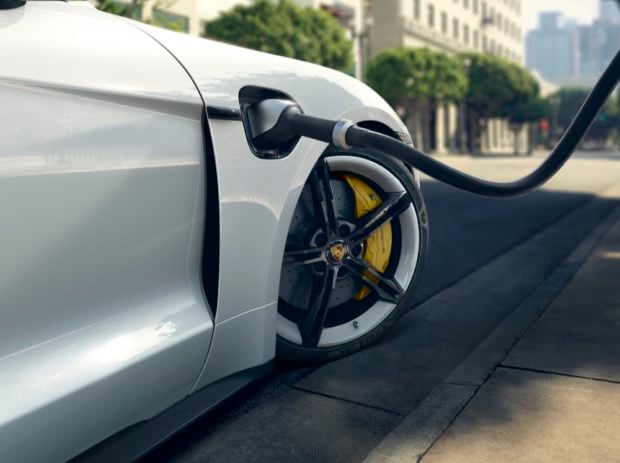 Every Taycan bought from Porsche Philippines will come with a Porsche Mobile Charger Connect, it is an AC charger with a 5-inch touchscreen display including smart features such as adjustable current rating, charging history and PIN lock.  The charger can be plugged into any household socket, or into an industrial socket for faster charging time—or as quick as nine hours.

The Taycan is built at the automaker’s bespoke, CO2-neutral production facility in Zuffenhausen, Germany. The Taycan uses a pair of permanently excited synchronous motors, or PSM. Fully electric vehicles are widely considered as the ultimate goal in eco-friendly mobility as these have zero emissions.