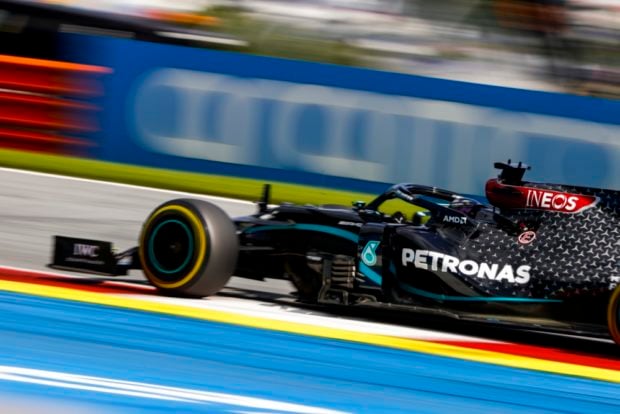 The winner of the 2020 Styrian GP was decided long before the checkered flag fell on Sunday. During a wet qualifying session, Lewis Hamilton outdid himself to convincingly grab pole position for the race. Lewis did a 1.19:273 sec lap in the rain, which was 1.2 seconds faster than P2 man, Max Verstappen. It was a mega lap time for the Briton. He was driving the car flat out, and it was all or nothing. His times just kept getting better and better. There was no denying it: Lewis wanted pole and the win.

Race start saw Hamilton lead the field in the run to turn one, incident free. Then, upon reaching turn three, carnage! Majority of the cars took the tight corner with relative ease, knowing full well that a race was not won on the opening lap. The only exception was Charles Leclerc in the #16 Ferrari. The Monegasque tried a move on the inside of his team mate. The ill-advised dive resulted in Leclerc clipping the apex, lifting the SF1000, and slamming wheel first onto the rear wing of the #5 Ferrari of Vettel. The impact shredded off Seb’s entire rear wing, forcing the German to crawl back to the pits and into retirement. Leclerc pitted for new components, only to retire a few laps later to end his suffering. Both cars were wheeled into the garage, beyond repair. Ferrari had brought in new aero components that were supposed to help them keep within striking distance of the Red Bulls. Instead it was just another disastrous weekend for the Scuderia. 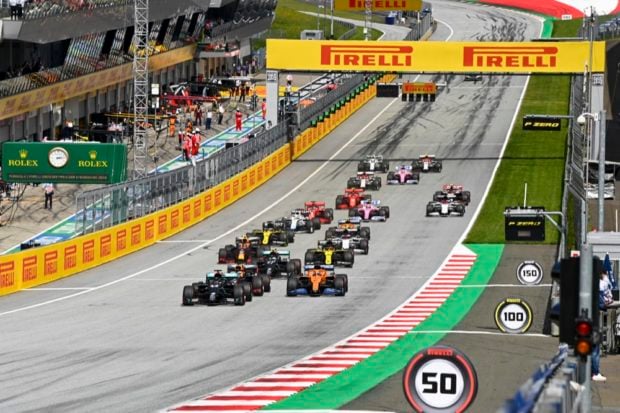 Out in front, Hamilton was managing his tires and a four second gap to Max Verstappen. Lewis, learning from last week’s race, was making his Pirellis last to ensure he would have substantial grip near the end. Following seven seconds behind the flying Dutchman was Valtteri Bottas, who was also managing his tires for a challenge in the closing laps. The top three were so far up in front that even after their requisite pit stops, the running order was still Hamilton leading from Verstappen and Bottas.

Lewis had the race in hand. There were no challengers, no problems encountered, and it was going to be win number 85 for the six-time World Champ. 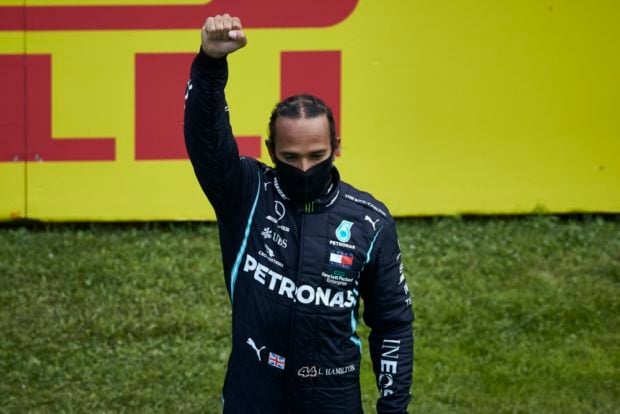 The only thing left undecided was: who will take the remaining steps on the podium. Bottas was not attacking Max mid-race, but with about 20 laps to go, the Finn, sensing that the Red Bull was struggling for grip, began his assault for P2. Slowly but surely, Valtteri clawed his way back into contention. Then on lap 65, he challenged Verstappen for second place. Aided by DRS and the power advantage of the Mercedes engine, Bottas easily swept past Max with four laps to go and make it another Mercedes 1-2.

Down the field, it was another story–the battle for positions was tight. Racing Point was fighting it out with the Renault, while McLaren were shadowing both teams, just waiting for the opportunity to pounce on any mistake.

For the second race in a row, Lando Norris made his move to join the fight for P5 in the dying laps. Then with just two laps to go, the #4 McLaren was sniffing the fumes of both the Renault of Ricciardo and Stroll’s Racing Point. “Last Lap” Lando squeezed all the power he could muster from the McLaren and passed both cars with relative ease. The 20-year-old then set his sights on the # 11 of Perez, who at that time was struggling for pace due to a broken front end plate. Norris convincingly overtook Perez in the final corner to cross the line in fifth place.

Hamilton took the 85th win of his career. Lewis is now only six shy of equaling the record held by Michael Schumacher.

In the race for the driver’s championship, Bottas leads Hamilton 43-37, while “Last Lap” Lando is in 3rd with 26 points to his name. Despite crashing out this race, Charles is in 4th place with 18, while Sergio Perez rounds up the top five with 16 points. In the Constructors Championship, Mercedes leads the field with 80 points, while Mclaren is in 2nd with 38 points. Red Bull, Racing Point, and Ferrari close out the top five with 27, 22, and 19 points respectively. Next up is the Hungarian Grand Prix on July 19.