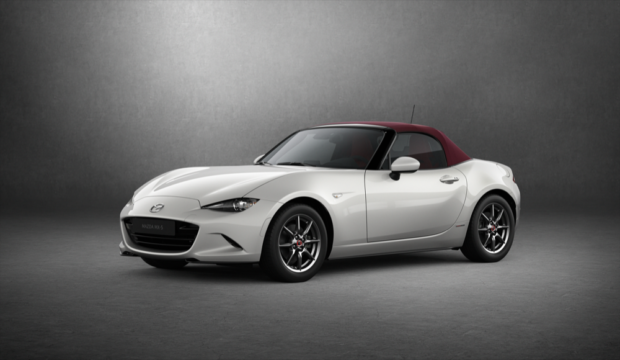 Mazda Philippines commemorates the iconic Japanese brand’s 100th Anniversary this 2020 with the limited release of Mazda3 and Mazda MX-5 100th Anniversary Special Edition models in the country. Only 15 examples for the Mazda3, and 24 for the Mazda MX-5, will be made available to customers in the Philippines to mark this historic milestone. Here’s the news from Mazda:

Inspired by the Mazda R360 Coupe, the marque’s first passenger car model, the 100th Anniversary Special Edition models sport a Snowflake White Pearl finish with red seats and floor carpets. The two-color retro motif represents the brand’s dream and Never Stop Challenging spirit that have been passed on from one generation to the next since the company’s inception as a cork manufacturer a century ago. 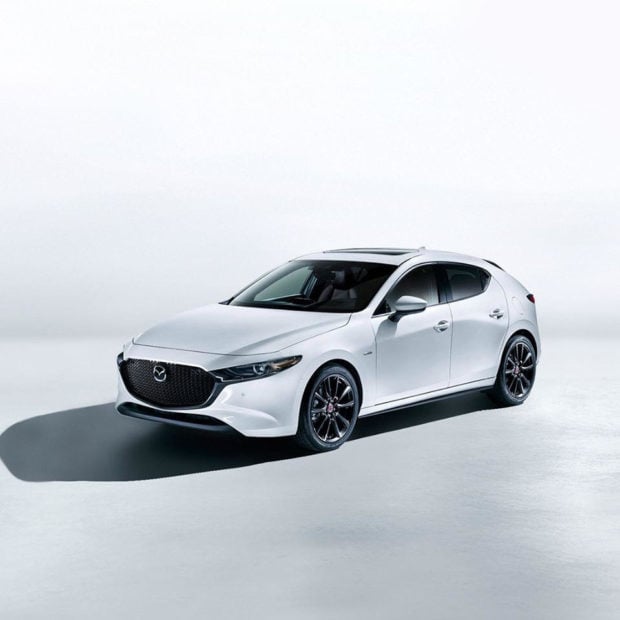 “For 100 years now, Mazda has remained true to its promise of making cars that defy convention,” shares Mazda Philippines president and CEO, Steven Tan. “As we celebrate a century of manufacturing, design, and engineering expertise, we also would like to thank our customers by letting them commemorate this milestone with us.” Tan adds, “By making these 100th Anniversary Special Edition models available in the Philippines, Mazda acknowledges the passion of our loyal customers. We wish to thank them for allowing us to create unique products that continue to brighten their lives.” 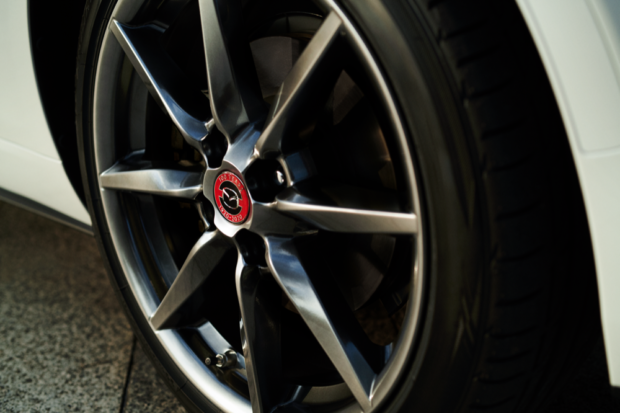 With these commemorative details, owners will surely be reminded of Mazda’s rich heritage and its long-time commitment to contribute to the world through engineering.

Only 700 units of various 100th Anniversary Special Edition Mazda models will be produced and sold around the world. With the coming arrival of 15 Mazda3 and 24 Mazda MX-5 commemorative models in the Philippines, the privileged few who will revel in the honor of celebrating a century of engineering innovation, design heritage, and driving passion with Mazda will surely be rewarded with a stunning collector’s masterpiece that is a hundred years in the making.

A Tribute to 100 Years of Design and Innovation 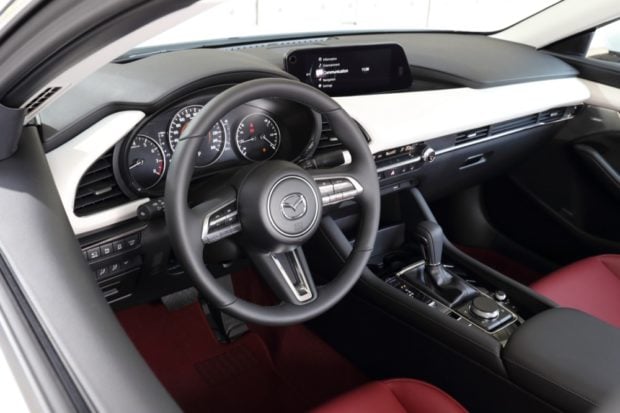 A car for the people, honed with cutting-edge technology. A fulfillment of many a drivers’ dreams and aspirations. Today’s Mazda3 is the modern-day interpretation of the dream that made the Mazda R360 Coupe possible.

With more than 6 million units sold globally since 2003, and more than 20,000 sold in the Philippines, the Mazda3 continues to be one of the most notable nameplates for pushing the envelopes of design, engineering, innovation, and direction for the brand. 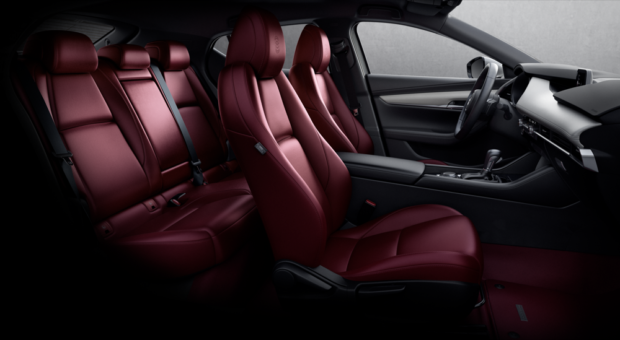 Aside from the 100th Anniversary Special Edition adornments, the Mazda3 commemorative models are garnished with white interior trims and high-gloss black wheels to further set it apart from other variants.

Recognized with the World Car Design of the Year Award for 2020, the Mazda3 represents the pinnacle of Mazda’s Evolved Kodo: Soul of Motion design language. By resonating the Japanese aesthetic of less is more, the Mazda3 brings the brand back to its roots as a Japanese company rooted in a culture of simplicity and elegance.

Priced at P1,570,000 with an optional Mazdaspeed body kit for Php 75,000, the Mazda3 100th Anniversary Special Edition is a true representation of a century’s commitment to human-centric design and a rich heritage borne of culture and passion. It is the everyday collectable for the most loyal of Mazda fans. 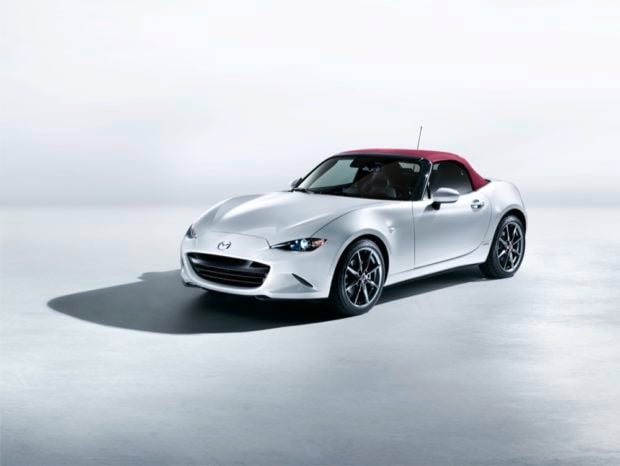 When Mazda set forth to create a lightweight sports car in the 1980s, it not only benchmarked the classic roadster design but also the inherent freedom driving one entails. With this industry-changing model, Mazda’s horse and rider as one philosophy, Jinba Ittai, came to the fore.

Since its introduction in 1989, the Mazda MX-5 has become the symbol of pure, unadulterated driving. With over one million units sold, it has earned the reputation as the most popular sports car in the world. 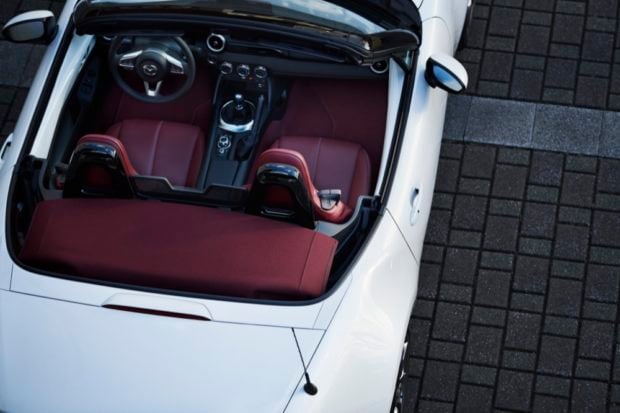 And in 2016, the fourth-generation MX-5 was recognized by esteemed motoring journalists around the world as the World Car of the Year and World Car Design of the Year winner. This was the first time in the World Car Awards’ 16-year history that one model topped both awards in the same year. It was a historic achievement that earned the MX-5 its flagship status for the brand. 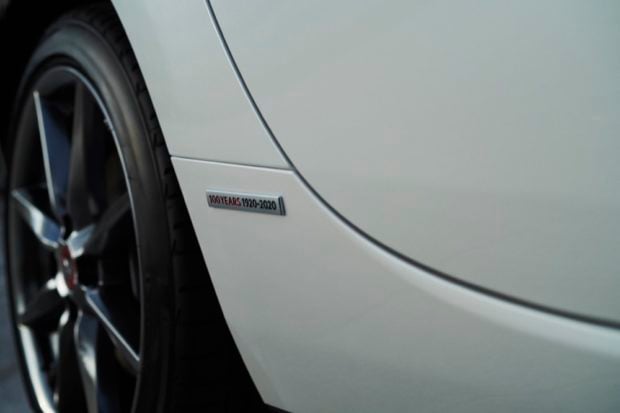 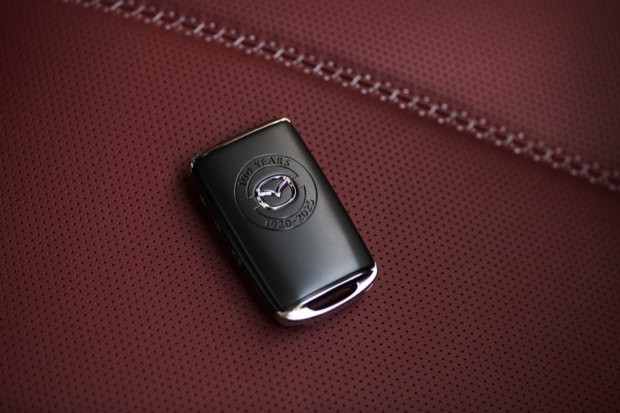 The 24 examples of the commemorative roadster to be made available in the Philippines are equipped with the latest 2-liter Skyactiv-G motor producing 184PS and 205Nm of torque. They all feature a 9-speaker Bose® Sound System along with top-of-the-line features currently available in the MX-5.

In 1920, Toyo Cork Kogyo Co. Ltd, a company that produced cork in Hiroshima, Japan, laid the foundation for a brand that represents the finest ideals of Japanese manufacturing. The seeds of Mazda Motor Corporation had been planted.

Born out of the resiliency and courageous grit of its home city, Mazda became an essential partner in rebuilding a war-ravaged Hiroshima. With its three-wheeled trucks known as the Mazda-Go, the city was able to brandish its challenger spirit and rise from the ashes to become a leading industrial hub of the Japanese economy.

Mazda’s role to rebuild a nation evolved into manufacturing instruments of mobility for the developing nation. This culminated in its first passenger car, the Mazda R360 Coupe.

Sold in the ‘60s, the Mazda R360 Coupe laid the groundwork for a unique corporate philosophy that would see Mazda build, innovate, and defy convention in car design and manufacturing. The lightweight automobile was advanced, it broke industry convention and heralded the future of Mazda automotive engineering prowess for passenger cars. This same philosophy has been at the heart of every Mazda vehicle development since then.

Innovation at the Heart of Every Mazda

Defying convention is not new to Mazda. In 1967, Mazda unveiled the Cosmo Sport 110S, the first volume production rotary engine-powered sports car. After years of research and development on an engine technology that no other brand believed in, Mazda engineers were able to harness the potential of the rotary engine. A range of cars and commercial vehicles driven by this groundbreaking technology was born, ensuring the brand’s presence in the annals of automotive history.

In 1991, after 18 years of competing in the highest level of sports car racing, Mazda took the overall win in the prestigious 24 Hours of Le Mans with the rotary-powered Mazda 787B. For the next 27 years, Mazda held the title as the only Japanese brand to have ever won the race cementing its place in history as a brand known for innovation and perseverance.

Whatever the odds, Mazda engineers have continued to create cars that push the boundaries of design and engineering. This is the Mazda legacy borne out of 100 years of embracing a trailblazing culture and a passion to elevate the norm.

Since 1920, an emotional connection to the people has been at the core of every Mazda product. Every automobile Mazda creates aspires to stir the emotions. To bond with the driver. To coexist with a mobile society and to ensure environmental sustainability.

Today, Mazda Motor Corporation is committed to invest in research and development as its duty to future generations. Driven by passion, the brand is focused on enriching its customers’ lives with its newfound focus on premium design, build quality, and performance. After a century of accepting and facing challenges, Mazda is now set on continuing the journey to reinvent itself as a first-class brand. As it continues to put humans at the center of each design direction, Mazda will continue making cars that create an emotional bond between man and machine. It remains determined to build products that will withstand the test of time. 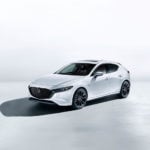