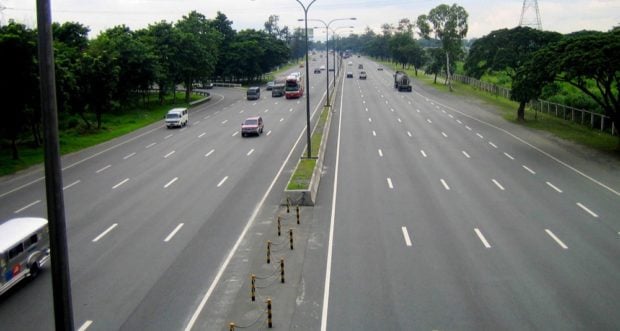 San Miguel Corporation (SMC) is banking on two major, game-changing infrastructure projects to help the Philippine economy, now battered by the COVID-19 global pandemic, get back on track and transform Luzon into a growth powerhouse within just five years.

The two projects–the 420-kilometer South Luzon Expressway Tollroad 5 (SLEX-TR5) that will connect Quezon province and the Bicol region, and the 19.40-km. Pasig River Expressway (PAREX), that will connect the eastern and western sides of Metro Manila– represent a combined P121.8 billion investment in the Philippine economy.

Much of that investment, according to Ang, will go into salaries for thousands of workers and payments to local contractors, materials suppliers, haulers, and the national and local governments.

“As we said before, San Miguel is fully committed to helping our country overcome this crisis. A big part of that is to continue, and not hold back, on new investments. These projects will deliver hundreds of thousands of jobs and put money in the hands of the Filipinos—sustaining and boosting our economic recovery, even as we build for a much better future,” said SMC president and COO Ramon S. Ang.

“SLEX TR5 will take four years to complete, and PAREX, three years. By that time, the pandemic would have been far behind us. Other major infrastructure projects would also be complete. Our Bulacan Airport project would also be complete. So imagine: within five years, the Philippines will be transformed, and be better than ever,” he added.

With this, the Technical Working Group (TWG) of the TRB, composed of representatives from the DOTr, the Dept. of Public Works and Highways (DPWH), the National Economic and Development Authority (NEDA) and Dept. of Finance (DoF), are now conducting discussions with SMC and its joint venture partner, PNCC, on the technical, financial, and legal considerations for the project.

Ang outlined the specific features and benefits of the projects:

* •          It will reduce travel time from Lucena to Matnog from 9 hours to 5.5 hours, and connect major urban centers in Quezon and Bicol

* •          It will provide a faster road alternative from Metro Manila and hasten the development of new growth centers in the Quezon and Bicol regions and other southern parts of the country.

* •          A 19.40-kilometer, six-lane, elevated expressway traversing the entirety of the Pasig River, it will start from Radial Road 10 (R10) in Manila and end at a connection of the South East Metro Manila Expressway (SEMME) at Circumferential Road 6 (C-6).

* •          It will decongest primary corridors of R10, EDSA, and C-5 by providing connectivity among toll roads and freeways and diverting traffic to other alternative routes.

* •          It will provide faster access to the country’s largest business districts, Makati, Ortigas, and BGC.

Start of construction of the projects is eyed as soon as all permits and clearances are obtained.

“Hopefully, we will be able to finalize with government and they will find our proposals favorable to the country. In the short to medium term, many of our people need jobs. Among the most affected by the economic impact of COVID-19 are laborers, those who rely on daily wages, and many in the construction industry,” said Ang.

“We also have a lot of engineers or technical and labor workers from abroad who have either lost their jobs or decided to come home to their families, but now face an uncertain future. We can use their talent, experience, know-how, and skills to help us build our country back better,” he added.

Apart from jobs, Ang said that massive infrastructure projects such as its P734-billion airport project in Bulacan, significantly boost local economies, where small and medium local industries develop to provide for the needs of workers and the development itself.