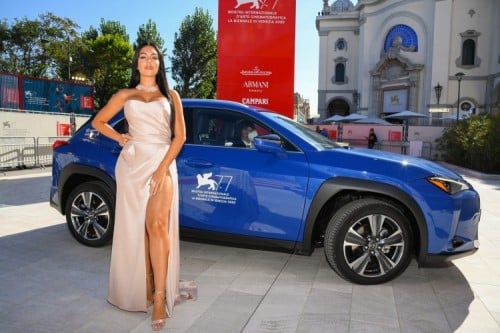 The 77th Edition of the Venice International Film Festival came to a successful conclusion on Saturday (12 September). It was an event like no other in its history, as famous names from the movie world and audiences gathered in masks and with social distancing in respect for the Covid-19 global health emergency. Lexus was proud to carry out its duties as official car supplier to the festival for the fourth year running, its cars contributing to the style and glamour of the red carpet receptions – moments captured in a series of striking pictures. Here’s the news from Lexus: 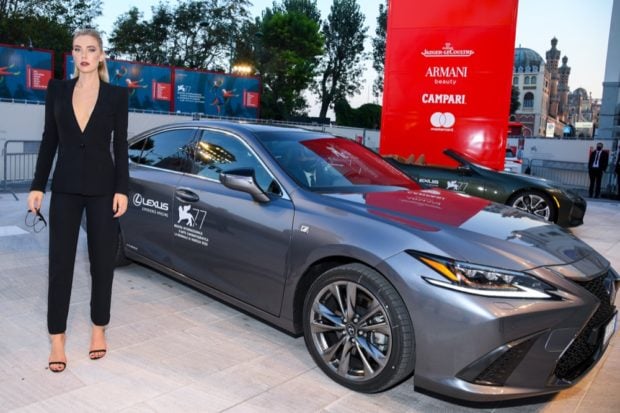 VENICE, ITALY – SEPTEMBER 06: Vanessa Kirby arrives on the red carpet ahead of the “The World To Come” screening during the 77th Venice Film Festival on September 06, 2020 in Venice, Italy. (Photo by Pascal Le Segretain/Getty Images for Lexus)

“We are proud to have been part of the Venice International Film Festival, in this our fourth year as official car supplier. It was particularly special for us and everyone involved as the festival communicated such a positive message of renewal at a time when we are still dealing with the impact of the global health emergency,” said Maurizio Perinetti, Director of Lexus Italy. “Once again, we have expressed the values that shared between Lexus and the world of cinema, in the best possible way. In the same way the finest art films are created, Lexus cars are a skilful combination of essential qualities that can communicate unique emotions.” 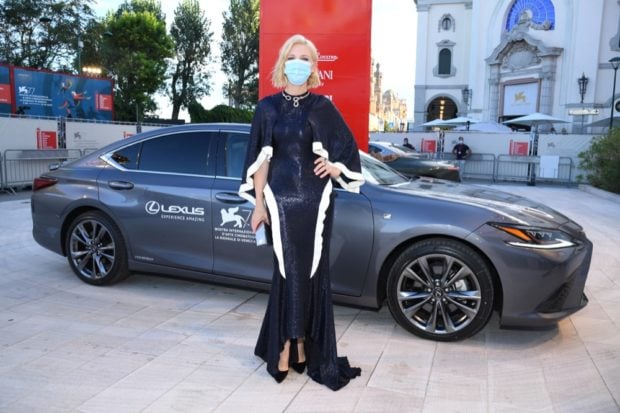 The festival stars travelled to and from the official screenings and receptions in the comfort of a Lexus, with a fleet of 36 premium hybrid electric models in service during the 11 days of events. The festival also provided a high-profile showcase for the new UX 300e and LC Convertible. The UX 300e represents mobility of the future as Lexus’ first all-electric model, a luxury urban crossover that produces zero emissions. The LC Convertible is a new style icon, interpreting the international award-winning design of Lexus’ flagship coupe in the form a beautiful and exclusive soft top. 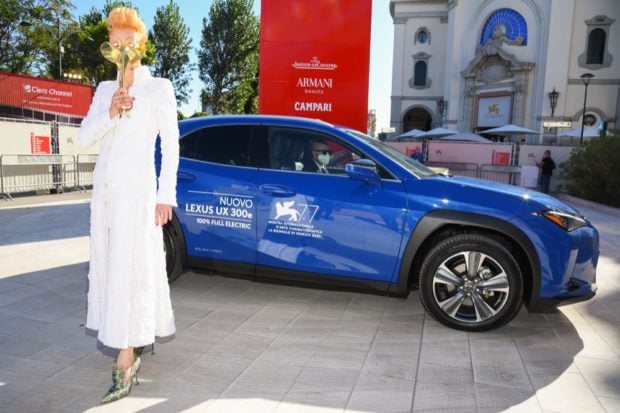 VENICE, ITALY – SEPTEMBER 03: Tilda Swinton arrives on the red carpet ahead of the movie “The Human Voice” and “Quo Vadis, Aida?” at the 77th Venice Film Festival at on September 03, 2020 in Venice, Italy. (Photo by Pascal Le Segretain/Getty Images for Lexus)