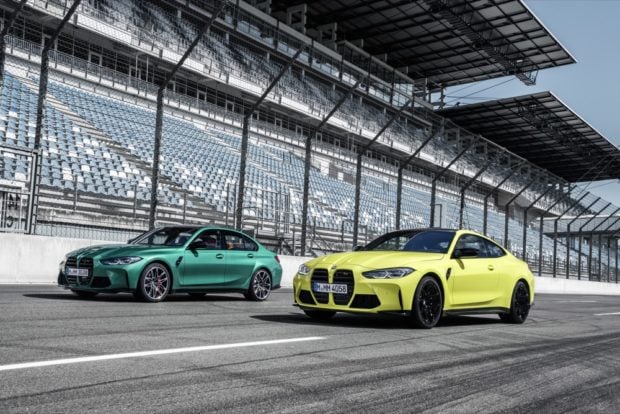 Thirty five years after the debut of the first BMW M3, BMW is presenting the latest generation of its high-performance models that fuse track-focused performance with everyday usability. Here’s the news from BMW:

The new BMW M3 Competition Saloon and new BMW M4 Competition Coupé occupy very different territory – one a saloon with space for five occupants, the other a four-seater coupé – but they both achieve their common goal of delivering pure driving pleasure. 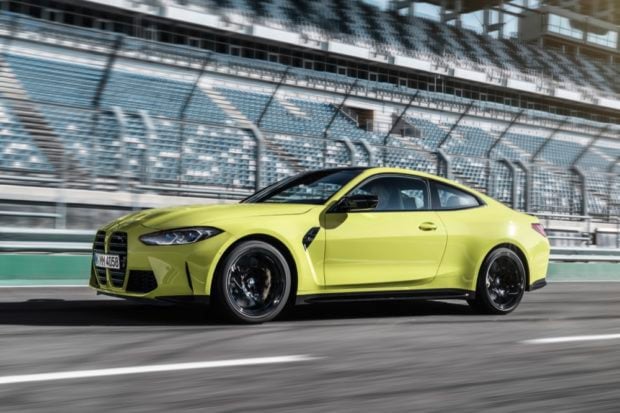 Class-leading levels of standard equipment plus options that take individualisation to new heights, especially for racetrack outings, ensure both models will continue the success of their formidable predecessors.

Optional equipment is offered in six main packages – Comfort, Technology Plus, Visibility, M Carbon, M Pro and Ultimate. Beyond these packages, there will be a select number of optional items including M Brakes in red, blue or black, M Carbon exterior, M Carbon seats and Park Assistant Plus with Drive Recorder. 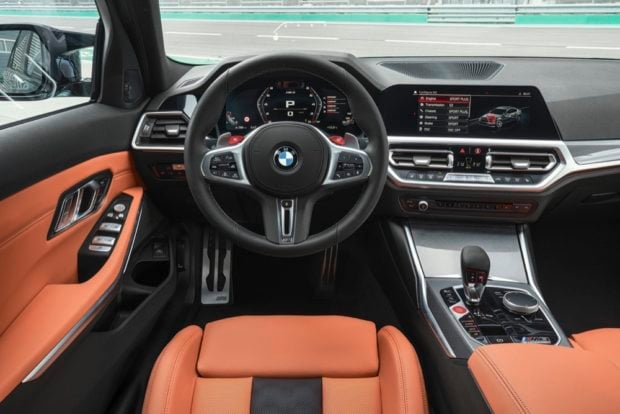 Under the bonnet of the new BMW M3 Competition Saloon and new BMW M4 Competition Coupé lies a 510hp high-revving straight-six engine with M TwinPower Turbo technology, which teams up with an eight-speed M Steptronic transmission as it sends its power to the rear wheels.

Both models will also be available (expected from summer 2021) with M xDrive, which offers even greater directional stability and supreme traction without compromising on agility. 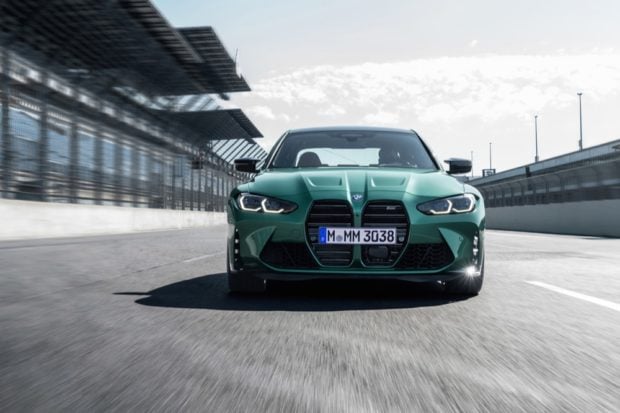 Straight-six engine delivers high performance in signature M high-revving style
The engine powering the new high-performance models sets a new high point in terms of output and torque for six-cylinder in-line petrol units from BMW. The power unit offers 60hp more than the maximum output of its predecessor models and increases its peak torque by 100Nm.

The new 3.0-litre straight-six engine combines the hallmark high-revving character of BMW M engines with the latest version of M TwinPower Turbo technology. The engine maintains peak torque up to the moment where maximum output is reached: 650Nm is on tap between 2,700 and 5,500rpm, from when maximum output of 510hp is sustained up to the 7,200rpm red line.

The M3 Competition Saloon and M4 Competition Coupé accelerate from 0 to 62mph in 3.9 seconds. Top speed is electronically limited to 155mph, rising to 180mph if the optional M Pro Package is specified. 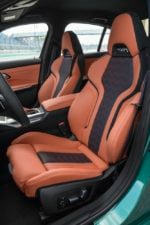