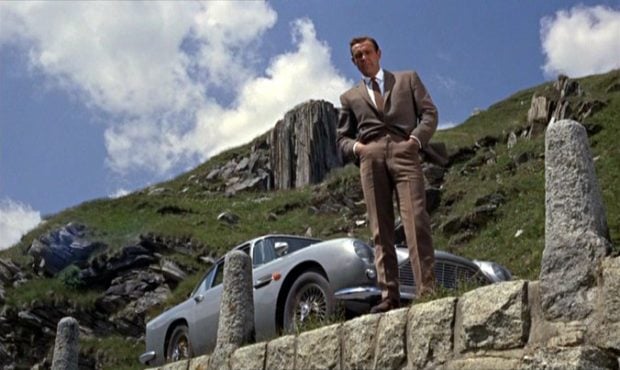 Sean Connery’s acting career spans several decades and has portrayed many roles but none as famous as super spy Agent 007 James Bond. He passed away in his sleep at the full age of 90 last weekend but his character lives on.

In his prime, he received many awards including an Oscar, three Golden Globe and two Bafta awards. His role in the 1998 movie “The Untouchables” won him an Academy Award for best supporting actor. In the year 2000 he was knighted by the Queen for his contributions in film. 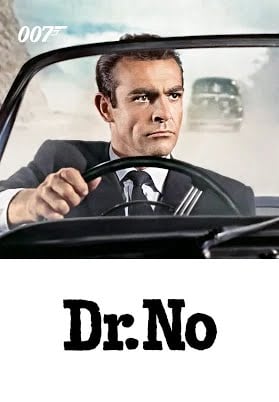 Connery first appeared as James Bond in the 1962 movie “Dr. No” and appeared in seven Bond movies. Just a year after, Eon released his second Bond film “From Russia with Love and consecutively starred in “Goldfinger” in 1964 and “Thunderball” in 1965. He took only a year’s breather then appeared again in 1967 in “You Only Live Twice”. George Lazenby temporarily took over as Bond in 1969 in “On Her Majesty’s Secret Service” and he went back to the silver screen as Bond again in 1971 in “Diamonds are Forever” which was to be his last James Bond movie produced by Eon. In 1983, a much more matured-looking Connery made his last appearance as Bond in “Never Say Never Again” released by Warner Bros.

Inquirer Motoring celebrates the larger-than-life and fast times of the world’s first James Bond, so we made a list of the notable cars that played a role together with Connery over the years.

Dr. No
One of the most memorable sequences was the car chase in this movie as Bond was being chased in the Blue Mountains by a sinister black 1939 LaSalle funeral hearse with the “Three Blind Mice” assassins as Bond drove a modest 1961 blue Sunbeam Alpine convertible. The chase ended with the hearse driving off a cliff in flames. 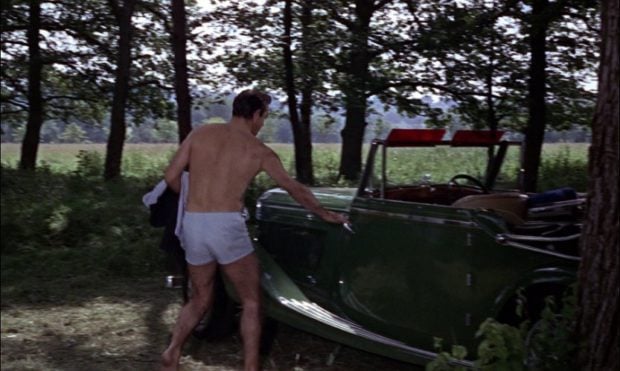 From Russia with Love

In this movie, Bond steps up and drove in a 1938 Bentley 4-¼ Litre Vanden Plas Drophead Coupe but was only used for a short time. Kerim Bey, Bond’s British Intelligence contact on the other hand, uses a 1958 Rolls-Royce Silver Wraith Park Ward Limousine and another Rolls-Royce Silver Ghost was used to pick up Bond at Yesilkoy Airport. Not much car action here, but there was the classic train scene on board the Istanbul-Venice route on board the Orient Express and a power boat chase. 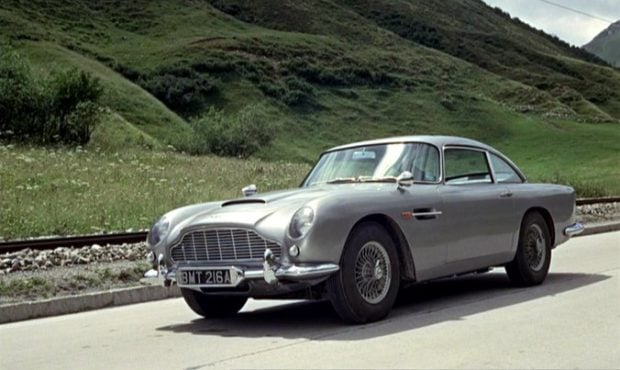 Goldfinger and the most famous Bond car

This was the first Bond movie to have the now-famous Aston Martin DB-5 coupe which became the quintessential Bond car. The DB5 has since appeared in seven Bond movies and will make another appearance in the upcoming “No Time to Die” Bond film starring Daniel Craig. For the Goldfinger film, two Aston Martin DB5’s were used to promote the movie at the 1964 New York’s World Fair. The DB5 Bond car together with all the gadgets and weaponry were the creation of special effects genius John Stears. 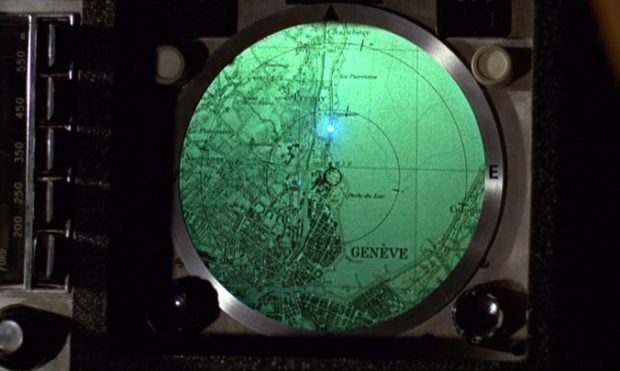 One of the cars was stolen back in 1997 and was never seen again. In 2010, RM Auctions was able to sell another DB5 used in Goldfinger and Thunderball for an equivalent amount of US$4.6million. Another DB5 Bond car was in the promotion of the Thunderball movie was sold for US$6.385million in 2019. In 1964, Corgi Toys released a DB5 toy merchandise complete with a functioning “ejector seat” and became the best-selling toy of the year. 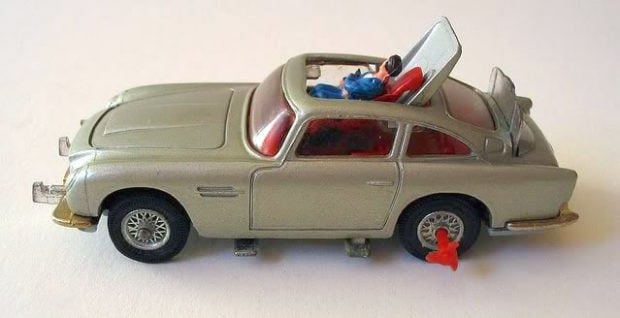 The car continued to see car chases and more gadgetry at work in the next movie, “Thunderball”.

You Only Live Twice

This movie also starred another highly collectible sports car. It was a custom-made Toyota 2000GT. What was unique about this car was Toyota had to remove the roof and make it into a convertible became Connery was too tall and couldn’t find into the coupe’s cabin. One of the cars was said to have been destroyed or sold off to a private collector, while the other one is safely stored at the Toyota Museum. The car is no longer on active display but if you asked nicely, perhaps the curator can give you a private tour, after all, you only live once. 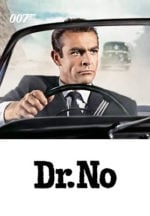