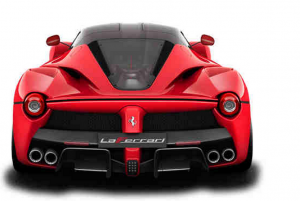 One unit of the extremely limited-edition supercar LaFerrari, of only 499 to be produced, will soon arrive in the country. The owner? A politician from the North.

The LaFerrari is dubbed the company’s most ambitious road car project, with its hybrid 6.3-liter V12 powerplant capable of 963 hp and 900Nm. Top speed is in excess of 350 kph. Price is an estimated $1.69 million (P76 million), excluding taxes and shipping. If we add the applicable customs duty, VAT and ad valorem tax, the total cost of the car would be P190M, excluding shipping.

Now Ferrari doesn’t just sell their cars to any old Giovanni who walks into the showroom. They only sell to previous owners, and in the case of LaFerrari, you would have to be a serious collector to even be allocated one. So how many Ferraris does this politician probably own already? At least five. 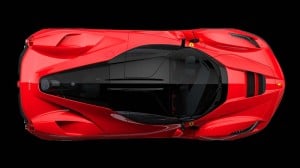 Here’s the report from Inquirer Business: The Aquino administration has used the influx of ultra-luxury car brands into the country—among them the Bentley and the Rolls-Royce and exotic cars such as Lamborghinis and Maseratis—as a concrete validation of the country’s rising economic status.

So how will the spin masters in Malacañang take the news that a Filipino is one of a few lucky individuals able to snag one of only 499 LaFerraris built by the prancing horse carmaker?

This is Ferrari’s first supercar in more than decade after it unleashed the Enzo 12 years ago. It has been dubbed as the fastest and most powerful Ferrari production car and the most expensive at $1.6 million each. Bugatti and Pagani should have “we’re not worthy” bumper stickers beside this beast.

Our Buzzards said that, to be given an allocation of the soldout LaFerrari, you should at least own five Ferraris registered under your name.

Our Buzzards further tell us that this Filipino LaFerrari owner is neither a billionaire nor a rich businessman but a powerful politician from the North. The LaFerrari owner is reportedly shipping in his baby soon and will have it parked inside one of the country’s economic zones. I know you all have stock guesses on who that powerful politician is, but your first answer is most likely wrong.–With report by Gil C. Cabacungan Jr.