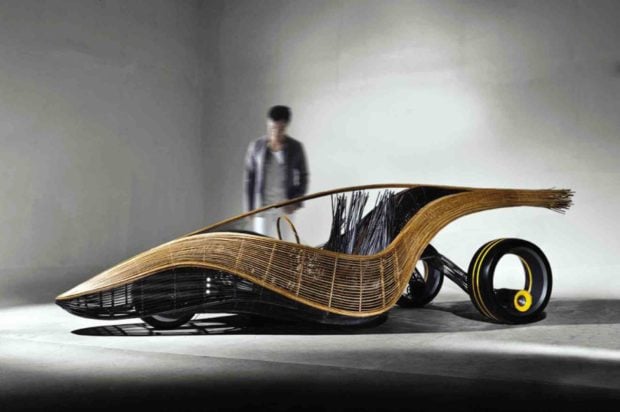 Just like his Phoenix concept car, Cobonpue resurrects classic cars back to life.

Whenever we talk about Kenneth Cobonpue, two things come to mind: furniture and fast cars.

Cobonpue is a world-class and multi-awarded furniture designer with roots from Cebu who played a big part in placing the Philippines in the world map of avant garde and creative designs made from and sustainable materials.

He boasts of patrons like Hollywood celebrity Brad Pitt, and has furnished “Ocean’s 13” movie sets and famous hotel lobbies like Nobu’s.

In 2007, Time magazine called him “rattan’s first virtuoso.” Among other awards, he was named the Designer of the Year in the first edition of Maison et Objet Asia held in March 2014 in Singapore.

Being a second generation furniture maker, the values that were instilled in him like work ethics, integrity, and dedication to craftsmanship mixed with his thirst for creativity that led him to where he is now.

His apprenticeship in a leather and wood workshop in Florence, Italy, and studies in design in New York and Germany gave him the necessary tools to craft many award-winning creations including the “Phoenix,” a concept car made of sustainable materials like bamboo and rattan.

The design concept of its outer shell is a tree leaf, with a single spine forming the backbone and merging all the other components seamlessly.

This biodegradable and light-structured vehicle drew many accolades, and even the attention of some German car brands like Audi and Mercedes-Benz.

Cobonpue returned home to Cebu in 1996 to manage Interior Crafts of the Islands, Inc., a furniture design and manufacturing company founded by his mother, Betty Cobonpue, in 1972. 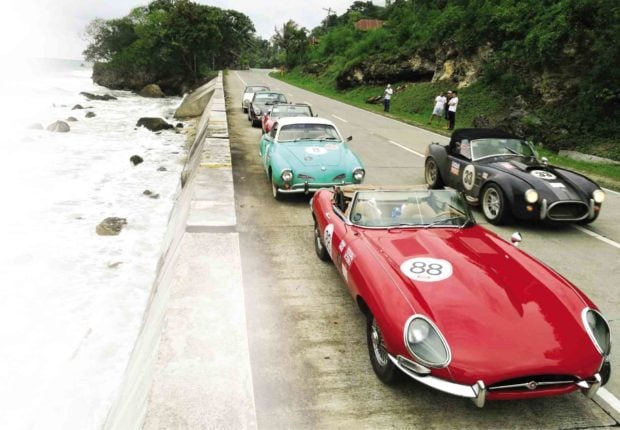 Cobonpue ‘s red Jaguar E-type and his classic car buddies would use their cars in regular fun runs and the biennial Tour de Cebu events.

Cobonpue’s workshop and showroom sits on a very prime and sprawling lot located along General Maxilom Ave. in Cebu City.

“I’ve been here for over 23 years already, and there’s been a lot of development recently including the nearby Ayala Mall, making this property very valuable these days,” said Cobonpue.

“This is also where I restore my own classic cars, and also for my friends and customers. It takes the same skill set and expertise in car restoration, so I started doing this a few years ago.”

Cobonpue even has a professionally installed painting booth equipped with proper lights, ventilation and heating to ensure a high quality paint job.

His exposure to the artisan world of fine furniture, and background knowledge in industrial design and attention to detail gave him the necessary discipline required in restoring show-quality vintage and classic cars of the highest level. 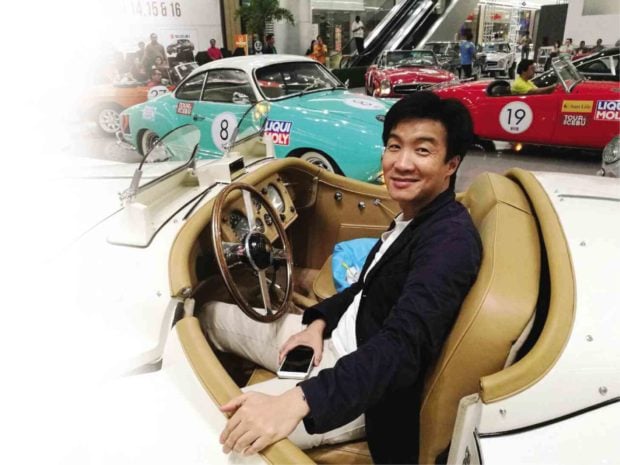 He and his circle of car collector friends teamed up with the Manila Sports Car Club, and they meet up twice a year to hold these races.

Beside a yellow classic Alfa Romeo 1750 GT in Cobonpue’s house sits one of his latest acquisitions, a 1960s Alfa Romeo Guilia Speciale.

This beautiful Italian classic was inspired from the BAT concept cars penned by Franco Scaglione for Bertone in the 1950s.

Cobonpue had taken the Guilia Speciale apart and restored it in top condition even if was well kept and still in good shape.

Also in his collection of classic collectible cars are a yellow Ferrari Dino, a rare flat-floor Series-1 red Jaguar XKE (E-type), a Jaguar XK120, and a Porsche 356 that he regularly drives on road trips with friends.